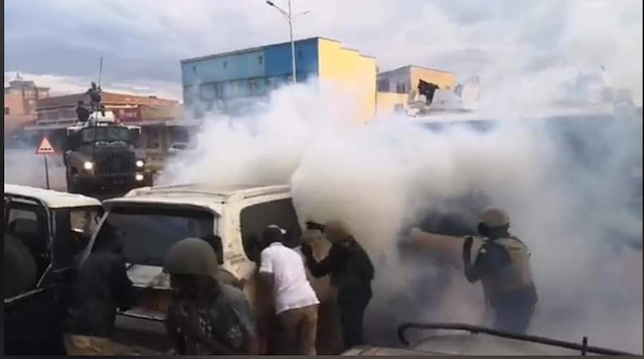 It is surely a tragedian moment for Mr Yoweri Museveni. His press fixer, Don Wanyama – a student of classic tragic drama – appreciates this tribute to his boss.

Museveni is the lead character in this play and his cast is to ensure he survives. By all means, he must. Sadly, however, in all classic tragic drama, the heroes and heroines die. But the good news is, in their death – or simply ignominious downfall – is their liberation. The tragic hero often finds freedom in his/her downfall.

To speak directly, it is not Uganda that needs liberation but, rather, the main character in this tragic drama. [Mr Museveni needs to be liberated from power. This could mean treating him for “acute self-rightosis” – an affliction caused by sycophantic company – or severe power-obsessive disorder.

It could also mean liberating him from the many looters hanging around his neck and have him at ransom to carry on. Or both]. As the tragic hero in this play, Museveni has to die. But he will not die of a weakness; rather, he dies from his greatness – his genius is his tragic flaw. The often-cited lines, “damned if you do, damned if you don’t,” are the classic example of a tragedian dilemma.

The hero is caught in series of tragic circumstances, where it is not safe moving forward or backwards. Either decision is risky and outright dangerous. But the character chooses to suffer bravely. So, Julius Caesar is warned of the ides of March, but he still goes to the marketsquare.

Not going would be an equally ugly sight, a show of weakness from a renowned soldier. And going had him murdered. You have to put yourself in Museveni’s shoes to understand the dilemma of pursuing a life-presidency in our time.

If he abolished the constitution and governed by decree, besides the hostility from the democracy crusaders, he would be unable to borrow money from the big lenders, nor would he receive any grants. To this end, he has to continue taking the country to the polls – with all the attendants’ expenses and threat to his presidency.

But besides having to ensure he fictitiously emerges victorious, he also has to make sure the election is not exploited by opposition groups to chase him out of office the Bashir-Mubarak- Mugabe-Keita- style. This is the point where violence becomes a necessary evil despite being equally a dangerous path.

Let’s start from the beginning: with the exception of monarchs, any political leader to continue governing, 20 years onwards, theft of elections, intimidation, murder, imprisonment and general violence against opposition [and journalists exposing this violence], have to become the standard operating procedures.

There is no other choice for the incumbent. At this point, it is theoretically incompressible and practically impossible for an incumbent to continue winning the hearts and minds of ordinary folks. He has no grounds to convince them. Look, after just 15 years, ideas, sentiments, histories, the dynamics upon which the incumbent emerged change significantly.

The ground is never the same: (a) There are advances in science and technology, which after 20 years, the incumbent has no answers for. (b) The electorate itself has also changed – young people with newer demands emerge – and want to be represented at the top. (c) The incumbent list of serious crimes will be long over a 20-year period.

(d) There is [a spectacle of ] fatigue with the incumbent’s face – which often ages and gets uglier – that the electorate would prefer changing to someone else. They could even be older, but fresh for media spectacle.

Against the above, one has to appreciate Museveni’s tragedian challenge. He can only secure the presidency by stealing the election, and can only protect the stolen election by committing more crimes: intimidation, murder, imprisonment and outright violence. These crimes, he has to commit before, in the course of, and after the election.

Now, his tragedian dilemma is this: once the wananchi are convinced Museveni’s only language is violence – as is coming too obvious to ignore – they will speak back in the only language the man understands. Kampala will be up in flames. And as I argued two weeks ago [Only the after- election moments worry Museveni, not the election], Museveni is doing all that he possibly could to safeguard the moments after the election.

To this end, folks in the opposition, and colleagues in the media, have to appreciate these dynamics as behind the violence of the incumbent and his state. It is his only choice. No amount of anti-violence pleas are registered by the state [police, electoral commission, judiciary], which is still under the full control of the incumbent. They are actually conditioned to amplify it.

The police, Electoral Commission and Judiciary are cogs in a NRM-Museveni power-machine. If the RDC and CAO in Mbarara have the temerity to warn public servants that they risked losing their jobs if they didn’t support Mr Museveni, one does not have to ask questions about the only options Museveni has to stay in power-violence – despite the potential risk this route has for him.

You clearly know that that has never happened and never will as long as M7 is still in power. What happened last week is not new doesn't represent that M7 has never faced a challenger like Kyagulanyi.

That's who M7 is and what he has been doing all his life. Killing innocent people is how M7 earns his living and he craves for such opportunities to exercise his hobby of killing. I hate to say this but facts are facts.

Once the polls are closed, Kyagulanyi will be under either house arrest or in police custody under the guise of protecting him.

Then M7 will be announced as the winner. Katikiro Mayiga will come out and passionately urge the nation to accept the bogus and rigged results. The Bishop C Lwanga will be one of guests to celebrate M7's rigged elections! Just wait and see.
Report to administrator
0 #42 Remase 2020-11-24 13:22
PrinceM, read the above story, a 15 year old boy has been remanded! Why? For exercising his constitution right. So, continue day dreaming!
Report to administrator
+1 #43 Wainanchi 2020-11-25 02:26
@Lakwena..
You surely know what my opinion about you is piece of shit!

And about your blabla narratives.
You just make normal people laugh and make fun of you...flush the toilet when you are finished.,hahaha
Report to administrator
0 #44 PrinceM 2020-11-25 18:28
Remase, this struggle is not a wedding party. People must die whenever a dictator is being removed.

Don't forget that an estimated 500,000 people perished in Luwero triangle when Museveni was coming to power. I can assure you he cannot kill even 1% of this number on his way out!.
Report to administrator
12345