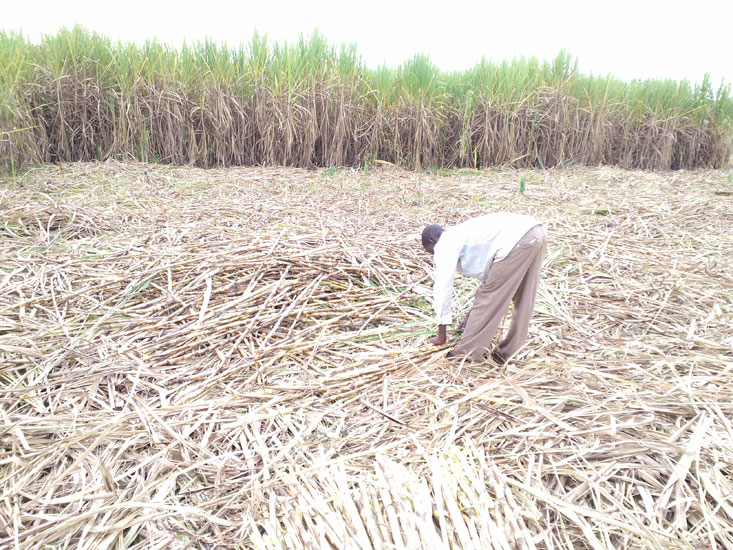 In the article, Tumusiime noted that he is a concerned citizen who hails from Bunyoro. The main argument of his article was that Bunyoro will only develop if sugarcane growing and other economic activities are encouraged in Bunyoro. Tumusiime was of the view that environmental resources such as forests have to be sacrificed for Bunyoro to develop.

He cited areas such as Buganda and others which developed because they sacrificed or cut down their forests. I am also a Munyoro, a Musiita by clan. I was raised and live in Bunyoro. In addition, I work with Africa Institute for Energy Governance (AFIEGO).

AFIEGO has worked in Bunyoro, including with Bunyoro kingdom, for many years to promote the development of the Banyoro based on sustainable development principles. Tumusiime’s article misrepresented this fact. In addition, his arguments were flawed.

Only naive people believe that destroying forests, wetlands, lakes, rivers, national parks and others for sugarcane growing can generate more income, jobs, revenues and wealth. One only needs to look at our brothers and sisters in Busoga to see this.

Busoga, which has been generating over 98 per cent of Uganda’s electricity, hosts the biggest sugarcane plantations, but remains among the poorest regions in Uganda. Yet the above factors should have put Busoga at an advantage. The truth is that both Bunyoro and Busoga are victims of bad governance.

This bad governance has failed the regions’ struggle to maximise investments in tourism and others. Instead, degrading activities like sugarcane growing and oil exploitation, which communities will not benefit from, are encouraged. Moreover, central Uganda isn’t wealthy because they cut down their forests as argued by Tumusiime.

It’s because commercial activities were encouraged. In fact, Buganda kingdom is aware of the negative impacts of destroying forests and for years now, the kingdom has been undertaking environmental awareness campaigns and tree planting. In Bunyoro as well, Bunyoro kingdom embarked on calling upon all mourners to plant trees at funerals instead of laying wreaths.

One wonders why tree planting at burials is encouraged yet Bugoma forest is being destroyed? It is notable that forests and other environmental resources have great economic value. A 2016 study titled Economic Valuation of Bugoma Forest indicates that the total value of the forest is worth Shs 200 trillion per year.

The same report, which was authored by Annet Kandole, indicates that part of Bugoma forest that was given to Hoima Sugar is worth Shs 40 trillion per year. Bunyoro kingdom is only being paid Shs 30 million per year in ground rate. Clearly, conserving Bugoma forest is more beneficial than destroying it.

The likes of Tumusiime have also chosen to deliberately remain ignorant of the above fact and of our Save Bugoma Forest campaign. They know the truth of the matter that CSOs are not the enemies of government and Bunyoro kingdom. Instead, they are friends. How does government and people like Tumusiime expect Banyoro to survive the impacts of oil, raising waters of Lake Albert, generate electricity from Kabalega dam, and sustain tourism amidst destruction of forests, wetlands, parks and others?

It does not matter whether or not the contested land is owned by Bunyoro- Kitara kingdom or the National Forestry Authority (NFA). The fact is that the forest is under threat from Hoima Sugar. The forest remains a national resource, which should be protected by any citizen, including the Banyoro. This is what our Save Bugoma Forest campaign is about.

People like Tumusiime should not mislead the country. People like Tumusiime also fail to understand that our struggle is based on the law. Unfortunately, corruption in Uganda has made it impossible for citizens to get redress and right decisions from courts, NEMA and others.

When corrupt people go to those institutions and get unjust decisions and baseless judgments, they run around proudly claiming victory and yet they will also suffer consequences of manipulation. NEMA can approve sugarcane growing in Bugoma forest and court can rule in favour of the kingdom. However, all we want is to protect Bugoma forest.

Economic activities based on conservation such as tourism, fishing, agro ecology and others are the only hopes of fostering development that doesn’t hamper human development in Bunyoro and beyond. If we cut down forests and replace them with sugarcane, droughts, fires and flooding resulting from climate change will not favor sugarcane growing. Poverty will, therefore, thrive.

The author is a field coordinator with AFIEGO.

That grass producing sugar which is the source of ill health today, cancers, cardiac arrests, high blood sugars, obesity etc..??? why cant they promote other commercial activity that will instead promote environment healing?
Report to administrator
0 #2 PrinceM 2020-10-28 16:26
As long as the sugar mill is not owned by the farmers but by government officials hiding behind fake investors, Bunyoro should brace itself for commercialised poverty. Busoga is a good example. Its the largest sugar growing region but also the poorest.

The best they will get are so called jobs that pay them slave labour wages. The Banyoro should form a cooperative, get government guaranteed loans and buy shares in the sugar mill
Report to administrator
+1 #3 kabinda 2020-10-29 09:06
The argument against the sugar industry is debatable ,sure, but the justifications raised here leave a lot to be desired.

The question of poverty in Busoga has a lot to do with how local politicians and traditional leadership have failed to leverage their own political capital to benefit their communities.

From the King eager to be patronized by Museveni, a speaker of parliament driven by personal ambitions and a sell out like Kivejinja, you do not see any local will to develop Busoga.
Report to administrator