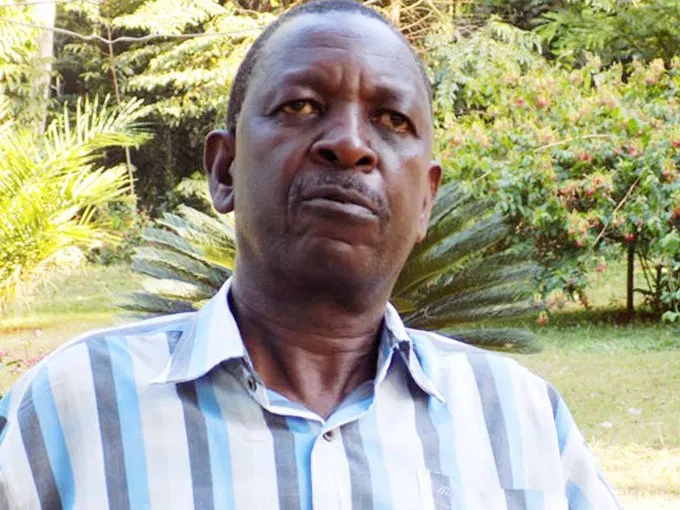 The recent firing of ISO boss Kaka Bagyenda has unearthed a lot of “secrets” in the media.

A number of reporters seem to be experts on the country’s intelligence and military goings- on. Some sections of the media, without self-censors, claim to be privy to “secret meetings” that concluded Kaka’s fate.

Does it mean that these media outlets are closer to the powers that be than others, or that they can throw anything in print and online for
a story?

Why can't the media keep secrets just for the sake of the country’s security? This question has to be answered so as not to excite the public in a country where matters of security are very sensitive.

On October 5, 2020 as I drove to work, I found a 79-year-old woman tilling a community road. This was like the fourth time in the last 14 months I have found this woman with her two grandchildren doing this work.

I parked the car aside and engaged her on why she was cleaning a public road. At the end of our chat, I reached in my pockets and bought a few kilos of sugar and went away. I started reflecting on the bulungibwansi (Ubuntu) that I used to see and participate in when I was young.

As I grew up, there was community service in my village and I think in the entire district of Mbarara called bulungibwansi. I don’t remember the frequency but it must have been once a month.

Men and women would go with their young children. Men would till land while women and youth would pick grass, sweep, and burn rubbish, among other activities.

The bulungibwasi brought on board benefits such as self-reliance and inculcated a deep sense of hard work, among others. It ensured sanitation prevailed in local communities. This also promoted togetherness.

Finally, it’s not too late for government at different levels to reignite the bulungibwansi philosophy. I urge local governments to enact bylaws in support of bulungibwansi. If possible, central government through parliament can as well enact a law compelling all Ugandans to carry out bulungibwansi at least twice a month.

The sacking of Col Frank Bagyenda Kaka was received with mixed feelings. No doubt Kaka’s three years’ tenure was full of controversies, blackmail, kidnaps and so on.

The once professional intelligence organization, ISO, was slowly becoming a den of thieves and mafias. In fact this sacking is overdue. Moreover, Kaka’s name was synonymous with Paddy Katende [Sobi], the self-confessed former head of the Kifeesi gang that used to terrorize Kampala until his recruitment as an ISO asset or undercover.

One wonders what will become of this convert [Sobi] now that his master and godfather is no longer in charge. Let’s not forget what happened on the eve of Christmas of 2017, when a one Sobi granted Kampala and the people of Uganda, a peaceful Christmas with a flip of his fingers, and so it was.

Excuse me for being paranoid, but a man that powerful, we need to keep a good trail of him to ascertain whose side he is on. Lest we risk becoming victims of a much violent gang than the infamous Kifeesi.

Likewise, the new management of ISO and other intelligence agencies should use Kaka’s mode of operation as an antithesis to what effective intelligent gathering ought to be.

There should be a culture of intelligence sharing to avoid a situation where agencies are fighting each other, rather than coordinating with each other. And when assets are recruited from gangs, cartels and so forth, they should be properly rehabilitated before they are deployed to work with our professional intelligence officers.

KCCA, save us from chaos in Munyonyo

Someone at Kampala Capital City Authority, or government for that matter, has to quickly come and stop the chaos building up in Mulungu village in Munyonyo.

Once a peaceful neighbourhood, Mulungu has turned into a mad spot where all sorts of characters flock the landing site to drink, smoke and engage in all sorts of activities.

While that is perfectly fine, it is the long queues of cars, that block access roads, that have made neighbours face a nightmare. This happens daily, by the way; and not on weekends.

Cars, with blaring music blasting through the windows, have become a mainstay in the area. This noise pollution is making it impossible for the neighbourhood to enjoy a nice quiet day.

In this era of Covid-19, there is a complete disregard of the standard operating procedures that government issued. Mulungu is becoming inhabitable because of the indiscipline of the revelers. KCCA needs to quickly come and look into this madness building up in Mulungu.

It was wrong to raid NUP offices

We recently woke up to news that a combined force of the Ugandan army and police had raided the offices of presidential hopeful and the charismatic youthful legislator Hon Robert Ssentamu Kyagulanyi, aka Bobi Wine.

Both the army and police have not explained their motive or whether there is a formal investigation. The armed forces detained more than 100 supporters of the NUP party. But the marauding forces took literally every document, computers, and whatever they could land on to stifle the nascent party from organizing itself to challenge President Museveni in the forthcoming elections.

The police confiscated nomination, promotional items, and apparently some money intended to pay for NUP flag-bearers in the just-concluded parliamentary nominations. The raid on the NUP head office is not the first of its kind and will not be the last.

The Forum for Democratic Change party, Uganda’s largest opposition party, has suffered its own episodes. The same combination of army and police have raided party headquarters at Najjanankumbi multiple times and at critical times, to carry away computers and sensitive party documents before, during and after elections.

The problem is that Ugandans take these violent state assaults as a mere episode, thereby ripping them out of the context in which such acts should be assessed and understood. The limits of democracy in NRM’s Uganda has been apparent and yet we fail to read it correctly.

The conditions that constituted a “free man” has eluded Africans and particularly, Ugandans, making our democracy stale. The Ugandan state has maintained this finesse of colonial violence and the Museveni regime not only usurped that violent state apparatus, they even sharpened it.

In such a suppressive condition, the free will of man is also squashed. There remain men without liberty and freedom, but only dependent men whose “free will” becomes their token for subsistence.

That free will becomes the preserve of violence. Under such a condition, liberation is reduced to a personal endeavor to supplicate the regime’s middle- class, for whatever they can spare.

There is no democracy without free will. This pervasive state violence means Ugandans will not be able to change their government through the ballot in the next thirty years.