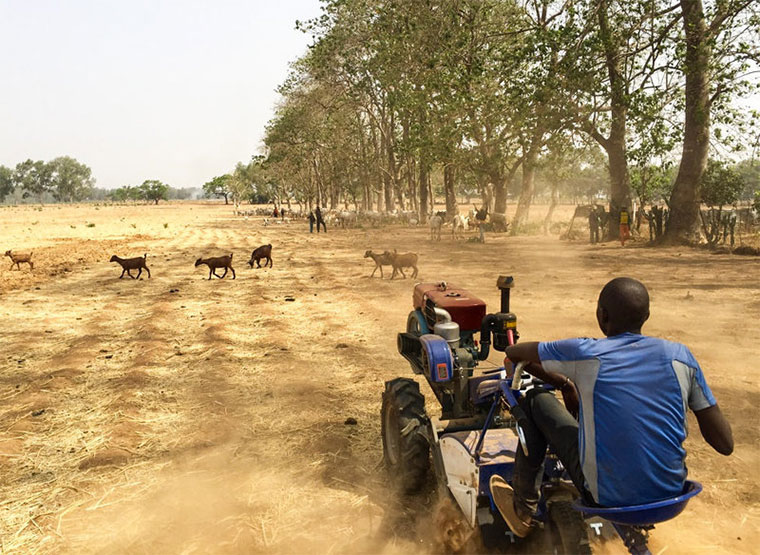 In the coffee industry, we have seen up close the impact of global climate change on the villages of eastern Uganda, where Endiro Coffee’s farmers live and work. The unfair reality is that the world’s greatest contributors to climate change are not those hardest hit by its effects.

Temperature changes, flooding, intensifying drought, mudslides and impact those who are most vulnerable to such things even when they do very little to cause them.

The American West Coast incessantly preaches on how to be eco-friendly and yet, ironically, due to what has now become known in there as “wildfire season,” they will once again have one of the largest carbon footprints in the world – an impact that Africa will heavily feel.

Popular journalism and public opinion have quickly made these out-of-control fires a USA election issue with the implication that either American President Donald Trump or former vice president Joe Biden has the solution for these wildfires somewhere in their back pocket.

There exists in the world places which know annual and bi-annual extreme dry seasons without also experiencing out-of-control fires.  In Uganda, there is a reason we do not call a “dry season” a “wildfire season”.  Bush fires are, of course, common here and often are intentionally used to clear ground of dead flora to revive the soil.

Such fires result in increased land fertility, quickly recovering flora and in a year, the recovery process absorbs more CO2 than what was emitted by the original fire. The forests now burning in the USA, on the other hand, will take decades to recover, if they ever do.

I am not suggesting that Uganda, or any other nation, has mastered the art and science of wildfire mitigation.  But I will say here is yet another example of the myth of the “poor African farmer” who due to their lack of formal education “doesn’t know anything.”

Every coffee farmer that Endiro works with is very capable of managing controlled brush fires, can make charcoal out of wood, and can cook their meals all without destroying the East African rainforests, which have come to be known as the planet’s “Eastern Lung.”

While the so-called “First World” may look down upon a Ugandan coffee farmer (or any African, for that matter) as not having anything of value to offer the world, we know this isn’t true.

As I recently stated in my address at the 2020 Uganda North American Association, I believe that the high-low technology spectrum is a myth written by the West to suppress and devalue the contributions of “the Rest”.

After all, it is “Silicon Valley,” and not Bududa which is on fire right now.  New apps or block chain strategies won’t change that. In Uganda, we are used to seeing groups of American teens coming to “save Uganda”.

But now, a plane full of farmers from Bukalasi, Iganga or Moroto would make more sense as trainers in California or Oregon – places where people cannot seem to figure out how to get through a dry spell without burning down the planet.

If Ugandans can challenge the presumptions of the high-low tech spectrum and call it out as merely another fruit of the colonialist worldview, then perhaps the world could be awakened to the existence of millions of brilliant people with massive amounts of much-needed wisdom, experience and practical knowledge.

In Okot p’Bitek’s masterpiece White Teeth, the Acholi hero who seems to be losing himself in the chaos of colonial Uganda keeps calling out his mwok – an ever-evolving poem which connects him to his clan, history and value.  In a day of wildfires and pandemics and increasing violence, Uganda needs to remember and call out its mwok to let the world know there are teachers and leaders here.

As a Mzungu myself in a majority Ugandan-owned company, let me say on behalf of my countrymen that we need to hear Uganda’s mwok. America needs Uganda as a teacher.

The author is the Co-CEO, corporate executive chef and brand manager of Endiro Coffee

0 #1 Kirya 2020-10-26 18:10
I live in California and trying to figure out how a poor country like Uganda can say anything to stop the file! Is the writer out of his mind? Uganda is dealing with an unqualified president who does not have the necessary documents to hold or run for the office of the president.

He has no birth certificate nor academic papers.
The dictator has killed over 5 million natives!! and the world has looked the other way!!
Report to administrator