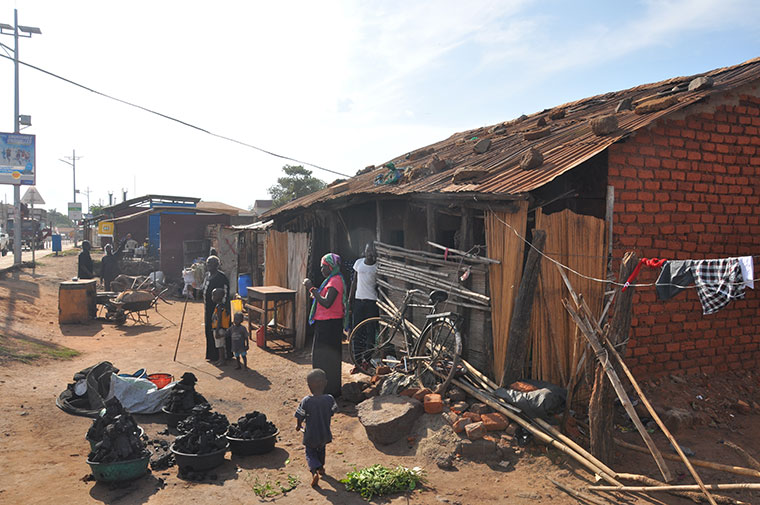 One of the things Africans take great pride in, especially in comparison to other societies, is being communitarian.

Traditional African society is projected as one where there was/is care for the wellbeing of every member. The dictum ‘I am because we are’, which the late Kenyan theologian, John S. Mbiti, coined in the shadows of the French philosopher Rene Descartes’ ‘I think therefore I am’, has often been presented as a summary of our African bond.

It is as well the bedrock of Ubuntu philosophy, which in many circles is considered to be an embodiment of traditional African values – even beyond Bantu groups.

Looking at present-day Uganda though, there is a phenomenon that reflects the contrary. Selfishness, jealousy, malice and greed are part and parcel of our everyday life. While they may not be generalised to the entire society, they can be seen to be in active competition with the communitarian elements – especially in urban areas.

We can talk of two explanatory possibilities here: One, that the communitarianism image of African society could be exaggerated or, as Kwame Nkrumah called it, some sort of fetish nostalgia. Two, that the above vices are setting in as part and parcel of the global triumph of capitalism whose dynamics often involve unfair competition and maximisation of benefit for the strongest.

In the first possibility, rural life helps us appreciate traditional society since it is less affected by capitalism. In many of our rural communities, one still notices less greed and many of the communitarian aspects. These can be seen in use of community resources like wells and roads; even in smaller everyday sharing of things like salt, grinding stones and mortars, etc.

However, the selfishness and malice can as well be noticed. They are not totally alien to our societies. In some communities, you will find witchcraft targeted at their successful members.

A few years ago, I conducted research in some rural part of Uganda where housing was generally poor. I asked some of my respondents why those who were relatively well-off did not build decent houses. All said that they feared being bewitched. That those who had tried it before eventually had to flee the village.

Where the best explanation for the vices is capitalism, one still wonders why capitalism had to take that shape when it reached Uganda. We often characterise Western societies (Europe, America…) as individualistic. While this selfishness has been vividly reflected in the history of their relationship with other societies, internally, the picture is generally different.

You don’t see much malice, jealousy and greed amongst themselves. Though their societies manifest inequalities too, they tend to share with their needy and may not be seen maliciously trying to pull down one of their own that succeeds.

Certainly, there are many exceptions to all the assertions I am making here. The distinctions are not in black and white. My concern is with the extent to which these tendencies are pervasive in the said communities. Let me hazard some illustration.

The word ‘hater’ is one of the most commonly used in Uganda. You get shocked at an upcoming artiste beginning their song by sending regards to their ‘haters’. Another person posts his /her pictures or achievements on social media dedicating them to their haters. Church testimonies are awash with cries of being taunted by ‘enemies’.

That is why some church in Kawaala has strategically made a kill by capitalising on promises of casting witchcraft back to its senders. The narrative sells, because many of us easily believe that someone is out there to harm us. Even if this is sheer paranoia, where does it come from?

There is a strong relationship between ignorance, poverty and superstition. This could be part of our common suspicion of witchcraft and evil spirits, but it can only work where in the first place people think that some members of their community are evil-hearted.

For instance, Baganda often wonder where one is constantly unlucky: ani amuloga? (who is bewitching him/her?). This is not sheer jest. Why would we explain much of what befalls us in terms of foul play?

Often, when you are planning for something that can be failed by others, people will urge you not to tell anyone – even when it involves no loss for others. People applying for visas are advised to keep it to themselves until they have acquired the visa and reached their destination. Those seeking for promotion at their workplaces might only want to talk about it after succeeding.

The fear is not only for witchcraft, but also that one could do anything possible to frustrate your efforts – drawing happiness from your failure. At some workplaces, those at higher ranks ensure that no one gets there to become equal to them, even if they lose nothing by the other’s raise. If you are at the same rank, they may make sure you don’t rise before they do.

Workers’ conflicts involving accounts/claims of witchcraft are very common at our workplaces, even in religious institutions and other least-expected high places. I have also heard of many cases of business competitors accusing each other of planting charms at the other’s premises.

Whether these accusations are simply based on paranoid perceptions or reality, their socio-economic implications are vast. They are often the reason one will have an idea of doing something but won’t seek others’ views in fear of being backstabbed. This, in turn, increases risks of failure and impedes excellence.

By the time we know that the idea we were holding tightly on our chests was not viable, it is already crushing. People who would have helped each other to grow get sucked into mutually destructive competition.

Some communities stagnate as those with progressive ideas can only have them fulfilled there by as well investing in pushing back to the negative energy. Development can hardly be achieved where everyone is in constant suspicion of others.

I would suggest a "down-to -earth " topic : "Finally Museveni Starts To Remember Himself "
Report to administrator
+12 #3 rsn 2020-10-15 07:19
Thank you for addressing this taken for granted topic. Malice and paranoia become a huddle in families, relatives and close friends.

It is not even right continue saying "owenzinambi, azinira mu'babe" it is not true anymore. Instead of helping each other, couples, siblings, "close friends", relatives and coworkers, all try to pull each other down!

Trust is the first causality, there's no doubt in that. This topic deserves more attention because people have been alienated, committed suicide and many ideas die before they see a light of day.
Report to administrator
+6 #4 Lakwena 2020-10-15 09:53
Thanks Musawo Spire, it is the immorality of petty nuggu/fitina/nyeko taking us backward, infinitum.

In other words, an irrational society is a morally bankrupt and cowardly society, where self-righteous, nuggu ridden and irresponsible thugs like Mr. M7 (nobody's servant/employee) make all the decisions that play in his favor.

Owing to the fear of being judged/labeled "hater" by e.g. Wainainhci of this country (you mentioned hereabove); in a becoming morally bankrupt and cowardly society like ours; no one is ready to make a moral and/or ethical judgment, even on the obvious.
Report to administrator
+3 #5 Lakwena 2020-10-15 10:06
As a result, in any moral self-defense, the moral bankruptcy and cowardice in us, appeal to e.g.: Jesus' famous "whoever has not sinned (fornicated) should cast the first stone; Judge not for you will be judged"; etc. Such precepts have become the justification for our continuous and shameless wrongdoing.

So that: even if we know what the color Black and White (Good and Evil) are, we instead look for "Grey" in order to escape taking personal, social, economic, political responsibility and play the blame game (bamulogga).

Therefore, until we are all prepared to make independent moral judgement and be judged, we are far from the real/ideal.
Report to administrator
-22 #6 Lysol 2020-10-15 22:47
Woody K
Thanks for shutting this boring article up. That is why Pseudo-philosophy sucks in this age of Science and the Social Media when the world is focused on fighting COVID-19.

This author is trying too much to fight the ills of society, by imposing his ideas and thoughts. Who cares. History tells us that there have never been a perfect society. Morality is subjective and only meant to control the weakest and inferior minds, by those who feel superior.

Next time this author should come up with a much better article based on proven facts and not personal opinions and feelings.

May be once, a month. We understand the drudgery he goes through to post an article here every week or every other week, by using many outdated quotes from others to make his points.

I'm debating Spire and I won't respond to any other insulting comments towards me.
Report to administrator
+5 #7 David 2020-10-16 09:56
Quite interesting and on point. These are things we go through everyday but rarely given critical attention.

Witchcraft and regressive malice at our works are big setbacks to our development.

I don’t really find anything ‘too academic’ with the article apart from quoting Mbiti and Descartes. We all know these are real problems in Uganda, let’s not pretend
Report to administrator
+7 #8 Opolot 2020-10-16 10:14
Haha, Lysol the thief of other people’s ideas is back! I hope while you were away you learnt how to think on your own or cite.

As an online thief you have no moral authority to criticize anyone that uses their own head to think. That morality is relative does not justify your theft anywhere.

Sit down petty thief that can’t use his own head. I caught you finally, you had been stealing for long.

That’s why your comments are never coordinated because you steal from many unrelated sources without understanding what you are stealing. Pretending to sound sophisticated by stealing, shame Lysol. When you are not stealing you can only keep repeating the same boring nonsense
Report to administrator
0 #9 Lakwena 2020-10-19 07:47
Quoting Lysol:

Woody K
Thanks for shutting this boring article up. That is why Pseudo-philosophy sucks in this age of Science and the Social Media when the world is focused on fighting COVID-19. ...

May be once, a month. We understand the drudgery he goes through to post an article here every week or every other week, by using many outdated quotes from others to make his points.

I'm debating Spire and I won't respond to any other insulting comments towards me.

But Lysol, in the first place Wooden did not shut up Dr. Spire. In the second place Lysol (no wonder you were lost), you do not know where science comes from.

In the 3rd place and to make matter worse, nor do you know what the word "science" means. E.g., in his utter ignorance, Mr. M7 and Lysol will scream and tell the world; especially the gullible that History is not science.
Report to administrator