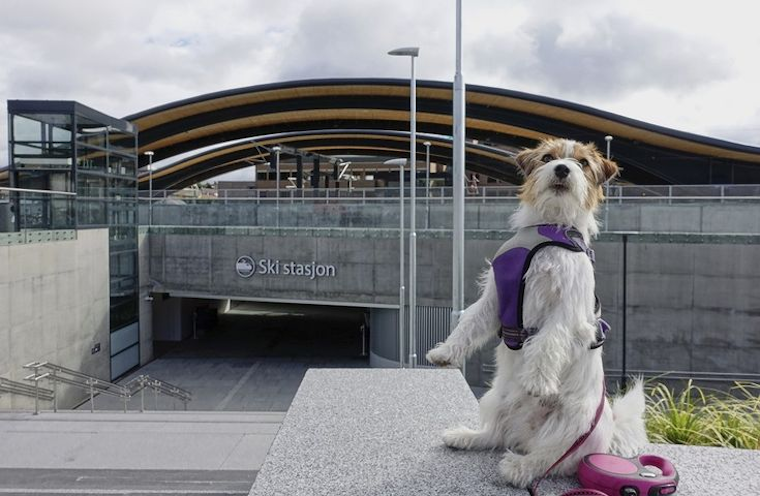 Ski stasjon which was constructed in 7-10 months

In 2014, Uganda National Roads Authority (Unra) awarded the expansion of the Kampala Northern bypass into an all-dual-carriage road to a Portuguese company, Mota Engil.

That was almost the same time Bane NOR Eiendom, a Norwegian train company awarded the Follobanen contract to widen Ski station into more than two lines and building of a shopping centre etc. A few years ago, part of Ski was an open, empty space with nothing on it. Then I woke up one morning and railway lines, heavy constructing machines where everywhere. 7-10 uninterrupted months later, a proud new train station was standing tall.

I have been trying to compare this culture with my motherland Uganda. When a contractor wins a tender in Uganda, they don't move in heavy equipment and complete it in 7 or 8 months. First, they go and clear invasive plant species at the site. Abandon the site for a year as they argue for an upward review of the contract, then move in heavy equipment before abandoning the site in the second year.

In the 5th year, the contractor will most likely fund a political party as well invest part of the contract money in some of the MPs seeking re-election. If the funded MPs win, he will get another juicy project - 10 times more than the first contract. If the contractor doesn't get the new contract they will just walk away from the uncompleted project.

When the project is finally completed in 10 or 15 years, it will be launched and named after some politician. In Norway one can hardly see government or municipal projects delayed or abandoned, a project would rather not take off, if it does, it is delivered on time as agreed per the contract.

While all right-thinking countries are going forward, Uganda is ever going backwards. The same problem the country had 30 years ago is the same problem they are still battling with today. Bad roads, abandoned projects, white elephant projects, under funding of health, education and agriculture sector etc. How can a country retain the same problems for ages?

A story is told of a Ugandan government critic & newspaper editor who openly condemned the corruption in the NRM government. The same corrupt government enticed him with a juicy position at State House as its media officer, & he gladly accepted. A year later he lost his voice, as he stopped criticizing the government.

Besides that, I have a request to make, I want to study masters in Norway since It's free but my challenge is ,I don't have a financial statement to show to the university to allow me study. Any one willing to help please don't ignore.

Email me on
tendoangella321@ yahoo.com.
Report to administrator
+1 #3 AK 2020-09-26 14:35
I cannot even read anything because how on earth can you compare any European project to a Ugandan project?

You very well know that this is a failed and cursed country because of it's rulers. They are always in the first world but simply never learn, what kind of human beings are these? Very backward and always will be, all they know is rearing cattle and stealing money.
Report to administrator