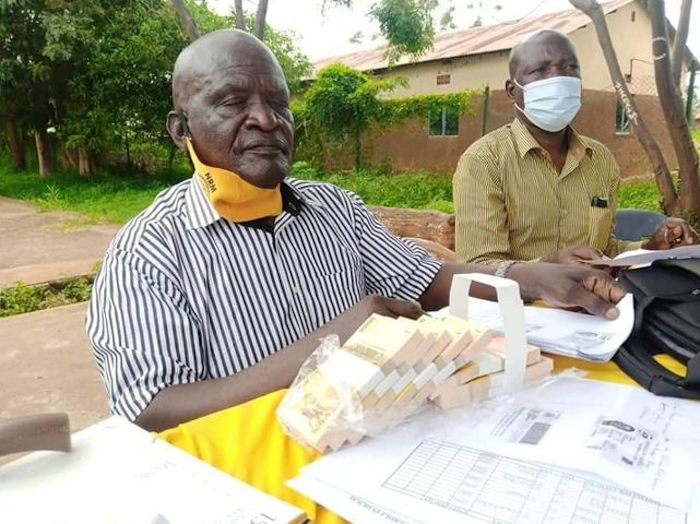 Money distribution during the NRM primaries

Over the last 30 years, Uganda has held six general elections with the first being the Constituent Assembly Delegates election of 1994, which led to the 1995 Constitution.

Regular elections have been institutionalised in the politics of Uganda since the promulgation of the 1995 Constitution and the eventual return to the multi-party political dispensation in 2005.

The regularity of elections in the past 30 years has given an impression that Ugandans have unequivocally accepted the legitimacy of elections as the democratic processes for determining who shall govern the country. It has also created a breed of people who consider themselves career politicians. These people will contest at every election, regardless of the outcome and money spent.

Consequently, a study ‘Unregulated campaign spending and its impact on electoral participants in Uganda’ by the Alliance for Finance Monitoring (ACFIM) states that the cost of contesting for a political seat has risen so high that for one to become a member of parliament in 2021, that person would require no less than Shs 500m ($137,172).

The same study states that most of this money will be spent in the purchase of the position as the person with supposedly the most amount of money will likely be announced the winner. This money goes into a lot of things, ranging from bribery to intimidation of opponents and locking out those who have less money to take part in the elections.

During the NRM primaries, vote-buying was the order of the day despite the party’s rhetoric against corruption. This was allegedly done, among other things, to please the voters as well as blindfold them for the unfulfilled promises made while getting to the seats in the terms that are coming to an end.

Vote-buying is, however, a widespread phenomenon that is usually viewed as purely economic and comes as an exchange in which the voter sells his or her vote so as to get a vote in the long run. Vote-buying is done through offering money, goods and services and this is done at the satisfaction of the people.

The question, therefore, is: how can Uganda combat corruption which has become a new normal and an old song in the ears of citizens? The levels of voter bribery that were exhibited during the NRM primaries are unfortunate, yet not surprising since that is how the regime survives and thrives.

A number of video clips and photos showing ‘honourable’ members of parliament and other high-profile individuals standing next to wads of cash in what depicts voter buying was a shame. While this is true for some, others have veiled the act by offering services as an incentive.

These incentives have included vehicles such as ambulances while others have graded roads and improved on public water supply routes such as boreholes.

The fact that corruption is veiled and people accept it for what it is, is detrimental to the fight against the vice. The impact of corruption on any society in terms of socio-economic action is immense, making its curb an uphill task because it is not practiced by trespassers or outsiders, but is instead institutionalized within government agencies that ensure that corrupt tendencies are continued and reinforced.

Individuals and CSOs of good intention may not revoke the system. Instead, some will be forced to either compromise their integrity or dine with the corrupt.

The coming elections are going to be more expensive than the previous ones. Precedents have been set that each election cycle contestants tend to spend much more. Elections in our country have become a do-or-die situation, especially for those with monies to splash around.

It is high time a law on election financing is considered immediately because as a country, we are continuously deprived of competent leaders, who cannot contest since they do not have surplus monies to buy votes and influence the elections results.

Meanwhile, we await to see what our dear president is going to do to party members that participated in corruption-related tendencies during the NRM primaries. The president is on record about his commitment to fighting corruption.

The author is the executive director of Anti-Corruption Coalition Uganda.