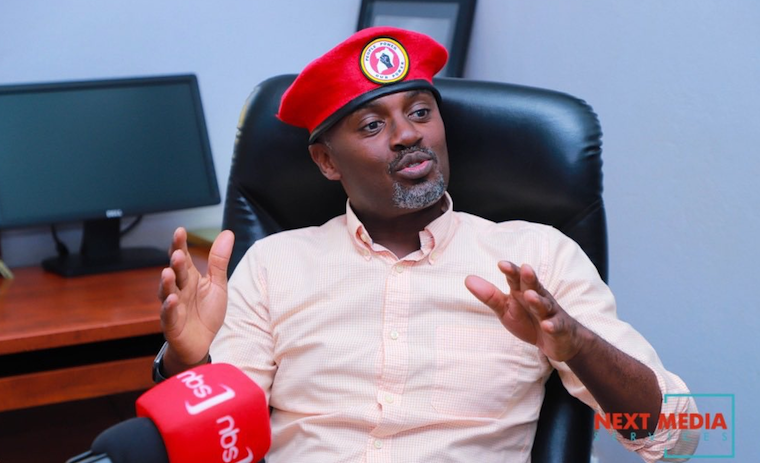 In this second segment of my letter to you, I not only demystify, but also express my disappointment in your insistence on labelling the most formidable opposition leaders as cult leaders, and their supporters as a bunch of emotional hooligans, lumpens, and fanatic followers.

On several occasions, you have argued and conceded that you agree with the people who say that President Yoweri Museveni should have left power a long time ago. You have, however, expressed your concern, worry and resentment for what you describe as the extremism of most of those who seek to take over power from Museveni.

You've used various platforms to explain that if given a chance to take over power, the current breed of opposition politicians will be more dangerous than president Museveni’s establishment.

Your tone, facial expression and body language whenever you express your fears of some opposition members and their supporters seem to suggest that you genuinely believe that should they take power, they will instantly destroy the lives and property of all who disagree with them!

As a consequence, you justify your resolute to use the biggest chunk of your energies to destroying the opposition, while using the spare energy to justify the excesses of Museveni’s government.

Andrew, given your seemingly excessive fear and paranoia with Hon. Kyagulanyi’s camp, what did you smoke on the day you decided to storm the NUP/People Power offices that you became so brave? Considering that you did not travel with a visible security detail, were you trying to attempt suicide?

Did you notice the incidental endorsement, elevation and free publicity that you gave to a leader that you have variously referred to as empty-headed and to a political movement you refer to as a bunch of fanatical extremists and marijuana smokers?

Do you now realize how so many important things cannot be understood from a distance? Did it occur to you how everyone is more or better than the worst thing they have ever done? Did you also realize how your visit demystified the view held by you and a few purist elite that NUP/People Power establishment is a group of dangerous marijuana-smoking extremists?

Every now and then, all revolutionaries need those kinds of people. Dr. Martin Luther King and Malcom X needed them, Nelson Mandera and Steve Biko needed them, and Patrice Lumumba needed them too. Back in August 2008 when you got arrested for exposing the excesses of Museveni’s government, you needed sympathizers to ensure that government does not freely unleash its full force on you without any restraint

If you really doubt that passionate supporters play a big role in social and political movements, I will remind you something from your own Prison Notes-Part 10: The last day in jail. In that entry, you make very emotional statements which indicate how much you appreciated the solidarity that people showed you when you got arrested.

You state that “…I thought I would be taken to Buganda Road court. I was wrong. I was instead taken to some village in Nakawa in the middle of nowhere. I learnt from the policemen who drove me there that a huge crowd of sympathizers had crowded Buganda Road court. Museveni and his handlers were feeling guilty and cornered by the public’s response. So, they could not confront the public reaction to their machinations”.

It, therefore, follows that as long as we are willing to make the necessary naming tweaks you are not left with so much credible criticism against the most formidable members of the opposition and their sympathizers.

Sselwanga- it is typical of a Ugandan worker, that they argue with the customer. It is not you who decides what is newsworthy. It is me, the reader. If you want to test the theory, be my guest.

Continue analyzing Mwenda. Hopefully you will manage to attract more than your usual 3 comments. I also see that this time, 2 of the comments are your own.

You might break the internet at this rate, whilst writing for yourself. Great journalism. You go and start teaching as well so others can become as good as you.

Who needs readers anyway? Your money comes from two or three big advertisers, not from sales.

But Jonat, calm down. Not everyone who contributes articles in a news paper like the Observer is journalist.

In other words, Deo has humbly suggested that you are free to write and send your newsworthy opinion and send to the Observer. In that way, we shall see what your mind is made of.
Report to administrator
-1 #12 Jonat 2020-09-10 20:32
Lakwena, do you ever land on the right side?? A critic is one who points someone in a better direction. A fan, is someone who blindly follows the object of their affection. You attack critics for not being fans. Distinguish please. I know Mwenda.

He is a polemicist. Why waste time on him? Write something original. It would be more interesting for us. A newspaper is not a blog.

Writers should be aware that they are reaching a wide audience. So choose your topics well. That is part of being a good writer. Why is that controversial or insulting to point out?

Should I lie and say it was interedting? Okay. But look at the comments. Very few. Was it me who told people not to read it??
Report to administrator
+1 #13 Opolot 2020-09-12 16:54
Jonat, so your little brain tells you that whoever writes an opinion piece is a journalist!!

Goodness, and you are here giving advice! Go and advise those writing obituaries. Should the entire opinion section be about Museveni and Kyagulanyi? Crappy wiseacre
Report to administrator
12