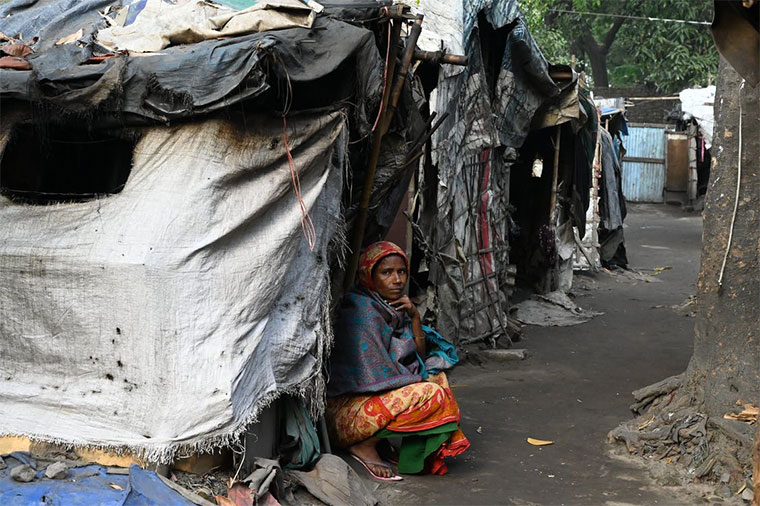 At the height of the Covid-19 lockdowns in April, something happened that was not widely reported by our African mainstream media.

The USA Treasury Secretary Steven Mnuchin voiced the United States’ opposition towards the IMF creating liquidity for African countries through the issuance of the International Monetary Fund’s Special Drawing Rights (SDRs) as part of the response to the coronavirus pandemic.

Some are strongly inclined to the view that the reason the USA and India opposed this issue was due to the growing trade tensions between USA and China.

In his statement to the IMF’s steering committee, Mnuchin argued that it would be better for advanced economies to contribute to other IMF facilities to help poorer countries.

He said, and rightly so, that 70 per cent of the funds created through an SDR allocation, something very similar to a central bank “printing” new money, would go to G20 countries, most of whom did not need it, while only three per cent would go to low-income countries.

Since this conversation is going to be technical, let me first define Special Drawing Rights. The special drawing rights, in my view, are world money backed by nothing but printed at will. Once the IMF issues an SDR, it sits comfortably in the reserve accounts of the recipient country, just like the dollars in our foreign exchange reserves.

SDRs were created in 1969 to supplement a shortfall of preferred foreign exchange reserve assets, namely gold and USA dollars. In the IMF’s own definition, SDRs are units of account for the IMF, and not a currency per se. According to the IMF, they just represent a claim to currency held by IMF member countries for which they may be exchanged.

Experts object to referring to SDRs as money owing to the fact that individuals can’t own them. However, these SDRs do satisfy the traditional definition of money in many respects; they are a store of value because nations keep a portion of their reserves in SDR-denominated assets.

They are a medium of exchange owing to the fact that nations that run trade deficits or surpluses can settle their local currency trade imbalances with other nations in SDR-denominated instruments and finally they are a unit of account because the IMF keeps its books and records, assets and liabilities in SDR units.

The fact that Steve Mnuchin stated that in times of crisis such as these, SDRS can only help developed countries at no cost by printing more of them and allocate them to the G20 at no cost while the rest of us in Africa have to wait for them to receive these new SDRs and then loan them to us at an interest, shows how unfair this current global monetary system is.

Africans should wake up to the fact that this global monetary system is rigged against Africans. Recently, Uganda received an emergency loan worth Shs 1.9 trillion from the IMF to help cushion its economy from the impact of coronavirus. But Uganda is increasingly becoming a highly-indebted country.

One wonders why the IMF can’t issue special drawing rights to African countries, but chooses to give a long-term loan at no interest.

Ever since former USA president Richard Nixon “temporarily” suspended the convertibility of dollars into gold (gold standard), something that has long become permanent, in order for Western governments to get liquidity, they have gone on a money printing spree without a gold limit.

Even during this Covid-19 pandemic, the USA federal reserve has printed so much money through quantitative easing, to the point that the federal reserve’s balance sheet has increased from $4 trillion pre-Covid 19 to $7 trillion. This explains why gold prices are higher than ever.

Money is just a medium by which things are exchanged, not the value for which they are, philosophers say. Therefore, the allocation of printed SDRs according to the size of economies should be reformed to provide equity.

The author is the general counsel for Pixan Corporation Technologies.

Printing money is a form of theft. It gives rich countries the ability to trade worthless paper for actual goods and services.

This is how the gap between rich and poor is maintained. But soon it is going to crash, very very soon. Prepare!!!
Report to administrator
0 #2 kabayekka 2020-08-24 21:27
Indeed that is why bad communist China is beating the capitalists at their own games. And the World Bank and IMF are not amused at all!
Report to administrator