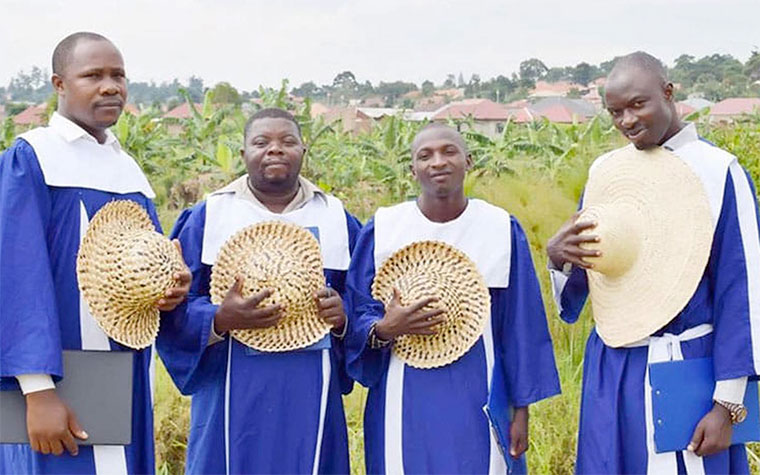 I had been hearing artistes expressing concern about the ‘new law’ suggested to regulate their industry but had not bothered to look it up to form my own opinion.

It was not until last week that one of the Fun Factory comedians, Hannington Bugingo, shared it with me that I got the full gist of it.

Oh dear, what a beautiful piece of legislation! I am still trying to understand why many artistes are uncomfortable with it, because it appears to be developed for their own good and of the country.

I must congratulate the initiator former minister of ICT then, Frank Tumwebaze, and Uganda Communications Commission (UCC), for having imaginatively utilised their brains to come up with such brilliant nonsense.  By nonsense I mean a masterpiece.

With this patriotic law, you have ably demonstrated your benevolence for the art industry. One would have expected that, as dictators often do, you would have used this law to gag artistes.

But you steered clear of such primitive temptations and focused on what would be good for their freedom and productivity. You have indeed put your positions to public utility and proven the usefulness of your education.

I noted that, in the sense of this particular Act, “public entertainment includes any concert, animal or circus performance, dancing exhibition, picture or art exhibition, games of skill or chance, acrobatics or other exhibitions of skill, professional wrestling and boxing bouts to which the public are admitted either gratuitously or otherwise but does not include athletics or sports”.

On the other hand, “stage play includes any tragedy, comedy, farce, opera, burletta, interlude, melodrama, pantomime, dialogue, prologue, epilogue or other dramatic entertainment or any part of it”.

In brief, no artiste is left out of the web – both explicitly and by interpretive inference. For all these, the Act provides that UCC has powers to monitor content they produce and exhibit “to ensure that it meets the minimum broadcasting standards”.  ‘Which MINIMUM?’ Wiseacres might ask. Leave that to our omniscient authorities to interpret on your behalf. What do you know about what is good for you, weak mortal?

In this good faith, therefore, freedom of artistic expression shall mean the UNRESTRICTED LIBERTY to say or show what the state is happy to permit. Isn’t this what you elect leaders for?

Knowing your limits in knowledge and judgement, you elect people to protect you from your imperfections through their superior understanding and instruments of coercion. That is what government means, especially in our African context without Western libertarian perversions.

Pursuant of this wisdom and mandate therefore, Section 6 of the Act stipulates that “a person shall not, without a permit issued by the Commission, stage or exhibit a play or public entertainment to the public”.

In application for the permit, one shall have to: a) state the name, address and legal status of the applicant; b) state the premises where the play is to be staged or where the public entertainment is to be exhibited; c) include a copy of the script of the play; d) where applicable, be accompanied by a certificate of censorship issued by the Media Council; e) where the audio-visual content is in a language other than English, include a certified translation of the content; and f) attach a copy of payment of the application fee.

Note too, that inspectors from the Commission shall have the liberty to attend any of these shows, and to promptly stop them if deemed to be going contrary to what is permitted.

Wow! Having reproduced these requirements above, no artiste should claim not to have known what is required of them. But I also seek to advise on how we can further improve this Act for maximum impact, as below.

I do not really like Martin Meredith’s book, The Story of Africa, because of its keenness on the negative side of the the continent’s political history. But some aspects he explains can’t be ignored.

For instance, he narrates that, every morning, school children in Zaire (DRC) would start their day at parades by singing the greatness of Mobutu Sese Seko Kuku Ngbendu Wa Za Banga.

We could pick some positive lessons here for all artistes to adopt in their plays and comedy skits. In appreciation of what our mighty leader and father of the nation has done for the country, every play or concert should open with a recital: ‘Our father, who art in State House. Hallowed be thy name. Thy Bachwezi kingdom come. Thy will be done …’

Without this being integrated into any script, we shouldn’t permit it. Where does one get the audacity to stage an act without first acknowledging and appreciating those who have given them the privilege to be and act? It is bad manners, it is uncivilised, it is unAfrican.

After this part, we should also add a line for her majesty, the director of UCC, prefect of our mouths and creative abilities. We should thank her for the kindness of guiding our expression through her infallible judgement on good and bad.

Still in show of gratitude, we should erect her statue (or Godfrey Mutabazi’s) standing with Hon. Frank Tumwebaze by the sides of a huge one of our mighty liberator in front of our ‘National Theatre’.

They could be sculpted holding live torches. It shall be left to the visitors to tell whether the figures were lighting the theatre or trying to set it on fire.

The Act requires artistes to indicate their venues. In view of public safety, we could clearly add that venues near water are discouraged. Research also shows that red colours combined with intense lighting could cause visual problems; we may not permit them at concerts.

Also words such as ageende, tukooye, tribalism, may not make commendable scripts since they incite violence and are officially not funny. Long live our strong democracy!

0 #1 Samuel 2020-08-05 12:14
Hahahah, at first I was getting pissed before I understood your sarcasm! You are such a gifted communicator Dr Ssentongo!

Thy Bachwezi kingdom come. Thy will be done …’#Spot On..Dottore.."Give Us this Day our Daily Skulls!!!" Sarcastic but True!

Having hoarded 2.500.000 Skulls in their Closet They cant Stop to demand More!!..Visit North Korea..The Almighty in that Country wrote the Script copied to Our Bacweezi Ancestor!!

Soon or later it will be Dog eat Dog..Spouses Spying on their Fathers !!Simply All acts of Plays have to be Approved by UCC..No More Fornication!!
Report to administrator
+1 #3 Apologist Ronnie 2020-08-07 10:46
Well, I have not addressed myself to the controversial regulations that are intended to guide our art industry. But even then I cannot expect anything good from the now frailing regime.

Otherwise, the now-famous Bobi wine Act may go to the museum after 2021, elections. All right-thinking members will agree with me that the spirit in which this Act is rushed raises suspicion.

I think I will find the time and peruse through the Stage Play and Public Entertainments Act.

Hongera Sana for such a thought-provoking article Dr. Jimmy
Report to administrator
-3 #4 Jonat 2020-08-10 15:22
You must know that the proposed law is unconstitutional and impractical. Do not get over excited by it. Move on to a better discussion.z
Report to administrator
+1 #5 Lakwena 2020-08-11 08:44
Dr. Ssentongo, because of their anti people and crimes against humanity/Ugandans; our mighty leaders are paranoid and feel so insecure than we the wretched of earth, who sleep and snore in the open, under sky for a roof.

In other words, we are back into the Orwellian 1984 Big Brother enigma and double/mind-speak.
Report to administrator