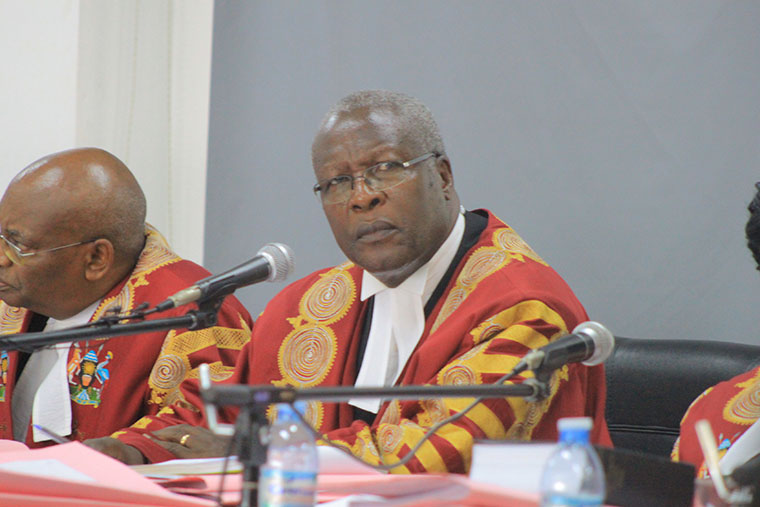 Two weeks ago, a philosopher friend got me thinking about the ethical and logical implications of the recently passed amendment of the Administration of the Judiciary Bill for Ugandan judges to retire with their salaries.

On the surface, it appears to be an innocent and benevolent intervention. But, on deeper introspection, it raises many questions. It was argued by the Attorney General, William Byaruhanga, that these senior judicial officers need to be supported to enjoy their retirement since by the time they retire they are too old to pursue any other livelihood.

The minister of Justice and Constitutional Affairs, Prof Ephraim Kamuntu, contended that this policy will help in safeguarding the integrity of the judiciary – by protecting serving judicial officers from being compromised. The Opposition Chief Whip, Ibrahim Ssemuju Nganda, also supported the bill, arguing that these judicial officers dedicate most of their time to their country.

The chief justice earns Shs 20.6 million per month, while his deputy earns Shs 19.5 million. This they will now earn until death.

Their colleagues; justices of the Supreme court and Court of Appeal, the principal judge, judges of the High court, the chief registrar, registrars, deputy registrars, including all magistrates will continue to receive 80 per cent of their salaries in their retirement. This will as well include a one-off retirement package.

I do not have any problem with us supporting judicial officers to retire with dignity. We should do that to the best we can. My problem is with what the justifications used in defence of this policy say about other government workers and the importance of what they do. I will also try to show the ethical complications it raises.

If one argues that judges are facilitated so that they retire in decency, one wonders why this consideration would first go to those among the best paid.

Wouldn’t we have expected that, because they are well paid, they should have been better placed than other peanut earners to save and invest during their service? Who would require priority of intervention between justices, health workers, teachers, lecturers, police … in consideration of their comparative capacities to prepare for retirement?

Why would doctors (including senior ones), on top of getting a much smaller salary than judges, not qualify for priority in retiring with their small one?

When one argues, like Prof Kamuntu, that the policy is meant to cushion judges from temptations of corruption, other serious questions emerge. Are the corrupt judges inclined to the vice because of need or lack of integrity?

If retiring with their salaries can help curb the vice, is their corruption more dangerous than the corruption of other government workers that could be similarly motivated? Corruption is a serious challenge in the health sector too.

Many people die due to failure to pay for services that they are otherwise entitled to. If retiring with salaries was an effective preventive measure against corruption, why isn’t there any voice for medical workers to retire with theirs too? Why not start with them? Is it because they are many? Should numbers in a sector be the justification for reward and motivation?

But, if we argue that corruption is less in this sector compared to the judiciary and, therefore, not calling for as much attention, how was this achieved? Is it because lecturers/teachers are better remunerated and therefore not easily compromised?

Lastly, if it first takes the judiciary being inoculated from corruption with salary for life for them not to be corrupt, what moral authority do they have to punish the corrupt that were not inoculated like them?

Taking a life salary on the argument that it would help them resist being compromised is an implicit admission that one is likely to be corrupt without such retirement motivation. Shouldn’t they then understand when corrupt teachers, health workers, accountants, auditors, soldiers, police officers are presented before them for judgement?

Why expect others with much lower salaries to be able to meet the integrity standards that judges could not adhere to with much higher remuneration until we intervened with life salary?

Apart from exposing the shortcomings of the policy in fighting corruption, the questions above expose the inherent contradictions of the policy and the gaping lacunas in government remuneration structures. The scattered approach by which different units argue for better emoluments and are considered in isolation ultimately demotivates others.

Arguments have been made for streamlining government remuneration structures through a central body, but this has been ignored for years – hence the glaring incongruities by which different government workers’ salaries and other benefits vary by far for no good reasons. This in itself, added to the deepening fall in integrity for various socio-political reasons, facilitates corruption.

Let judges be facilitated to do their job in the best way possible, but not through exclusive justifications that give the impression of higher importance. And not by projecting them as a morally weaker category that can’t be ethical without exclusive cushions – yet having to judge others.

But I could not find a better example where that order is clearly manifested. Often your comments in boasting, show off, weird hatred of strangers, paranoia, emotional imbalance bring it out clearly.

Sorry Lysol that I didn’t get your permission. I imagined that Lysol is not your real name.

But I could not find a better example where that order is clearly manifested. Often your comments in boasting, show off, weird hatred of strangers, paranoia, emotional imbalance bring it out clearly.

Can we meet personally when I come to uganda? I’m a pro bono counselor too, if it’s ok. Thank you madam

Alex, don't push it. Just let it go.You don't know whom you are messing with.

You can't win. Do your quack job in your country and leave me alone. If anything your academic credential is too inferior to mine.
Quote | Report to administrator
+1 #23 Alex 2020-08-01 19:09
Madam Lysol, sorry if I offended you. I have a PhD in Psychiatry from Stanford.

But that doesn’t matter. If I start boasting about my credentials I wouldn’t differ from my patients. Sorry again, but don’t be shy about mental sickness. It is part of life. Thanks
Quote | Report to administrator
-1 #24 Lysol 2020-08-02 21:48
Madam Alex
Have you ever attended The American Psychiatric Medical Convention. If any when and where?

I have attended almost all of them and I have never met anyone from Rwanda. The last person I met was a lady from Uganda( and by the way, Lysol is a man's man).

I'm not bragging about going to Yale and Oxford among other universities.. You should spend your energy helping your people instead of wasting your time at this forum branding those who disagree as lunatics.

That is the common tactics used by oppressive regimes to silence and control those they don't agree with (maybe in your country) And by the way, there is a thin line between crazy and genus. Many great men and women in history have always been called crazies

As far as I'm concern you're a quack, No need to continue proving yourself here.
Quote | Report to administrator
-2 #25 Lysol 2020-08-03 03:38
Asides from the respond to one madam Alex from Rwanda, Spire is the problem here who pitches us to fight one another. by plying mind games with his nonsensical articles and satires with his black jihadist poker face.

We are not gonna play mind games with some corrupt 3rd world government agents anymore at this forum. We will use other means. Be ware of spies.
Quote | Report to administrator
123
Refresh comments list
RSS feed for comments to this post
Add comment