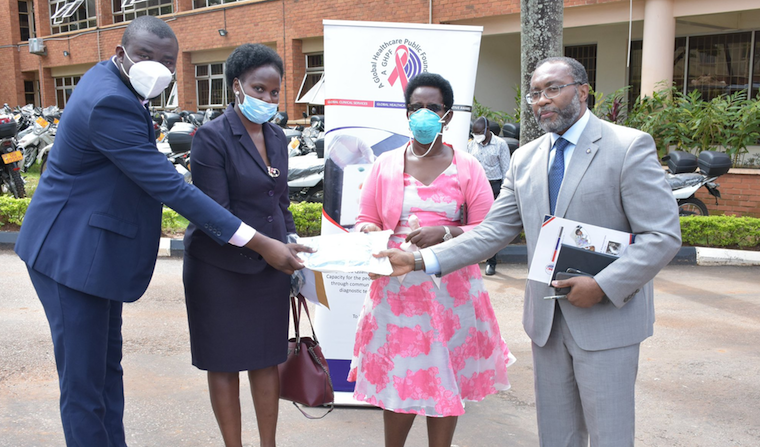 Hussein had gone to reclaim his motorcycle, which had been impounded for, once again, violating curfew guidelines. Walugembe joined 65-year old Francis Munu who was assaulted and killed by LDUs for “defying measures”.

There are at least nine others whose deaths are directly tied to the conduct of security operatives in the enforcement of guidelines. These are not just statistics; these are Ugandan citizens whose deaths were preventable, and who were failed by their government.

In the same week, Covid-19 patients at Masaka regional referral hospital released a series of videos in which they spoke about some of the shocking conditions they were being forced to endure. From the bathrooms with no water, rooms where social distancing is not practiced, to hardly being able to access a doctor, the clear failings of the ministry of Health were on display.

In response, the ministry released a letter in which instead of acknowledging the mistakes and purposing to do better, they attempted to dismiss the concerns raised and disparage one of the patients.

All these incidents must be analyzed not as isolated acts and results, but as part of a larger systematic failing in how the country has responded to the pandemic hit.

To fully appreciate this, it is important to contextualize the government’s response and how, if at all, it has factored in the wellbeing of Ugandans. For every single country, this unprecedented challenge has been an opportunity to show up and defend its people.

At its core, therefore, Uganda’s response must answer the question of what value is attached to be a Ugandan citizen. Looking at how the state continues to respond, it is difficult to argue that there is anything more than minimal interest in citizens’ wellbeing.

From the IMF, Uganda borrowed $491.5 million intended to facilitate health workers, offer social protections and support the private sector. The World Bank board approved a $300 million budget intended once again to support the government’s operations and ultimately provide some sort of cushion for Ugandans.

More money has been borrowed, more money has been donated. However, ask any average Ugandan what support they have received from their government and very few would have an answer for you. Instead, they have watched as new lows have been reached; members of parliament receiving outright payouts, state officials using the crisis to further exploit Ugandans, and so on.

Even the distribution of food was not free from inconsistencies and scandal. As several businesses remain closed, and those that have barely opened struggle, landlords are demanding that rent arrears be paid, including for the three months of total lockdown and no work. The government is yet to make any pronouncements on this.

Meanwhile, landlords are confiscating properties, and citizens who are barely surviving, have no one to turn to for help. In responding to the economic crisis at hand, President Museveni has repeatedly said the “real economy” will recover.

This is dismissive of the valid concerns and fears of many who have lost their jobs, have businesses at the brink of collapse and are unsure what to feed their children. The economy cannot be spoken of merely as an abstract idea; it is run and made up of people who contribute daily to keeping this country afloat. There is no clear recovery plan, even with the looming unemployment and poverty rates.

Doctors and nurses continue to talk about lack of protective gear and delayed allowances. Patients in hospitals and those in government quarantine centers decry poor treatment.

As Ugandans abroad who were largely ignored by their government for three months begin to return home, they are forced to part with millions of shillings to pay for both quarantine centers and flights back home. The government has not subsidized the cost in any way.

And then there are the pregnant women who were unable to make it in time to hospitals, patients who were unable to get their medicine, and many others whose names we might never know who died because of a one-dimensional approach to handling the pandemic.

While Uganda says it has so far recorded two Covid-19 deaths, we cannot ignore the deaths caused by the measures put in place. The assessment must also factor in the millions of Ugandans struggling because of hunger or lack of access to other urgent health services.

So, while we must be grateful for the frontline workers who continue to brave these challenges to keep us safe, the applause directed at the Ugandan government is yet to be earned.

The author is is a feminist lawyer.