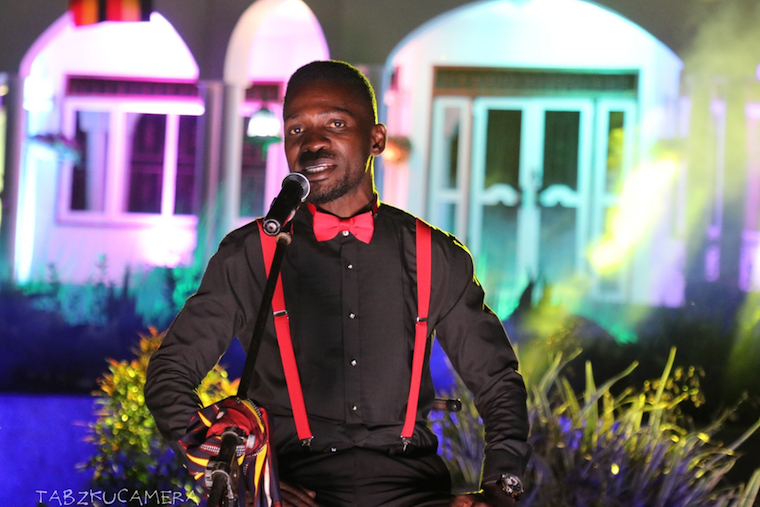 The shift in the goal of Bobi Wine’s music from ‘entertainment’ to what he calls ‘edutainment’ marked the release of a number of very interesting songs, touching different aspects of our society.

One of these songs is ‘Ghetto’, featuring his longtime friend Nubian Li. Unfortunately, like many of his other edutainment songs (such as ‘Obuyonjo’ – in which he makes a moving case for individual agency in maintaining proper personal hygiene and disease prevention), ‘Ghetto’ is largely inaccessible to non-Luganda speakers.

A classic critique of the hypocritical nature of the political elite’s dealings with society’s impoverished, ‘Ghetto’ narrates the story of the seasonal interest of this group when it comes to society’s impoverished members. We learn from ‘Ghetto’ that the political elite’s interest in its dwellers is only because the latter function to legitimize power through periodic elections.

After these elections, “development” continues unabated through a process that constructs ghetto dwellers as so many stumbling blocks. To pave way for development unlimited, ghetto people’s dwelling places must be decimated, and schools for their children, such as Shimon Demonstration School, dismantled for such lands to be “developed” by “investors”.

After elections, Bobi and Nubian decry in ‘Ghetto that the ghetto is designated, once again, as a hub for serial robbers and criminality, not as a site of multiple talents in need of elevation. This understanding leads Bobi to pose a question that troubles many critical thinkers on development: whose development?

In a way, Bobi and Nubian’s ‘Ghetto’ is a metaphor for all the impoverished in our society. As we approach the 2021 elections season, I think this song offers flickers of hope for a politics, particularly as articulated by opposition forces, that attempts to problematize the mantra of mainstream developmentalism in a postcolonial neoliberal setting like ours.

The talk itself is never subject to scrutiny. As a result, the political process has been colonized by a vision so vague, so empty, and yet so tantalizing because in its emptiness every desire can be filled, robbing politics of any concrete agenda.

This convergence of political visions around a tantalizing promise has tremendously downgraded opposition politics in our country, if we think of political opposition as offering radical political alternatives.

Of particular concern, in our postcolonial neoliberal context, is a political opposition that is unapologetically decolonial and anti-neoliberal. With the current government sinking the state deeper and deeper into neoliberal tunnels, opposition politics is challenged to be cognizant of this as a serious political problem.

Back to our ‘Ghetto’ song, Bobi, informed by the experience of what development does to ghettos, attempts a rethinking of development as a political programme of providing guarantees for the ‘happiness’ of all citizens, including ghetto dwellers.

I do not know whether Robert S. Kyagulanyi the MP and presidential aspirant has made strides to concretize these preliminary critical thoughts Bobi Wine the musician expressed on mainstream developmentalism.

What I do know is that the latter’s attitude and move provides political opposition, in which Robert Kyagulanyi is now deeply invested, with the starting point and, above all, courage, to rethink a mantra in whose name every life destructing force has sought refuge, a mantra in whose name decolonial politics has been buried alive by both ruling and opposition groups in our country: the mantra of development!

The author is a PhD fellow, Makerere Institute of Social Research, Makerere University

Their victories after Bobi's own success in Kasangati was a wave of excitement which has died out especially with his poor performance in Parliament and widely fruitless or say wasted vote for the people of Kyaddondo East.

He has done literally nothing for them except promote his personal interests. Yet he scales higher to take on presidential vote that he cannot win.