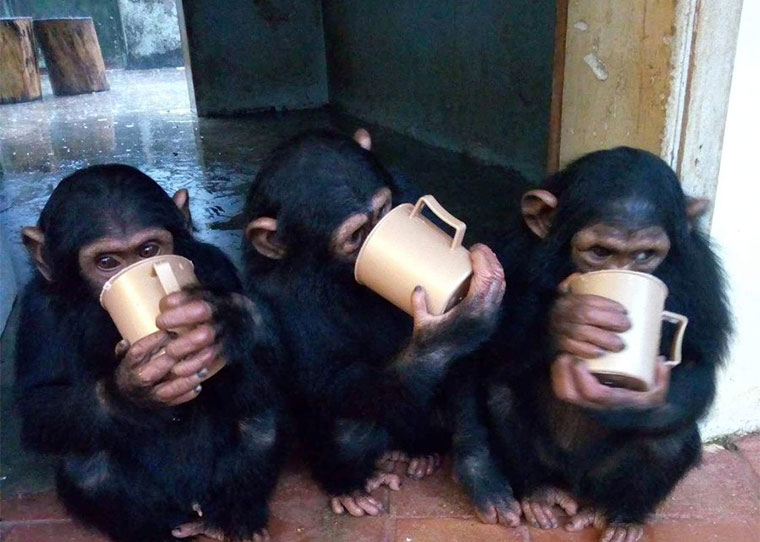 On Thursday July 2, 2020, a one-year-old baby was attacked by a chimpanzee, biting its genitals off.

The incident happened in Bulemwa village, Bujumbura division, Hoima district. Reports indicated that the baby’s mother and a friend were out in the garden digging when this happened. The baby had been placed under a mango tree to protect it from direct sunlight.

It is the latest in a series of attacks by chimpanzees on children over time in Hoima district and Bunyoro region in general. Conservation non-governmental organisations and Uganda Wildlife Authority (UWA) have reported an ever-growing conflict between chimpanzees and local farming communities in this region. Crop raiding has been the other source of conflict.

Bunyoro region lies in the Albertine graben, Africa’s biodiversity hotspot. As such, it for so long has offered habitat to many wildlife species, especially the primates, due to natural forest coverage.

The two big forest blocks, Bugoma and Budongo, and their interlinking riverine forests (forests sandwiching small/big rivers, seasonal or permanent) have been critical in maintaining a healthy chimpanzee population in the region.

Chimpanzees had been able to migrate between the two vast habitats under forest cover without coming into close contact with humans along their migration corridors. Forests also provided enough food, leaving no room for raiding gardens. Human-wildlife interaction was, therefore limited, and thus human-wildlife conflicts minimal.

With time, however, the existence of these forests has come under threat. Many forest blocks have been fragmented due to human activities. Population increase, mainly due to immigration from other regions, caused a rise in demand for food.

The response was to grow food extensively to cater for the ever-increasing food deficit. This was because people are too poor to afford sustainable agricultural methods such as the use of fertilizers that would favour the growing of food on a smaller piece of land for a long time while getting increased yields.

Poverty, joblessness, and general demand for quick economic gains also led to encroachment on the freely available forest resources, turning them into charcoal and timber. Consequently, the barrier between people and wildlife has been degraded, almost to the core, leading to increased incidences of human-wildlife interactions and thus increased confrontations.

The situation has not been helped by the country’s regulatory framework on private natural forests. Unlike the central forest reserves that are under strict management by the National Forestry Authority, many of the natural forests in Bunyoro region are on private land. Their unsustainable utilization is, therefore, not under any form of restriction.

Whereas Section 21 of the National Forestry and Tree Planting Act of 2003 mentions the registration of ownership rights for and sustainable use of private natural forests, it is not mandatory.

These non-compelling provisions of the law and limited information have been a factor in the failure of owners to register their private natural forests such that some form of regulation is applied. In turn, this has fueled the rampant deforestation in Bunyoro region.

The government should, therefore, put a stricter regulatory framework in place for private natural forests and ensure effective enforcement. Information on sustainable utilisation of these natural forests is equally important. District forest officers must engage leadership at lower levels to ensure that information on the need to save the few remaining forest patches reaches the communities.

Otherwise, human-wildlife conflicts will heighten before all the private natural forests get depleted. The chimpanzees will be restricted to the two central forest reserves of Bugoma and Budongo, increasing their vulnerability.

Unfortunately, the depletion of the forest cover will go along with many other ecosystem services (benefits obtainable from nature, both directly and indirectly) like easy access to water, firewood, and traditional medicine in the form of herbs.

The biggest of all the resultant challenges, however, will be increased vulnerability to climate change and climate variability. The natural forests have until today offered resilience to climate change to the agricultural communities of Bunyoro region. When this has been lost, a worse poverty cycle will begin all over again.

0 #1 kabayekka 2020-08-03 07:10
Well written on the chaos of environmental degradation In Africa.
Report to administrator