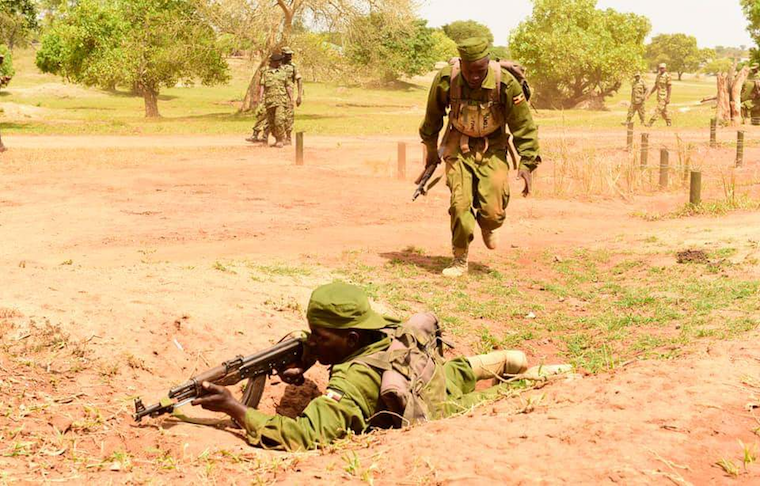 For us who live on the internet, the #JusticeForTegu campaign has dominated online discourse over the last week.

According to media reports, Emmanuel Tegu was a student at Makerere University who, on his deathbed, said that he had been beaten by Ugandan Police Force and Local Defence Unit personnel for allegedly flouting coronavirus curfew guidelines. On July 4, 2020, he breathed his last at Mulago hospital.

The #JusticeForTegu campaign came on the heels of #JusticeForFloyd and another iteration of #BlackLivesMatter following widely shared footage of yet another African American being choked to death by police. Some of the Ugandan notables who had participated in #JusticeForFloyd were conspicuously quiet when it came to Tegu, but maybe that’s a discussion for another time.

From Minneapolis to Washington DC, protestors have been out on the streets braving the possibility of catching Covid-19 and calling for “defunding” the police. They insist that all the police reforms that have been attempted have not made a difference, and are asking their leaders to consider finding lasting solutions to some of the problems they face.

They are calling for investment in health, education, and housing as a way of pre-empting “crime” rather than throwing everybody in jail. There’s a lesson for us in these ideas.

Growing up, I remember associating LDUs with guns and thieves. Indeed, newspapers often carried stories of LDUs conniving with robbers or themselves exacting violence over civilians. In the mid-2000s, the then LDUs were absorbed into the Uganda Police Force (UPF) in a move to equip the Force to deal with “criminals” using units like “Operation Wembley” and later the “Flying Squad.” Later, the force attempted to encourage community policing with the recruitment and training of the notorious “crime preventers.”

From 2014 to 2018, a new surge of insecurity hit Kampala and the surrounding areas. At least 20 women were found dead, many of them ostensibly sexually assaulted before being killed.

Then, names we would recognise anywhere followed: to mention a few, police spokesperson Andrew Felix Kaweesi, NRM fanatic Ibrahim Abiriga and the controversial Muhammad Kirumira. In September 2018, the president announced plans to reinstate the LDU, citing weak intelligence as the reason some of these cases had not been successfully closed.

There’s a common saying that when you have a hammer, everything starts to look like a nail. In the face of an airborne global pandemic, sights of packed police vehicles remained common. Rather than focus on giving accurate information and supporting those whose lives have been disrupted by the pandemic, brute force from security agencies has become the order of the day.

As we fight the pandemic, basic human rights: the right to life, the right to be free from torture and inhuman or degrading treatment, seem to have taken a backseat. The LDU in particular has acted as a rogue militia, killing at least 10 Ugandans in different parts of the country under the guise of enforcing Covid-19 regulations.

In a country with a 37,000-strong police force, in addition to the UPDF, ISO, CMI, among others, more hammers (or rather guns) cannot be what we need.

What we have learnt from countries like New Zealand that have managed to almost completely eliminate Covid-19 is that providing accurate information combined with mass testing is the magic formula. There should be a whole army (for lack of a better word) of people working to speed up the food distribution process, to make masks for all Ugandans and distribute them, support health workers to carry out mass testing and, most importantly, to spread the necessary information.

The LDU has violent lawless foundations and has demonstrated that it cannot be reformed. It is time to disarm and disband the force, or maybe redraw the functions these young people can serve. Insisting that it is only a few “undisciplined” ones is diversionary and dishonest because the trends have been clear for all of us to see.

Brute force cannot accomplish everything; what we really need during these tough times is neighbourliness. That means everyone does their part to protect the next person from a deadly disease. We aren’t strangers to this: it is the way of our people and our ancestors. Let us tap into that part of ourselves until we can all breathe freely again.

Ophelia Kemigisha is a feminist activist and human rights lawyer.

You will see during campaigns and when the usual winner will be declared.
Report to administrator
+1 #2 Akot 2020-07-15 20:24
Quoting Nalongo Mutiima:

If you read between the lines, LDU were created as an NRM militia to execute a specific political work.

You will see during campaigns and when the usual winner will be declared.

Unless Ugandans bring down the tribalistic system, UNITE to block & force Museveni out!

Then his war dogs will have no options but to either go back with him to the bush/triabl land, or apologyse to Ugandans as Egyptians security forces did!

Do Ugandans want to live freely & manage their affaires on their land, or not?
Report to administrator
+3 #3 Kalibbala 2020-07-15 22:27
I have been saying it Time and again that These LDU/ CRIME Prevent-Interahamwe were Recruited to Cause Havoc in reminder to Ugandans that You are Bound to be Killed if you ever DREAM of Change!!

And They have Orders thru Sabiiti Muzeeyi To Shoot to Kill by every Simple mistake like not having your Mask around your Nose! (Arua) Today..Courts of Justice are manned by NRA cadres taking Orders from the Almighty God from Butare...UGANDANS SAVE YOUR SKINS..There wont be any Help from Outside..Remember Blaise Campaore of Burkina Faso..Choma kila kitu..beginning with Parliament..
Report to administrator
+2 #4 Kirya 2020-07-18 03:06
The unity should be towards fighting m7 through armed struggle.
Report to administrator
0 #5 Jama 2020-07-20 18:13
This paramilitary group of people were trained to kill whoever is opposed to the regime like the precedent ones( kiboko squad, kitatta boys etc)preceptor bee
Report to administrator