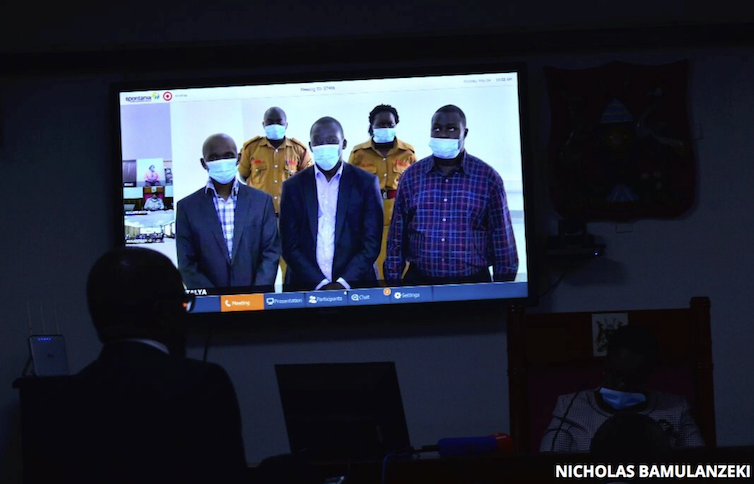 The law is entrenched in every aspect of the business world with close to $1 trillion globally (according to Forbes) making it one of the largest markets in the world, yet it remains acutely under-digitalized.

So far, the discussion around the use of AI in the legal fraternity is particular to the relation between humans (lawyers) and machines (robots), and perhaps the possibility of the latter taking over some of the lawyers’ jobs.

AI is already transforming the legal profession in a variety of ways through improved access to data. As the field grows, AI is taking over many time-intensive legal tasks, which frees up humans to take on more critical tasks like reviewing pre-sorted documents, negotiating and appearing in court.

Companies like DoNotPay have built chatbots that interview respondents about their legal challenges and after use their answers to process and come up with paperwork to that effect. A common day-to-day example is Siri, a virtual assistant used in Apple products. It uses voice queries and a natural language user interface to answer questions, make recommendations and perform actions as requested.

The following are some of the ways in which AI has been useful;

Contract review: The process of finalizing a contract presently is cumbersome as it involves a lot of manual editing, review and endless interactions. This delays completion of work since it’s lengthy.

Companies like Clearlaw are developing AI systems that process proposed contracts by analyzing them using natural language processing technology and hence determine which sections of the contract are acceptable and those that might seem controversial.

Once the contract is in place, AI can also help in contract analysis where the system extracts and contextualizes key clauses of the contract to establish the commitments that ought to be made at a future time.

AI teams are building systems that predict the outcomes of pending cases. For example, Lex Machina’s Legal Analytics Platform feature uses AI to predict an estimated time when a case goes to trial before a specific judge.

Toronto-based Blue J legal says their AI can predict case outcomes with 90 per cent accuracy. As these predictions become more accurate, law firms will employ such systems to plan litigation strategies, to hasten settlement negotiations and also minimize the number of cases that need to actually go to trial.

AI is also going to be employed in a tenet called litigation finance wherein a third party funds a litigant’s litigation costs in return for a share of the upside if the litigant’s case is successful. Machine intelligence is also being used to make contributions in legal research. Research platforms are being built with capabilities to provide perspectives on how different cases relate to one another.

They can also actualize legal opinions’ actual meanings. This is a big step away from the traditional and manual practice where junior lawyers were being used to searching through physical case law volumes to find the relevant precedent.

On its website, eBrevia claims that it can analyze more than 50 documents in less than a minute; that is 10 per cent more accurate than a manual review process.  In simple terms, AI makes legal assistance more affordable if you are to compare what AI can achieve as compared to hiring a human lawyer.

The good news is this trend is taking off is Uganda too. Some law firms like Dentons and KTA have already associated themselves with artificial intelligence software. They have incorporated AI into their systems and in their way of offering services. For example, lawyers’ billable hours are computed automatically.

However, with artificial intelligence comes great input and responsibility. AI does not give answers to queries that call for creative thinking. AI only executes what it’s trained to do since it’s developed by humans. Therefore AI is more efficient when adopted by people that understand the ins and outs of the law; otherwise, it can be dangerous exposing them to legal risks that they do not understand.

It is still unclear how this transition to AI will eventually take stage. It is highly likely that large law firms will carry the flag of this transition since they are most capable to afford this complex and robust software. Smaller law firms are expected to start with efficiency-driven and automated approaches because their workload is way less compared to those of the large reputable law firms.

The writer is a lawyer & tax consultant