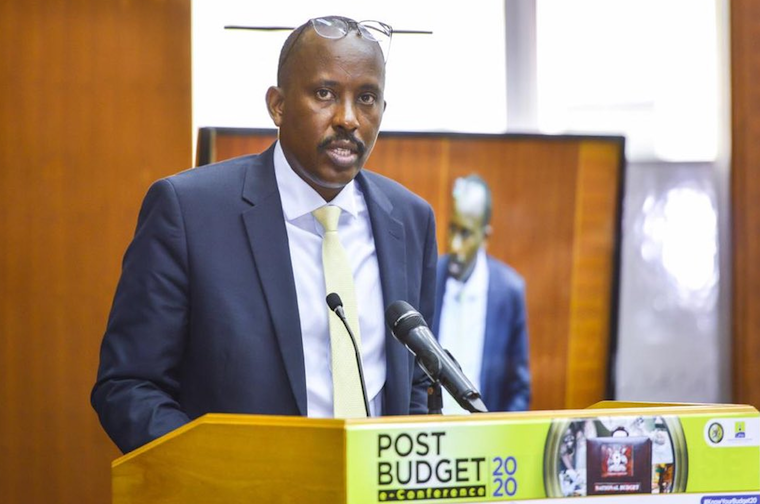 A famous Canadian editorialist once wrote: “Tears and taxes are the price of liberty. The pockets that pay are more blessed than the eyes that weep.”

This could not have been more aptly put for the Ugandan tax collector. The commissioner general of Uganda Revenue Authority (URA), John Musinguzi Rujoki, recently announced his charm offensive to shore up the morale of taxpayers.

However, the chief tax collector does not wish to see taxpayers teary. Saddled with an uphill task of raising Shs 21.18 trillion, Musinguzi knows that taxpayer morale is at the heart of enabling and increasing compliance. And this coming on the heels of a purge of some errant senior officers at URA is laudable.

Ugandans are more likely to perceive tax obligations more favourably when the government and URA are seen to be acting in a trustworthy manner. A government seen to be making good use of tax revenue is associated with higher levels of trust and tax morale.

Musinguzi has chosen to understand the informal sector better. Taxing the informal sector is no simple task. Efforts to register the profile and perception of small traders could help URA engage them and establish a culture of compliance. Musinguzi said there is a unit which will educate the small business owners about presumptive tax and how to organize their business books.

This is intended to narrow the gap between the tax collector and payer. Analyzing small business owners and other citizens’ attitudes and perceptions towards tax issues would allow URA to develop taxpayer profiles.

And this in turn could provide information on, for example, the groups of businesspersons most resistant to paying tax and groups that would be most sold on the benefits of taxation. But more importantly to reduce or even eliminate the informal business owners who may not meet the threshold of being registered taxpayers, and are likely to be easily taken advantage of.

Therefore, URA needs to increase the transparency of tax policymaking, modernise and simplify the tax administration procedures. If implemented, the measures would reduce opportunities for corruption and improve taxpayer experience. It is important to understand that citizen perception of URA officials can influence attitudes towards taxation.

Simplifying tax administration and the greater use of information technology could be the better way to improve taxpayer morale and compliance. Musinguzi also said he would not tolerate corruption in the organization.

Whereas corruption in URA has been mainly fought by summary dismissal of the culprits, that has not been deterrent enough. URA and other prosecuting agencies need to touch where it hurts most- the pockets. If an officer receives a bribe in breach of duty or in order to exchange a favour for his personal benefit, that official must turn over that bribe to the public trust.

Further, if an officer uses that bribe to acquire property, that asset should be turned over to government. Moreover, if that property is badly invested, the official who breached his public trust would still be obliged to make good of the shortfall.

This approach is intended to ensure that people in positions of trust could in no way profit from their wrongdoing. This may curb the impunity with which these officials fleece the public taxes.

+4 #1 Kalibbala 2020-07-01 22:25
These are the Blue Eyed tribesmen brought in URA to make Sure that Connected Mafioso are Exempted From Tax-paying!

They are Forced to Abandon their Businesses!!There is no Country that Can Survive without a Sound Revenue System! Uganda's Died and Was Buried since the Notorious Robbers Movement Hijacked
the Country!!..
Report to administrator
+4 #2 Jama 2020-07-04 14:13
Indeed kalibbala this tribal nomination will facilitate the continuous transfer of looted
funds to their offshore accounts abroad
Report to administrator
0 #3 Akot 2020-07-05 18:05
Kalibbala,
Jama,

Why are Ugandans at peace with continuity of a government that serves no purpose except tax yet the money vanishes without trace, without development projects?

A country can only develop & serve its people through tax money under good governance, but Ugandan tax money is controlled by Museveni without accountability!

Ugandans have made their land home for refugees & migrants, but hell for themselves, reason why Museveni/UN & Agencies are ensuring more refugees in the country!

Are Ugandans aware that majority refugees from CRCongo are of rwandese origin & will find their place in Uganda without problem, assured by Museveni & UN?
Report to administrator
0 #4 Akot 2020-07-05 18:18
Kalibbala, agreed.

Uganda is dead but our people can revive it & this must be before Museveni dissolves posts of tribal leaders to Reform the gone Republic, then appoint rwandese governors in tribal lands!

One way or another, Uganda will have to be Reformed/Renewed, right?

So, will it be Ugandans or Museveni owning Uganda finally by making the right/decent moves acceptable to International Standard?

UN & Agencies are helping Museveni fill Uganda with tribalists at armed wars in their countries, while turning blind eyes-deaf ears to tribalist Ugandans not at armed war, right?
Report to administrator
0 #5 Akot 2020-07-05 18:31
[URA’s charm offensive great, but return what's due to Ugandans]

In normal real countries, tax money is used for;

- Education/Training for all children,
- Healthcare,
- Subsidizing/Modernising Agriculture,
- Public Transport,
- Allowances for job seekers to ensure they look for jobs under reasonable condition...!

Is this the case in Uganda?

How can Uganda talk of tax when what they need is change of governance, to give chance to ensure good policies, thus good use of tax money?

Are +34 years of Museveni not long enough for Ugandans see/know it's not him who will serve them with tax money that he owns?

Why are Ugandans ensuring Museveni rules for life, then what, when he'll be no more?
Report to administrator
0 #6 Waswa Hassan 2020-07-07 22:47
Chasing the 4 commisioners (chief thieves) will not do much to reduce the corruption at URA.

To substantiate this I will tell you, we (the businessmen) lose money fat all stages starting with verification until you get release letter.

At all stages, you are dealing with staff (goons) other than "commissioners". Specifically, you pay verification thieves, value thieves, release thieves, there is what they call "kkubo" so nobody arrests you on the way (as though you didnt pay tax) etc the list is long... In total you spent the same amount on thieves as tax itself (tax of 9m means you spent 18m).
If I had powers, I would bundle all staff into Luzira prison.
Report to administrator