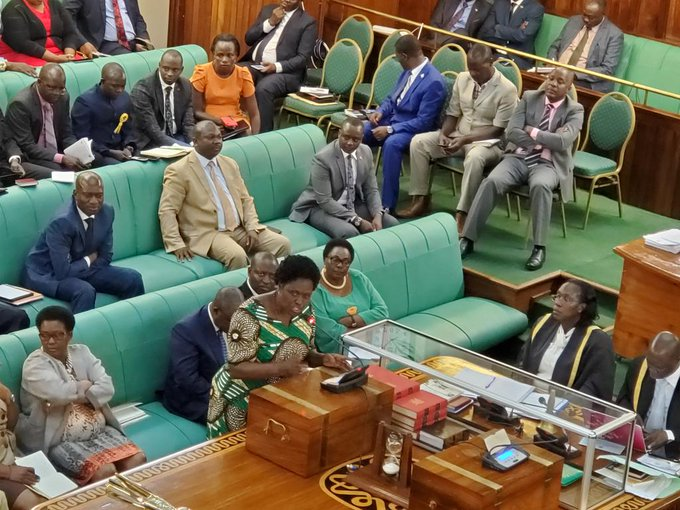 Sometime in January 2020, a minister of state for finance is quoted to have stated that the Uganda Revenue Authority had failed to collect projected revenue due to failed Memorandum of Understanding (MoU) with certain entities. The government was, therefore, seeking a supplementary budget of $600 million to cover up the shortfall.

This was while he presented to parliament a Shs 38.5 trillion budget for the year 2020-21. Since then the budget was raised to Shs 45.5 trillion and was read to parliament on June 11, 2020). No Member of Parliament raised issues with this statement and I wondered whether our Parliament is still awake.

If managing revenue shortfalls was as simple, the chiefs at the New Vision would not have sacked staff or cut salaries to address the impact of Covid-19 on their budget.

The minister’s statement is a reflection of the thinking I have often heard in government circles. There is a general belief in those circles that the government always has money and, therefore, all one has to do whenever confronted with budget challenges is to prepare a supplementary budget.

Supplementary budgets are remedies for oversights in preparation of the main budget and for funding unforeseen circumstances such as the Covid-19 pandemic, floods and landslides and other occurrences of a similar nature.

In short, a supplementary budget does not address tax revenue shortfalls and nor does it provide cash money to spend. It is simply an authority to spend over and above the main budget, subject to availability of cash.

Local or foreign borrowing; whereby the government, realizing that there is a cash flow tax deficiency, borrows against future tax cash-flows.

It would appear the minister was targeting the last source of financing since he was reporting a shortfall in tax collections and was not asking parliament to borrow. Borrowing directly from the central bank occurs when the treasury issues cheques on the consolidated fund against insufficient tax revenue.

This amounts to printing of money, which is deemed inflationary and is discouraged by the International Monetary Fund and World Bank.

You recall a debate between Governor Sulaiman Kiggundu and Finance Minister Dr Crispus Kiyonga as to who was responsible for the excess liquidity that was ravaging the economy in late 1980s. It is important to note that now, as opposed to the late 1980s, government accepts that spending through the consolidated fund is responsible for printing money that hurts the economy.

Issuing government securities is a direct competition with the private sector for the funds available in commercial banks. It is this competition that is blamed for the high interest rates in the country.

REPOs (Repurchase agreement) are issued by the central bank as short-term measures for the government financing but passing as a tool for short term liquidity management. The REPO mode of borrowing, which has tended to become the norm other than the exception is costly.

It is such interest costs that have come to haunt the central bank as its performance often ends in losses. It is these losses, which have accumulated over time that have prompted the IMF to call for the recapitalization of the bank.

Supplementary budgets in Uganda have become the norm rather than the exception. The implication is that our budget processes are flawed hence producing unrealistic country budgets.

This seems to be the case when it comes to the tax revenue expectations. The expenditure budgets are drawn on the basis of expected tax collections by URA. Consequently, when URA fails to meet the set collection targets and the government keeps on spending or adding supplementary budgets, the pressure builds up for money to be raised by borrowing either from the public (treasury bills or bonds) or directly from the central bank.

In the face of Covid-19, our budget for 2020/2021 of Shs 45.5 trillion is bound to have huge shortfall in revenue expectations. The consequences of such a shortfall in the 2020/21 budget are that we are bound to witness more supplementary budgets, more losses at the central bank driven by the interest in REPOs it issues to support government borrowing as government competes for funds in the open market.

Under the circumstances, we are likely to see an escalation in the inflation rate, depreciation of the shilling and an overdrawn Consolidated Fund account. In addition, we may witness hostile tax collection measures making paying taxes a matter of life and death.

The way forward would dictate that our budgets be as realistic as possible. This means the government should reduce its tax revenue expectations and scale down its ambitious programmes. Spending should be supported by the tax cash-flows and any budget revenue shortfalls should be met with budget adjustments not supplements.

MPs should not approve supplementary budgets without being satisfied with the source of funding.

The author is a senior accountant who retired from banking

What does Uganda parliament do for the people, why will Ugandans yet vote in mps/reelect them, does Museveni need parliament or any one to lett him or advice him as to what to do?

Does Museveni need to be reelected when he's the only candidate & winner?

Why are Ugandans keeping Museveni in power, yet pretend it's the migrant who is hanging on?
Report to administrator
0 #2 kirya 2020-07-05 21:01
Ugandans are sick and tired of m7 and his gang of thieves but they cannot dislodge him by words.

They have to pick up arms and chase him out of Uganda. Do they have arms to cause a real change No not yet but they are getting there.

Akot do you part by exposing m7 to the UN and other organizations.
Report to administrator