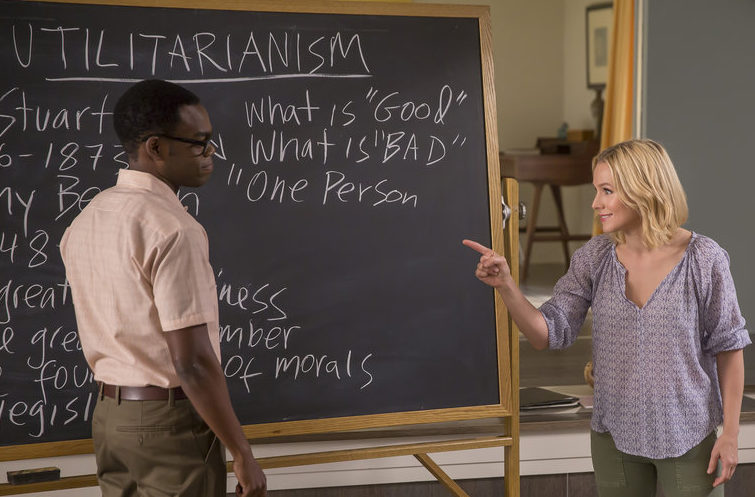 Advocating for the subject of Philosophy, I am a little conflicted. Being my academic speciality, one is bound to think that I am only promoting my own.

Certainly, I am passionate about the discipline, but mostly for its usefulness. I have studied many things whose mainstreaming I wouldn’t advocate for. Not because I find them useless, but basically because they are not things without which life wouldn’t go on smoothly. For those kinds of things, it is okay for some to study and specialise in them, but not necessary for all.

Even in Philosophy, there are sub-disciplines I consider important but wouldn’t recommend for everybody. But there are those that I think must be part of everyone’s learning either at secondary, tertiary level, or both. There is sufficient evidence, as I will briefly show, that ignoring them is likely to affect everything else that we do.

Sometime back, a close friend of mine who had accomplished his Master’s degree and taught at university for some years surprised me when he told me he was going back for a bachelor’s in Philosophy. He had studied some few Philosophy subjects as part of his undergraduate programme in Ethics and Development Studies, and had since then felt like something was missing in him.

As they say, he who dips his finger into honey does not deep once. He is now almost finishing the BA in Philosophy. Occasionally we talk, sometimes about changes he is realising ever since he embarked on the course. He admits that he sees the world quite differently now, of course with some frustrations: he easily gets bored listening and reading stuff that seemed okay before.

He sees so many flaws in reasoning in what conventionally goes as sound speech. But he cannot raise his objections without seeming to be a wiseacre.

This week again, I saw another friend, who is on a programme in USA with some introductory philosophy courses, asking on Facebook why she was not taught any Philosophy at her undergraduate and master’s at Makerere.

I am glad that more people who get some taste of Philosophy eventually realise how essential it is. They confess, like St Augustine did when he found God: “So late have I known you, oh ancient beauty”.

Unfortunately, Philosophy is one of the most misunderstood disciplines. Many know it to be something entirely abstract and basically about endless argumentation and hair-splitting. Both Philosophy and philosophers are thought to be complex and unintelligible.

It is not uncommon for people to respond to any complicated speech or text by saying: ‘that is too philosophical’. Some philosophers, and those who claim to be so, have not helped matters, by deliberately complicating their work beyond necessity.

With this reputation, many conclude that Philosophy is a luxury for those who can spend their life in endless questioning, abstraction, and confusion. That it is not for those who are seeking for education to meet life’s challenges.

It is thus shunned by many, and, in Uganda, it mostly survives through the work of major seminaries – since it is a requirement for Catholic aspirants to priesthood to go through philosophy training. Outside seminaries, Philosophy is struggling and faced with extinction! This should concern us all.

I will mostly speak for Philosophy’s sub-discipline of logic here. On another day, I will come back to talk about Ethics (moral philosophy).

Logic is variously referred to as Critical thinking, Thinking skills, or Analytical thought. It basically teaches us how to think through ideas and arguments in order to arrive at the truth. It orients learners into the art of argumentation.

Not for argument’s sake, but to be able to make assessment of what is presented to us as claims to truth. Ultimately, it helps lessen our gullibility and improve our reasoning abilities.

Life is basically about making decisions, which involves thinking through a wide range of things that the world bombards us with all through life. Reasoning skills are thus a vital tool for everyone in preparation for life.

In today’s world of too much information that is thickly mixed up in truths and lies, anyone not well prepared in critical thought can easily be taken captive by lies, half-truths, market gimmicks and propaganda.

Today, many people have fallen victim to lies and deceptive appearances that they would otherwise have avoided. Many of our leaders take advantage of our gullibility and inability to scrutinise their speech to exploit and get away with so many wrongs.

We are deceived through oratory rhetoric that we are sometimes not well equipped to decode and strip. Reading through Facebook posts and comments of some senior people, you can’t fail to notice how pervasive the problem is.

Yet, there has been a deliberate presidential attempt at projecting science as the most important thing to study – as though it can develop a people on its own. This view, if genuine, is not only misguided but dangerous to society too. Science without critical thinking skills and certain inclinations of the heart can potentially become a monster. In any case, innovation requires critical thought!

In my view, the idea should be more about the complementarity of the disciplines, how each needs the other. The rigid boundaries that are traditionally drawn between academic disciplines are only useful in categorisation of knowledge and skills, but they tend to depict a division of knowledge that is actually false in reality.

We should instead ask ourselves how we can train integrated human beings that may specialise, but with a wide range of knowledge and life skills. In this, we should ask what the different disciplines can offer, but not how to guard illusive high disciplinary walls.

Doing this, we shall avoid the costly trend of disciplines dying with all their treasures. For a start, we should have active conversations on how critical thinking skills can be integrated into all our learning. It is a sine qua non for meaningful development.

I applaud your honesty . For someone who has the skill to use several fake "names" on a single site , you must be the most qualified to teach none-thinkers the perceptions of "being yourself"

And of course this article is a waste of time , That must be the reason why Lysol stayed asleep .

Ugandans don't need to think too much as it's just bringing down the tribalistic system Museveni so cleaverly put in place needed & their UNITY will give chance to form the kind of governance they want, even making their tribal leaders heads of their states & be real countries!

Covid-19 should wake Ugandans to see they MUST be able to decide what to do in situations like this!

Museveni will rule for yet 30 years, the today 30 years old will be 60 years old!

What will Ugandans who only knew/know Museveni as ruler, do in the tribalistic system?
Report to administrator
12