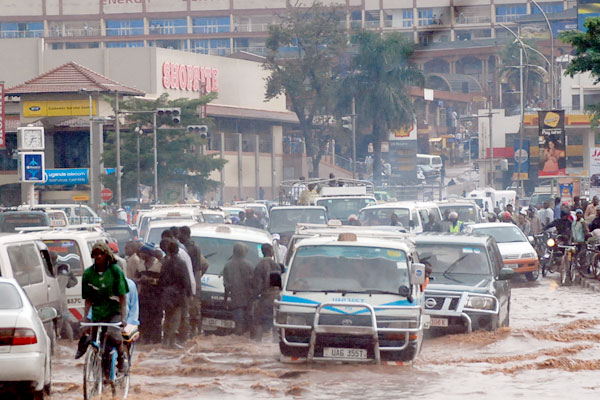 Journalist Joseph Kabuleta one time remarked – curiously in a sports column – that in Uganda, a lead government-leaning newspaper would print a headline, “$10b missing in ministry x,” and nationals would walk past newspaper stands like nothing had happened.

“It is government money,” many will say half-interestedly. “Those guys… anha … they have really eaten,” some will exclaim.

Kabuleta sought to demonstrate how not simply laidback and unimpressive Uganda’s public was, but also the fact that average Ugandans do not appreciate the connection between their pains (starvation, poverty, disease, poor infrastructure) and the ways in which they are governed. The government exists separately, and they also exist on our own.

See, there is no agitation for better public service delivery (education, health, public transport – it is all mediocre). There are no sustained campaigns demanding answers when public resources are robbed or simply illogically allocated. Except some scattered incoherent noises.

Sadly, it is not uncommon for half-educated political commenters to laugh at Ugandans legitimately crying out, “twagala government etuyambe,” often when afflicted by natural calamities.

Twagala government etuyambe is a legitimate plea, but many idiotic opinions consider this laziness. No wonder, the government of Uganda has treated Covid-19 lockdown relief supplies as a favour to Ugandans, thus taking its time to deliver. They also chose they also have a select group of recipients – although the lockdown was non-discriminatory.

But this meek and complacent attitude of Uganda’s political public – the ordinary tax-paying folks – and the simplistic stupidity of our so-called “public intellectuals” – laughing as twagala government etuyambe – speak to a rather deeper predicament.

This predicament is not individual but, rather, structural.  It is policy-induced stupidity. I locate this state of public inertia in two complimentary moments in our recent history: (a) 2005 the abolition of direct taxation, specifically graduated tax, and (b) 1980s structural adjustment programme, which pulled governments out of the markets and effectively privatised livelihoods.

These were not simple market-driven events, but deep cultural shifts. They gave birth to new consciousnesses, which sadly anesthetised political publics. They not only individualised hitherto collective publics, but also turned them into passive spectators to their clearly egregious exploitation. Let me demonstrate these more vividly.

The pain of structural adjustment is not simply the corrupt-ridden dismantling of cooperatives and parastatals, which actually ruined many economies – as had been predicted.

It is neither the absurdity of governments abandoning key public goods and services, leaving them in the hands of ordinary folks. It is the culture it created: “You Are On Your Own.”

Being on one’s own even in things clearly so big for a private person became a normal consciousness. This is why we hire private security guards for our homes (even when we proudly hail Museveni for “giving us” sleep). This is why private health clinics are in big business, even when Mulago national referral hospital now has four branches.

See, how does a national referral hospital such as Mulago, expected to offer a public good because Ugandans pay taxes have a private wing – supposedly for better-quality service?  It is simply ridiculous.  Private schools are flourishing because of the same mindset. And like Mulago hospital, Makerere University is struggling with a tuition challenge.

It is stuck in terrible split identity – as a public, but also as private institution. Against these failures, NGOs are flourishing, and NGOs and CSOs have sadly turned the smartest brains in the country into rich idiots. Also dumb and laidback. Everyone is on their own. Government owes us nothing, and we demand for nothing.

So, you walk to your designated ATM machine and withdraw Shs 450,000. You then amble you tired frame to another
bank or kiosk and hand it over to a chap dressed in a URA uniform. You expect nothing in return but a receipt acknowledging tax payment to
the government of Uganda.

Or a simple mobile money operation the same way we pay for OTT. And you will be doing this for 12 months a year. Yes, the fact that many Ugandans will default on this arrangement underscores the fact that whoever will be patriotic enough to pay it, will definitely demand accountability from Museveni’s government.

They would never allow Museveni to have Shs 2.5 trillion of this as “classified” budget.  But they pay this tax without seeing the money, nor realising it. They negotiate their salaries with phrases such as, “how much after tax?”

Indirect taxation has elixired nationals in countries with lower literacy rates into long daytime slumber while their governments loot them with wanton abandon. Indirect taxes came to Africa too early to be appreciated. Although it is hailed as an easy way of collecting taxes – and a lot of it – the cost on our political public is overwhelming.

It's you and I who make M7 who he is! Power belongs to you and I. Talking about Kabaka, it's Kabaka Mutebi"s choice, he chooses to be in captivity, just like you and I.

The only difference is, Mutebi is a king, by implication, he choice of captivity affects you and I because he has pe His voice and/or actions mean a great deal, and further affects all of us.

He is in a comfort zone and doesn't give a rat's ass. If he did, he wouldn't let his voice, Mayiga, stand in Mengo and passionately urge us to accept rigged elections. Then further tell us that that M7 is the bes, yet he clearly knows that he is the worst.

Therefore, you and I should make certain that we reclaim our power and show Mutebi that if he continues to support the criminals, then there is no need for kingdoms. We get rid of the kingdoms and let M7 and his family rule forever. After all, what good are the kingdoms for?
Report to administrator
+3 #42 Remase 2020-06-01 19:38
Kirya, M7 could surround us with the army, and yes Mutebi is surrounded by the army too. Unfortunately, I hate to tell you, we let Me 7 do that to us and Mutebi loves it with a passion.

US has the best army in the world, can it surround it the way M7 has done to us? That is why Yusuf is asking why are dumb and passive? Indeed we are dumb and passive!
Report to administrator
0 #43 Remase 2020-06-01 19:38
Kirya, M7 could surround us with the army, and yes Mutebi is surrounded by the army too. Unfortunately, I hate to tell you, we let Me 7 do that to us and Mutebi loves it with a passion.

US has the best army in the world, can it surround it the way M7 has done to us? That is why Yusuf is asking why are dumb and passive? Indeed we are dumb and passive!
Report to administrator
0 #44 Charles Dicken Oruk 2020-06-02 21:49
Quoting Arnold:

So you who is not gullible know better, than the 12 million Ganda?

Separation of powers is one of the key issues Mengo is fighting for. It seems some people only see themselves rising if another loses. You don't build anything like that.

In quoting my post you said the above. You asked whether I know better than the 12 million Ganda. It may be yes or no.

Yes because, if we can relect back before 1981. Ugandans united to remove dictator Idi Amin. That time the trible king was not there.

Today, 35 years of dictator Museveni, the people where the center of the administration of our country reside, are busy doing what ever the thing is good just because their Kabaka who does not put food on their table is there.

The ordinary Baganda are suffering but they cannot stand up to fight for their rights. Their lands are being taken but they ask questions like, what can we do.
Report to administrator
0 #45 Charles Dicken Oruk 2020-06-02 21:50
No because I do not now why they (Ganda) look on when their Kingdom and King is under open prison.

Their children doing business always get their merchandise burnt in the market every year. This act turns them in to poverty yet they do nothing.

But in 1980 they were very organised to fight an elected government on lies and rumors. Today, the King is there, every thing is normal.
Report to administrator
0 #46 Kalibbala 2020-06-02 23:27
Uganda is a Failed State!!! Sula thanks a lot for the Analysis...NRM (Notorious Robbers Movement) Army...Overran Uganda and Owns it!!

All names of Key Players are Westerners!! All Business Elites are Banyankore!!All Banks and Money Institutions belong to them.. They are Exempted from Revenue..etc..Before All other Tribes wake Up and Demand their Share..Suffering will Continue! No Case to Answer the God Almighty presides in State House..
Report to administrator
0 #47 Kalibbala 2020-06-02 23:27
Uganda is a Failed State!!! Sula thanks a lot for the Analysis...NRM (Notorious Robbers Movement) Army...Overran Uganda and Owns it!!

All names of Key Players are Westerners!!All Business Elites are Banyankore!!

All Banks and Money Institutions belong to them.. They are Exempted from Revenue..etc..Before All other Tribes wake Up and Demand their Share..Suffering will Continue! No Case to Answer the God Almighty presides in State House..
Report to administrator
12345