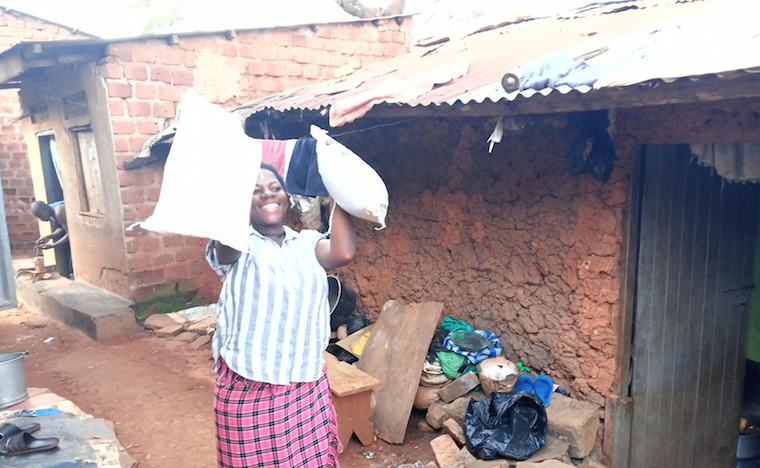 During the Somali civil war of 1988-1991 and onwards, a food crisis emerged on the horizon. There was a drought.

But this drought would never have turned into mass starvation had it not been for marauding gangs had raided farmlands. Enabling war-ravaged populations access to food aid or denial was power in itself.

My friend and mentor, Prof Abdi Ismail Samatar, would argue that the worst famine in Somalia’s history was a product of political processes, not the weather. In a 2011 essay for Al Jazeera, “Genocidal politics and the Somali famine,” Samatar noted that nearly 300,000 innocent lives died in Somalia during the 1992 drought not because of the drought, but, rather, sectarian politics.

The gangs, the raids and the warlords made access to food difficult, causing mass starvation and deaths. Although food’s political nature is more visible in moments of crisis, food has always been political.

Political economists have written plenty of times that the next wars will be fought through access to or denial of food (and technology). With access to food being a coveted human right, food security guarantees not just livelihood, but also national sovereignty, and general security.

Interestingly, although politicians love using hunger as a tool of coercion, it is possible that denial of food – directly or indirectly – has terrible political consequences.

The indirect form of using hunger for control comes via the excessive reach of capitalism. Peasants are encouraged to grow cash crops [tea, sugarcanes, jatropha for biofuels], which exposes them to mass starvation, making them easily exploitable and controllable.

See, after using all their small plots to grow sugarcane – as happened in Busoga – there is simply no food for they did not grow it. Even when one has money, there is no food to buy.

This risks inflation and, consequently, starvation. This has been the opportunistic argument for genetically modified organisms (GMOs), with seeds claimed to grow faster than the ordinary ones. [In truth, GMOs are themselves a form of control and deprivation, but this is conversation for another day].

But as Abdi Ismail Samatar noted, these natural disasters and pandemics never end in mass starvation if it is not for the selfishness or idiocy of politicians and warlords.

Under a Covid-19 lockdown going on in Uganda, the NRM government seems inspired by both the quest for political profiteering, and outright ignorance as the food relief supplies are concerned.

See, Abdi Samatar (cited earlier) noted that in moments of disasters/famines/ epidemics, affected communities have three lines of defense respectively: their local communities (churches, local leaders, philanthropists), national government, and international community. While they might work in concurrently, oftentimes another comes in when the immediate one is overwhelmed.

Afraid that local community members (churches, mosques, rich neighbours) helping disaster/lockdown-hit victims with food and water will benefit the helpers (understood as opposition groups) and disadvantage the NRM/Museveni, President Museveni simply outlawed local communities from responding to the disaster – in their neighbourhoods.

Even long-established and arguably apolitical units such as churches, mosques local NGOs – were outlawed from directly engaging with their communities.

The argument was that local community donors will be disorderly – that is, not meet social distancing regulations – and might instead risk the very communities they seek to help. Instead of giving them guidelines on how to go about responding to disaster, an ugly scare of “attempted murder” was penal-coded.

Museveni instead subjected local community help to the central government. The trouble with centralizing donation is that it made the journey food travels to reach the affected persons terribly longer.

And as we have seen, the national task force distributing food to communities is mired in scandal after scandal. Food has not only delayed to reach its intended beneficiaries, but neither are the government distributors observing any social distancing guidelines.

In addition to insulting disaster/lockdown- affected persons as “poor and vulnerable”, officials are keeping most of the food supplies to themselves. Horror stories of seemingly “rich” people/officials stealing food have simply become too common.

By centralizing food donations and supplies, Museveni sought to be the sole giver of the relief food – and the “poor and vulnerable” [which is all of Uganda, by the way] will have to thank him singularly.

The problem, however, is that within his team, there are no food anthropologists, and historians with expertise on food patterns and behaviors. Museveni appears to have no political economists either to guide him on the security risks of government-induced mass starvation.

These terrible weaknesses notwithstanding, Museveni still has advantage in this entire Covid-food affair: Threatened by food riots, he will simply call off the lockdown.

But inevitably we will enter a food crisis as there was a lot of loss during lockdown as farmers lost produce overlocked/complicated markets. For genuine opposition politicians, Covid-19, and the NRM relief food mess could be a blessing.

+2 #1 Kalibbala 2020-04-29 15:36
By centralizing food donations and supplies, Museveni sought to be the sole giver of the relief food – and the “poor and vulnerable” [which is all of Uganda, by the way] will have to thank him singularly..

# Yusuf..spot On..simply Because He is God..from Butare..Son of Kagutu General of NRA..a Force Trained to Kill and Maim Ugandans without Fear of reprisal..(Zaake is in a Coma Tortured for Distributing Food)..Hunger understands no Logic and a Hungry man is Always Angry..Late us just Hope that Ugandans will Stand up and Do a Khartoum..

By centralizing food donations and supplies, Museveni sought to be the sole giver of the relief food – and the “poor and vulnerable” [which is all of Uganda, by the way] will have to thank him singularly.

Late us just Hope that Ugandans will Stand up and Do a Khartoum.

Whether or Not They are Bound to Die Anyway. LDU have Orders to Shoot to Kill, can they Massacre 10.000.000 in One Day.?

The moment Ugandans bring down the tribalistic system Museveni so cleaverly put in place, UNITY will block & force the demon out & police/army serving him will have to leave with him or apoligyse & become Ugandans' security bodies!