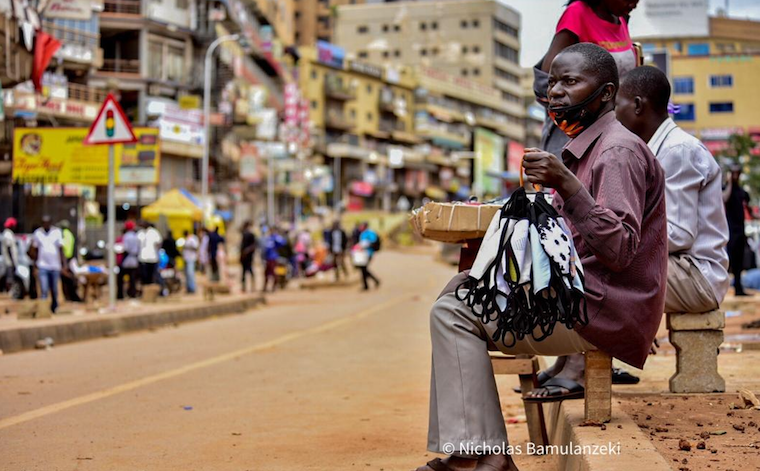 In the wake of heightened interventions by various countries to stem the spread of the Covid-19 pandemic, there were several messages of congratulations from people of other African countries as they expressed admiration and appreciation for the initiative by the Ugandan government to be among the first African countries to mitigate the pandemic through stringent border controls and the quarantining of those who were arriving from the worst-hit countries.

The only other time that I experienced a comparable feeling of national pride was back in August 2012 when I received congratulatory messages from friends of other African countries after Stephen Kiprotich won a gold medal in the men’s marathon at the 2012 London Olympics.

The difference, however, is that my national pride regarding the handling of the Covid-19 pandemic did not last for long as it turned out that Uganda’s version of quarantining initially meant arresting the law-abiding returnees and visitors, rendering them as already infected with coronavirus and donating them to a hotel owner for financial extortion.

The quarantining procedure, therefore, became yet another very well-articulated policy handled so dreadfully. Granted, Covid-19 has real consequences and as seen from the worst-hit countries such as Italy, the prevalence and mortality rates can quickly soar from hundreds to thousands within days.

However, it was one thing to be pro-active and vigilant at preventing the onset and the spread of the pandemic, but it was another to act beastly by detaining returning citizens, visitors and investors and gifting them to a businessperson for financial extortion.

Suddenly, it appeared that there was some inherent evil about everyone who was arriving from abroad. Yet, when all the anxieties, hullaballoo and myths regarding the Covid-19 pandemic are finally over, we will see gullible and desperate women paraded in events dubbed curvy beauty pageants as a facade to promote tourism.

We will see another minister traversing various countries in the name of marketing Uganda to foreign investors. We will also continue to proudly bank on a five per cent diaspora contribution to the economy.

Fortunately, the way the quarantine process was initially mismanaged, and the pro-activeness that followed leaves us with some key lessons on managing corruption and the value of citizens’ awareness of what to expect from a government program.

Although the subsequent enhancements of the quarantine process may not be squarely attributed to the dreadful events at Central Inn hotel in Entebbe, the attention and actions that the social media “noise” attracted cannot be taken for granted.

We have learnt that the continuity of any form of oppression and mismanagement of any government program heavily depends on the level of public awareness, resilience to resist bribing and the courage to make persistent ‘noise.’

I have argued that the culture of silence amongst Ugandans, when faced with oppression or ineptitude, poses a bigger threat than the threat posed by the oppressors.

Several years ago, when I interfaced with several anti-corruption agencies, I remember a famous program by Uganda Debt Network (UDN) which aimed at promoting citizens’ empowerment for accountability of public resources and delivery of public quality services.

Particularly, I remember UDN’s exercise of empowering local communities on how to monitor the construction of UPE school buildings.

They would, for instance, teach local communities in rural areas about the exact size of classrooms they should expect, the exact measurements of construction materials and the various steps to take in case they suspected that anyone was diverting the funds or materials meant for UPE buildings.

Such is the kind of vigilance needed to avoid despicable projects such as a one pit latrine that costs a billion Ugandan shillings to construct. We may not always necessarily know exactly what to expect from government, but we may sometimes know what not to expect.

Apparently, while there are cases where public funds are misappropriated right from the source, the little that reaches the grassroots level can be of some value, if at all the intended beneficiaries of the program have a clue of what not to expect, in the same way that the returning citizens and visitors who had been held at Central Inn hotel in Entebbe knew the difference between a quarantine facility and a detention center.

But, most importantly, we have learnt that an honest social-media post that goes viral can yield better and quicker results than a parliamentary committee of inquiry into a particular corruption scandal.

The writer is a social worker in Alberta-Canada.

All they care about is to take over Uganda import their brothers and sisters from Rwanda to make Uganda part of Rwanda!!
Report to administrator