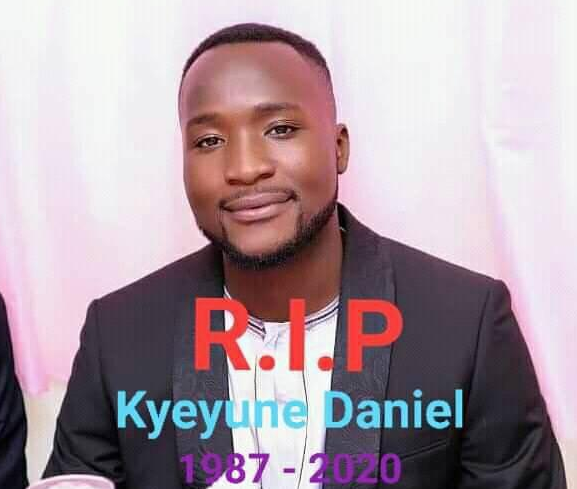 What two weeks these have been for the country!

From court acquitting Dr Stella Nyanzi of cyber harassment of the president, to UCU’s Sheena Bageine being arrested for speaking up against rape; from the blocking of Hon Robert Kyagulanyi’s presidential consultation meetings by Police, to the OTT case hearing being adjourned and Dr Kizza Besigye being arrested in Jinja.

This week, in the People Power movement, we have buried two young people!

As a country, we did not just lose lives; we lost hope, courage, empathy, dignity, security and trust. We lost the future and sold our souls! How far are we willing to go?

How long shall our children, our brothers and sisters, be taken from us in cold blood before we understand that we are a united people that should be fighting on one front for justice and human dignity?

On Monday, February 24, we suffered a terrible loss of a 28-year-old Ritah Priya Nabukenya in form of an accident caused by a Uganda Police patrol car. I knew Rita personally, as a friend, a comrade in the struggle and as one of the women I lead in the People Power movement.

Ritah was not an ‘undisciplined, unruly, reckless or rowdy’ youth – terms commonly used while referring to the young People Power supporters. Contrary to that, Ritah was a very soft-spoken, calm, disciplined and very respectful young lady who was deeply passionate about life and changing the governance issues in this country through changing its leadership.

She respected and wanted Kyagulanyi to be the next president of Uganda through the People Power movement. It is unfortunate that this deep love and unwavering support is what led to her death. We buried her in Nabwendo Bukoba village, Kiboga district on February 25. The ceremony went on peacefully until the return journey, in Nansana.

Yet again, we lost another young soul, 33-year-old Daniel Kyeyune, who was recklessly murdered at the hands of police/Local Defense Unit (LDU) security operatives. Several other people got injuries in the scuffle. Now, what a night! What double tragedy! What terrible loss!

How does one deal with loss amidst mourning? Thinking about Ritah’s currently motherless two little girls aged six and four and the little son Daniel left behind, I ask myself; as a country, what generation are we raising?

A kind raised in the midst of a storm of intolerance, impunity, hatred, violence, abhorrence and huge losses! How do you tell these young children that their parents were murdered by security agents supposed to keep them safe?

How will these children relate with men in uniforms? Will they ever feel safe? When they are faced with challenges that require police interventions? What inner debate will they ever hold?

What are we losing as a country amidst this recurring loss? How do we dig ourselves out of this graveyard? Where does the sheer animosity and detestation that I witnessed when two LDU officers wielding long sticks beat up my colleagues and I that dreadful day, even inside our vehicle?

What I felt when my colleagues and I delivered Ritah’s lifeless body to her parents’ home in Bunamwaya, a suburb of Kampala, is a feeling I never want to feel again. The unbearable pain and sense of loss I saw on the relatives’ faces is one I would never want any parent to bear. The feelings that overwhelmed me during Ritah’s postmortem is the sight of her young dead body, lying naked on a silver metallic ‘bed.’

The feeling deepened my understanding of the ‘uselessness of life’ as clearly depicted in Karel and Josef Capek’s The Insect Play and why no one should end another’s life for material gains, titles or power.

Life is short but it is worth living. And it is worth living while doing the right thing and making fundamental contributions to your community. Ritah and Daniel died at such short years but their footprints will forever be engraved on our hearts and country.

What lessons do we learn from this?

As a young female leader, I dream of a country that gives equal opportunities to both the young and old, opposition change agents and ruling party to participate freely in governance processes without oppression and death.

Rest in peace, comrades! I call upon all Uganda security agents to respect people’s lives and treat Ugandans with dignity. We can all live together in harmony with dignity.

We can all live together in harmony with dignity...Yes my Sister..We All wished to see a New Era of Life in our Country in 1986..only to Learn that it was All a HOAX..All the Blood spilled in Luwero and after was to Entrench One Tribe in Power..HOOK or CROOK...Today Forces are Brought in from Neighboring Countries like The Interahamwe and M23 Rebels From Conǵo to Mercilessly Butcher Our People..

There is No Sane Ugandan who can Treat His fellow Country Man/Woman the way these People are Treating Us...Rest Assured that ALL has its End..There Time is Near..Pharaoh Called Himself God to his last Breath..NEVER LOOSE HOPE UGANDANS...
Report to administrator
+4 #2 kirya 2020-03-07 00:05
m7 and his family of killers are responsible for the death of these young native.

I have not heard any of the NRM speak up. Fellow Ugandans it is time to chase these suckers out of Uganda.
Report to administrator
-2 #3 Nalongo Mutiima 2020-03-08 15:24
QUOTE: "A kind raised in the midst of a storm of intolerance, impunity, hatred, violence, abhorrence and huge losses! "

You ask FDC's Besigye or even Museveni whether People Power fanatics are a tolerant, violent-free, and respectful of other political players.

The answer is NO! For this case, PP's adrenaline is highly charged by the death of their own with little care for other deaths in similar circumstances.

Consider a musician from the north who has abandoned PP, accusing it of tribalism and selective treatment of followers.

In the unlikely event that PP ever forms a government, we will witness a re-enactment of Professor Lule (RIP) who forgot he was President of Uganda and not Buganda, that led to the fall of his short-lived government in only 68 days.

The man wanted to be the president. It is the baganda who financed his war so please know your facts.

You failed to understand Nalongo's cryptic message. It seems all sinners now blame M7 for their sins.
Report to administrator