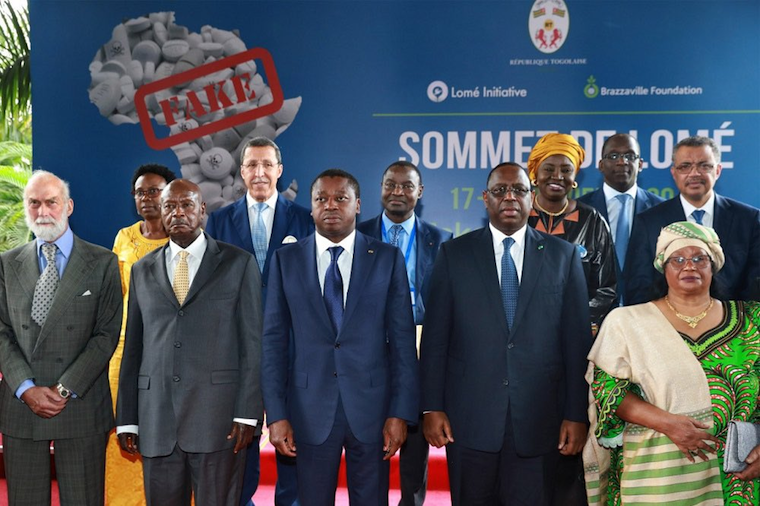 On January 18, 2020, Ugandan president Yoweri Museveni was among seven African heads of state that signed a political declaration to stem the problem of trafficking in substandard and falsified medicines in Africa under an agreement that has been called the Lomé Initiative.

The meeting, co-organised by the Harvard Global Health Institute and the London School of Hygiene and Tropical Medicine, resolved  “to end the traffic in substandard and falsified medicines to ensure universal health care as part of the 2030 Agenda for Sustainable Development.’’

The initiative aims at stemming the traffic in counterfeit medicines by introducing legislation to criminalize this traffic, impose tougher criminal penalties and ensure vigorous enforcement of the legislation.

Substandard and falsified medicines are a major public health threat across the world. The World Health Organisation (WHO) estimates the value of this illegal medicine market at approximately $200 billion annually comprising 10 to 15 per cent of the global pharmaceutical market.

This is big business with dire consequences. WHO estimates that in 2015 alone, 122,000 children under the age of five died from poor-quality antimalarials in sub-Saharan Africa.

Fake medicines thrive because the African continent and healthcare systems present perfect conditions for this illegal trade. There is inadequate financing of health by African governments, which leads to limited availability of medicines in the public sector. Patients are then forced to revert to the private sector where sometimes they cannot afford the prices of medicines.

Whereas we have very good and professional national drug regulatory agencies such as the National Drug Authority (NDA), these agencies often do not get financing from governments and, therefore, do not have the capacity to monitor all border entry points for medicines.

The public is also not sensitized to identify and report those that traffic in fake medicines and many times there is lack of harmony in policies, enforcement and punishment of culprits. The common person is, therefore, left deserted.

The Lomé Initiative proposes to interdict the traffic in substandard and falsified medicine by imposing tough penalties such as a minimum 10-year jail term for offenders, introduction of mechanisms to ensure strict application of the new legislation, strengthening capacities for rigorous enforcement and garnering African countries’ support for signing of the Medicrime Convention and Palermo Convention against transitional organized crime.

This by all means looks like another anti-counterfeiting campaign, which may not solve Africa’s problems. Therefore, our governments should be careful that this initiative does not provide a platform for pushing forth stronger intellectual property rights (IPR) protection mechanisms that hinder access to approved generic medicines using public health as a front.

Articles about the Lomé Initiative use many terms to describe fake medicine; illegal, counterfeit, substandard and falsified. These terms are very different and often using them interchangeably is aimed to confuse the public to conflate intellectual property issues and enforcement with legitimate public health and safety issues.

These are the terms the public ought to know and differentiate: illegal medicine are unregistered or unlicensed products that have not undergone evaluation and approval by the NDA to be marketed, distributed or used in the country.

Substandard medicines are authorized medicines that fail to meet their specified quality standards due to poor manufacturing, storage and/or distribution but there may be no element of “intent.”

Falsified medicines are those that intentionally and fraudulently misrepresent their identity, composition or source either through substitution, adulteration or reproduction of an authorized medicine.

On the other hand, counterfeit medicine refers to intentional and fraudulent misrepresentation of a medicine through commercial-scale willful infringement of another trademark or trade name of a medicine. Counterfeiters aim to benefit from popular trade names.

In Lomé, President Museveni called for concerted efforts among African countries towards elimination of trafficking of substandard, falsified medicines and other medical products. He asked his fellow leaders to work together to form a system that is managed and regulated by Africans; to invest in research and development of health-related technologies, among others.

What is required is high-level political and financial support to strengthen existing healthcare systems in Africa. The problem of substandard and falsified medicine has been widely talked about but with anecdotal evidence, yet the impact fearfully shown requires empirical research on the extent of the problem. It is time to invest in research and solutions to the root causes to solve the problem.

The author is a PhD candidate, Pharmaceutical Policy and Regulation, Utrecht University, Netherlands.

0 #1 WADADA rogers 2020-02-11 17:16
Banange look at Museveni, the rest of the people in the group look kids to him, somebody should advise him to retire honorably
Report to administrator