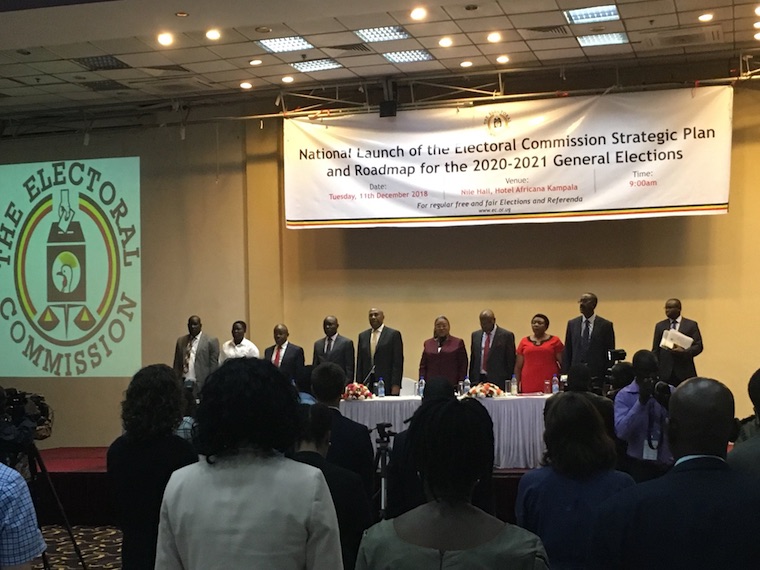 Last year the Electoral Commission (EC) released the revised key milestones for the 2019/20 - 2020/21 general elections road map. There are many key stakeholders in any general election that play different roles at different times.

One of the key stakeholders in these general elections’ road map are a special category of people called Human Rights Defenders (HRDs). It is important to understand who these people are and what role they play in society and why they are considered special.

In other words, any person who promotes human rights through awareness creation on fundamental rights and freedoms as enshrined in the Constitution under Chapter Four or any other legislation qualifies to be a human rights defender.

There are no legal necessities or requirements such as registration, academic qualifications or titles required of you save for having the knowledge and skills to impart to others.

A peasant or ordinary citizen who stands up to protest or speak against land grabbing, impunity on the road, corruption, poor service delivery, domestic violence, sexual abuses and harassment, social-economic inequalities, nepotism, excesses by security forces whether uniformed or not, or any other human rights abuses or violations by anybody whether employed by government or in the private sectors qualifies to be a human rights defender as long she or he does the above activities in a peaceful manner.

They play a critical role in reminding the state to fulfill its tripartite obligations of respecting, protecting and promoting human rights. They monitor how governments are implementing programs and provide positive information and expertise aimed at enabling government to realise the global agenda or the 2030 Sustainable Development Goals which are in themselves human rights, to which governments committed themselves to. Their noble work is complimentary to the national priorities and development agenda as envisaged in the NDP II.

Article 38 (1) and (2) of the Constitution of the Republic of Uganda provides that every citizen has the right to participate in the affairs of government, individually or through his or her representatives in accordance with the law. It further provides that every Ugandan has a right to participate in peaceful activities to influence the policies of government through civic organisations.

Examples of human rights defenders (by nature of their work) in Uganda include the journalists, judicial officers, teachers, activists, policemen, the army, civil society, and members of parliament, councilors and other private individuals.

Defending human rights literally means speaking truth to power and normally invites retaliation by the powers that be at that particular moment.

It is a check on power relations and often times those challenged for infringing or violating the rights of others, often hit back by questioning where you derive the authority to question their actions -sometimes causing grievous bodily harm, physical arrests, and detention including disappearance in extreme circumstances.

It is in such circumstances that you are posed with rude questions and phrases such as – Do you know who I am? This is an order from above… ! We shall crush you….! You don’t know whom you are dealing with..! I will finish you….! I can do anything…! I will kill you! You can’t do anything…We are the majority and we have the Majje..(read army)!

Thus defending human rights is a risky venture that calls for courage towards such retaliations.

We have since noticed that ever since the road map was launched in 2019 prompting political activities such as election campaigns, consultations, elections, by-elections, and voting, human rights defenders continue to be haunted by both state and non-state actors.

We wish to appeal to all actors be it state or non-state actors, to understand that human rights defenders are a legitimate entity that derive their mandate from the Constitution and other subsidiary laws.

It is important to appreciate the critical role they play in advancing human rights by empowering citizens to know their rights, demand and defend them. We should stop perceiving them as agents of foreign interests, political actors seeking to takeover government or cause regime change but rather as partners in realizing the global agenda to which Uganda is a party.

0 #1 Lakwena 2020-01-24 08:41
In other words Robert Kirenga, there are only two categories of potential violators of human rights: the criminals and the government.

Otherwise, why on earth would anybody go after human rights promoters and defenders?
Report to administrator
0 #2 Lysol 2020-01-31 21:34
Museveni don't kill your own people or mistreat/unnecessary arrests them because they oppose you out of your own imaginary fear.