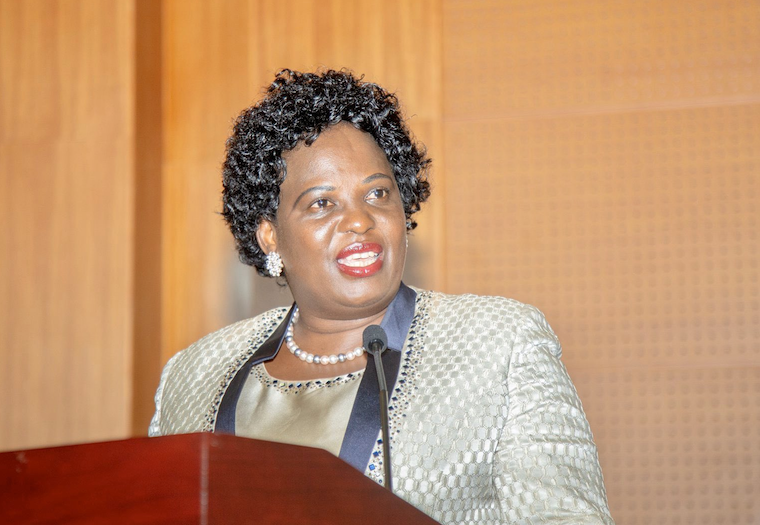 The recent appointment of Betty Amongi as the new minister for Kampala closed the book on the old running feud between former minister Beti Kamya and Lord Mayor Erias Lukwago and shouldn’t open a new one.

The Amongi stewardship of Kampala should open a new iconic door to good teamwork and snuff out the acidic protest politics that has paralyzed work at City Hall all these years.

Lukwago and Amongi cannot have any more excuses for superintending an unpleasant city. For Lukwago, it is time to forget all the troubles he had with former executive director Jenifer Musisi and some ministers. Lukwago has to shape up and show the world he is a leader, and not a mere cry baby.

President Yoweri Museveni has somehow eased his work by shipping out minister Beti Kamya and bringing in Amongi, who is not steeped in the divisive Kampala politics. There is something common between Amongi and Lukwago.

Although Amongi is now allied to the ruling National Resistance Movement (NRM) government – her old leanings are firmly rooted in the Uganda People’s Congress (UPC). And Lukwago is allied to the Democratic Party (DP).

So, both have been born and bred by the opposition. They are also relatively young. Lukwago is only five years older than Amongi. These common things should turn them into a winning, and not a squabbling, team. Lukwago had also turned City Hall into an opposition foothold.

The lord mayor ought to discard that blame game politics and return to work. The city is afflicted with many social and economic ills such as violent and petty crimes, traffic jams, unemployment, school dropouts, poverty, corruption, sprawling slums, poor drainage and occasional floods, among others.

Lukwago and Amongi need to find solutions to these ills. All these cannot be sorted out at once, but there must be a semblance of a concerted effort to solve what is solvable.

It is expected that Lukwago would vie for the same position in the forthcoming mayoral election. He has to prove to the electorates that he can mitigate the challenges in the city. The city cannot stand a cry baby lord mayor.

Minister Amongi too has to give the necessary political support to the lord mayor. She needs to leave behind a stainless legacy of the one minister who made great changes in the city.

If her predecessors chose to pursue a confrontational path to development, as a professional in peace and conflict matters, she should pursue a reconciliatory approach. If the city slumps again because of quarrels between Lukwago and Amongi, they will have themselves to blame if in 2021, the electorate decide otherwise.

+1 #1 Lakwena 2020-01-15 14:06
But nameless guest writer, unless you are also part and parcel of the blame-game; you don't expect Lukwago and Amongi to solve the problems "... of petty crimes, traffic jams, unemployment, school dropouts, poverty, corruption, sprawling slums," etc.

These social malaise are the 34-year making of Mr. M7 ideological bankruptcy and his corrupt regime called the NRM. They are even "resisting" themselves obscurantism and corrupt disposition.
Report to administrator