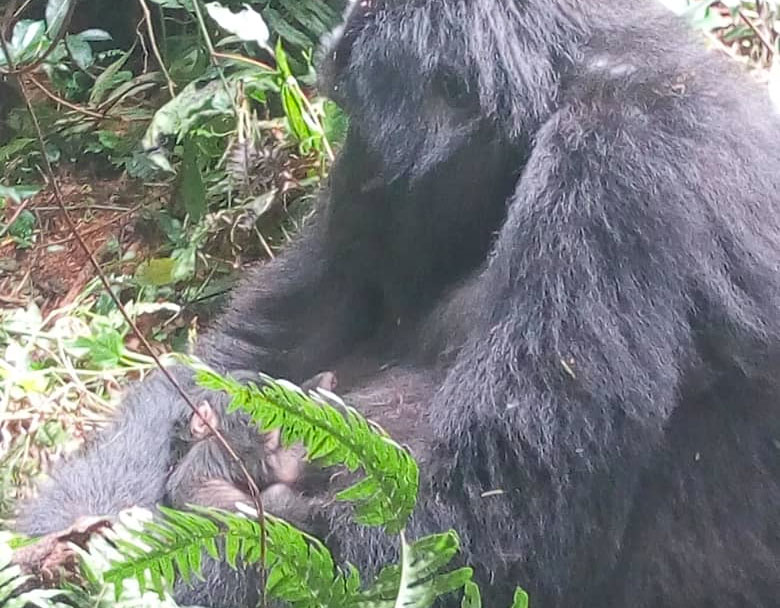 A few weeks ago, Uganda welcomed the news of the birth of a new baby mountain gorilla in Bwindi Impenetrable National Park in Uganda.

About two weeks later, as news of the birth of this baby gorilla was sinking in, Uganda Wildlife Authority (UWA) again announced the birth of another baby gorilla again in the Mubare Gorilla group in Bwindi Impenetrable NP.

The birth of a baby brings much joy to humans and the entire animal kingdom alike. But for Uganda and especially the conservation society the joy is more than double because compared to other species, the mountain gorillas are so few in number and a few decades ago faced certain extinction.

But their impact (revenue and attraction) 26 years later is several times more than all these older tourism products - a testament to what a jewel these awe-inspiring giants have become for their country.

The gorilla remains Uganda’s most prized tourism asset, both in attraction and monetary value (revenue generation) for the entire tourism industry. Gorilla tracking alone brings in about 70 per cent of the total tourism industry revenue collections which stood at $1.6 billion in 2018 from just over $1.45 billion the previous year.

To put the contribution of gorilla tourism in perspective, a decade ago Uganda earned $498.3 million mostly from gorillas which was just about a third of last year’s earnings.

To date, and for the first time in recent history, gorilla permits get completely sold out with bookings for almost a year upfront. This surge in demand has largely been orchestrated by the hiring of destination marketing firms that have been selling Uganda in Europe and North America.

The hired firms include PHG Consulting for North America, Kamageo for the UK and Ireland market and KPRN for the German-speaking markets of Germany, Austria and Switzerland. According to authorities, revenues from gorilla tracking are used in several conservation efforts like trans-locations, containing diseases, and law enforcement.

The addition of two babies, therefore, means the number that will be available for tourist habituation and tracking will have increased ultimately leading to higher revenues.

The fact that these apes are found nowhere else in the wild on earth except this region is great reason to celebrate and conserve them.

Lonely Planet has described the preservation of the gorillas, which were once on the verge of extinction, as one of Africa’s greatest conservation success stories.

And at Fahari Uganda Safaris we want to salute the tireless men and women who risk their lives, spend long dangerous hours in the wild trying to ensure these giants survive for decades to come.

And thanks to their efforts, the International Union for Conservation of Nature (IUCN) last year (2018) updated its Red List of Threatened Species and brought new hope for the gorillas, which have seen their numbers increase thanks to “collaborative conservation efforts across country boundaries and positive engagement from communities living around the mountain gorilla habitat”.

Nonetheless, mountain gorillas which are a subspecies of the eastern gorilla, remain critically endangered. Estimates by IUCN in 2008 put gorilla numbers at around 680 only.

Today, the total population is over 1,000 across the three countries of Uganda, DR Congo and Rwanda. Thus in 10 years, the number has risen by more than 30 per cent, which is quite commendable. However, when you look at the total population of other species such as buffaloes or elephants, it means there is still a lot to do.

Much credit should also be given to the gorilla communities who have embraced other forms of economic activity.

Fahari Uganda Safaris would also like to thank the all those who purchase gorilla permits to see these enemies. Some of the money from these permits help in paying the rangers and all the conservationists. Recently, tourists visiting with Fahari Uganda Safaris were blown away by the attitude and great care that rangers at Bwindi Impenetrable National Park were giving to the gorillas.

A delicate balance needs to be made to get more gorilla groups habituated and accessible to visitors so that the overall revenue for the communities and the national economy can increase.

Still, Uganda avails less than 40,000 gorilla permits in a year and more effort needs to be done to have more groups.

Above all, government needs to pump more money in overall marketing. Since the investment in the three marketing firms has shown dividends, more firms should be hired in untapped markets in the Middle East and Asia.

Ugandans should also utilize the low seasons around November and early in the year when demand drops a bit to go see these highly prized creatures.  Fahari Uganda has packages that are cheaper for Ugandans, where one can get a gorilla permit for about $70 compared to a foreign national paying $600 (until mid-2020 when tracking fees will rise to $700).

That's joyous news for conservationists in Uganda and beyond..
UWA should not forget to market Murchison falls!!!!

This too is a jewel that must be protected as it also brings tourists from around the world and generates a significant percentage of govt retotal annual earnings!!!

UNFORTUNATELY the falls will soon be history despite their historicity when a South African company dams the Murchison falls soon!!!!
So UWA has some homework to do!!!
Wishing the Murchison Falls luck.
Report to administrator
-1 #3 Godfrey G 2019-11-30 01:01
Uganda is far more than gorillas. We spend so much time talking about gorillas.

Ugandans' should indeed celebrate the arrival of those two(and others to come) baby gorrilas!!!

That's joyous news for conservationists in Uganda and beyond..
UWA should not forget to market Murchison falls!!!!

This too is a jewel that must be protected as it also brings tourists from around the world and generates a significant percentage of govt retotal annual earnings!!!

UNFORTUNATELY the falls will soon be history despite their historicity when a South African company dams the Murchison falls soon!!!!
So UWA has some homework to do!!!
Wishing the Murchison Falls luck.

Actually Murchison Falls National Park is the 10th most diverse national park globally, its should be marketed more. Thanks
Report to administrator