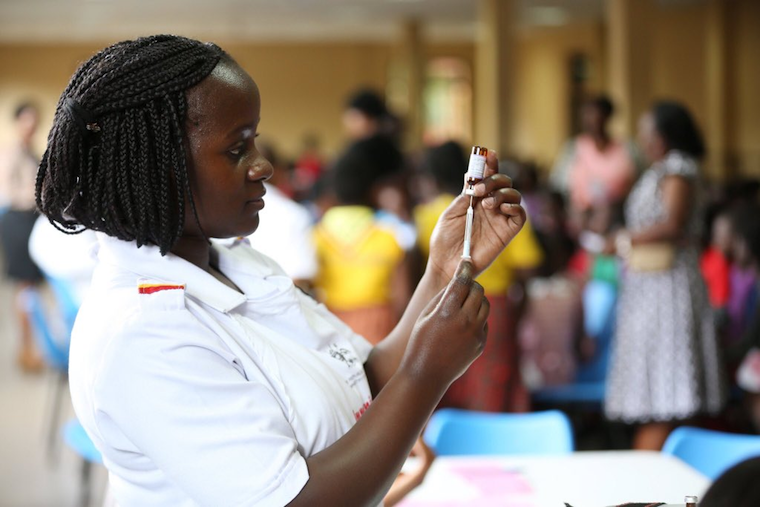 A nurse prepares to vaccinate

Following the recent rubella-measles and polio vaccinations, there have been a lot of hullabaloo regarding the harmful side effects of the vaccinations.

The confusion and miscommunication has been worsened by the unfortunate death of a child and the admission of some to referral hospitals, following complaints that are allegedly attributed to the recent vaccination exercise.

I don’t intend to disapprove nor approve the relationship between the recent immunization exercise and the side effects.

Considering that there has been a battle between some self-appointed and self-styled pseudo-medical personnel and the ministry of Health regarding the usefulness and the side effects of vaccinations, the purpose is to echo that the ministry of Health (MOH) deserves an epistemological advantage and to illustrate how that advantage must be successfully claimed.

But first, I will briefly outline how the practice of “vaccine denialism” (deliberate refusal by parents to vaccinate their children) begins and thrives. The process usually begins by forceful vaccination of children. It is then followed by complaints (actual and real) about the side effects of the vaccinations by some parents.

The parents then seek for medical attention from qualified medical professionals to complain about the side effects of the vaccines.

In an elitist and very condescending manner, the medical professional rebukes the parents, conflating the relationship between the vaccinations and the side effects. Disappointed, the parent vows never to cooperate in any vaccination processes.

Some parents seek out for other parents whose children got vaccinated and ended up with some side effects. They then console themselves by forming small associations through which they share and sensationalise their recollections and affirmations about the negative side effects of vaccinations.

The process is then completed by some sketchy and poorly researched findings, which claim that vaccinations are actually harmful. Such research findings are taken as gospel truth and no better findings can convince the “vaccine denialists” that their beliefs are actually flawed.

Such is how a supposedly well-intentioned public health practice loses credibility. Obviously, there have been countless studies which point to the proposition that children who have been vaccinated twice have better protection against epidemic measles, compared with single-dose recipients.

While such a proposition might easily be understood by the elites (through reference and verification to the relevant journal sources), a peasant parent living in the remotest of our rural areas is definitely going to need much more convincing by someone who can speak at their level, in a language and tone that they can appreciate compared to lecturing to them by quoting some elitist information from some random health journal.

Anyone who has attempted to meet a large group of people for research, marketing or political campaigns will know that most communities have their trusted “gatekeepers” when it comes to knowledge. Such are the people that are commonly approached first before any meaningful engagement with the community takes place.

Such knowledge gatekeepers include religious leaders, community leaders and elders, among others. The same leaders can play a great role in not only communicating to their respective communities about ongoing vaccination exercises but also counteract any misinformation

The ministry of Health should never give the wrong impression that they care more about the health of children of the ordinary people than the parents do about their own children. The parents are willing (as always) to cooperate in any public health practices as long as they receive sufficient information, from the right sources about the ongoing health exercises.

In a digital age, where there are multiple outlets of information, the ministry should be in position to reach out to most people using the various channels such as television, radio, social media, print media and bulk text messages, among others, in order to counteract the misinformation from the malicious propagandists, self-styled socialites and the self–appointed pseudo health personnel from spreading malicious anti-vaccination propaganda.

Considering that the MOH opted for coercive means to ensure compulsory vaccination, with threats to place criminal charges on any parent/guardian who refuses to have their children vaccinated, strong punitive measures must equally be in place for the pseudo-intellectuals, malicious propagandists and self-appointed socialites who masquerade as alternative public health personnel by misinforming the general public about the harmful effects of vaccinations.