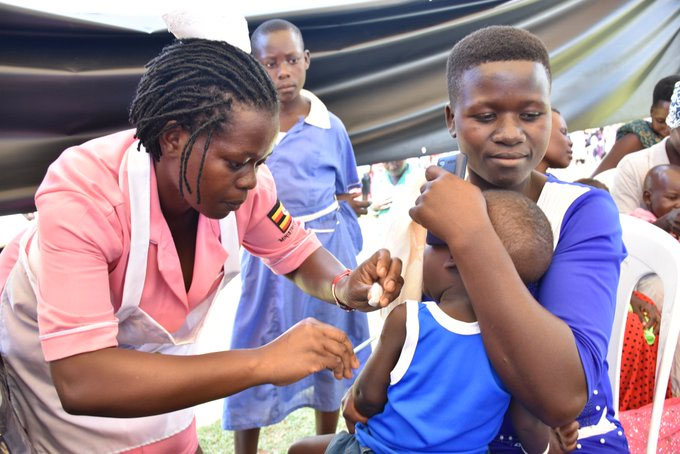 Recently, there was negative publicity about the recent nationwide measles and rubella vaccinations that were conducted by the ministry of Health.

According to the report by the minister of health, the program was considered a success since more than 19 million children were vaccinated while the target initially was 18 million. Besides, it was reported that most measles outbreak treatment centres that had been set up in the countryside had been closed because there were no new cases.

This has been attributed to the effectiveness of the recent mass immunization. With the increased coverage that has improved protection against diseases, immunization has guaranteed child survival world over, which gives confidence to parents to have few children.

While more than 19 million children were vaccinated, social media has been awash with a few photos of alleged complications blamed on the recent vaccination. Because of the negativity after the current campaign, future campaigns may face much more resistance and acceptance if not better planned.

There is a growing belief in Africa that mass or supplementary immunization campaigns are a Western world lead activity intended to wipe out the African race. Unfortunately, such beliefs cannot be explained and overcome by science.

Anthropologists would have come in handy to help understand, explain and find solutions to the emotional and social context of such beliefs and myths that are currently haunting and watering down the apparently successful campaign. It would also have been much more important if the anthropologists were involved in the formative assessments of the mass immunization to help inform the development of campaign messages before the actual immunization.

Vaccination usually comes with risks of complications, side effects and allergies. Unfortunately, such complications and immunological responses may not be easily anticipated in an individual. Yet, their occurrence negatively affects the program and may lead to loss of confidence in immunization.

Besides, there are complex factors that will determine the success of an immunization programme which range from social, cultural and historical factors. All these affect community acceptance of the immunization program. However, such factors can easily be established if the right process is done.

One prerequisite for community acceptance of a preventive health service is effective communication with the target population. While a significant effort was done in informing the masses about the recent vaccination, much of it was centred on providing information on when and how the exercises was to be done.

In most of the health education programmes prior to the exercise, it was mainly health workers from the conventional medical field explaining the science of the exercise, and not the art of it. How about the communication media used?

Mainly, the conventional media in form of TV and radios were used. But who determines the time when target audiences will be present to get this information? Unfortunately, even with adequate communication, this may not guarantee acceptance.

Therefore, future methods to be used for similar campaigns should take into considerations the factors influencing acceptance of immunization by the target population.

There are many parents who to date have failed to distinguish between treatment and preventive health services. Some are wondering why a healthy child should be “injected”. Many are still questioning the seriousness of not only rubella disease which appears new to them but also for measles which has hitherto been around.

Parents needed to be told the risks that come with vaccination, how long the vaccines would protect their children, the effectiveness of the vaccines and the economic benefit of vaccinating against measles and rubella, to mention but a few.

Given the controversies that have followed the recent immunization, future campaigns should take into consideration the legal and ethical aspects involved.

The rights of individuals and those of the health workers implementing the exercise should be pointed out in advance to avoid threats like lawsuits against the ministry of health and its officials especially when school-going children are immunized against their parents’ will. It must also be ascertained whether informed consent is a must in such campaigns.

The author is a student of Health Policy, Planning and Management at the University of Ghana, Legon.