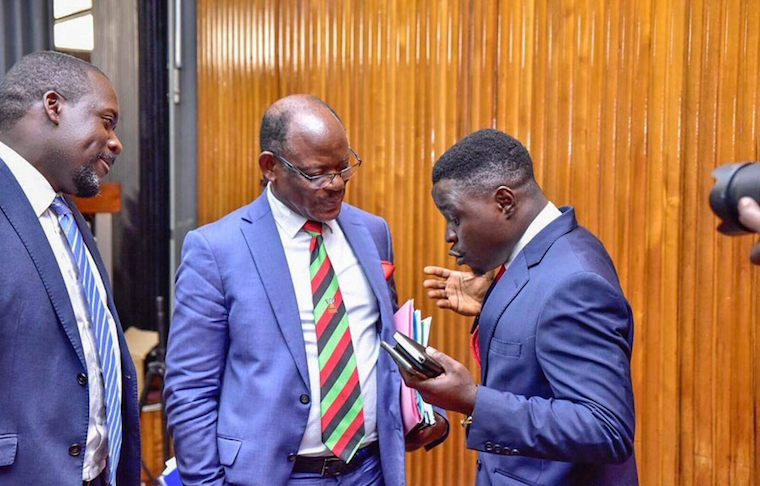 The decision by speaker Rebecca Kadaga to refer Francis Zaake, the MP for Mityana Municipality, to the House committee on Discipline should serve as a reminder, caution and guide on how legislators and committee members should behave, interact and handle witnesses appearing before them.

Speaker Kadaga asked the committee to investigate the conduct of the MP, who, video recordings show, put several questions to the Makerere University vice chancellor (VC), Prof Barnabas Nawangwe, and despite guidance from the chair, insisted that he is answered first. At the end of the sitting, the MP followed and attacked the VC on his way out of the venue of the meeting.

This is not ordinarily what happens during and after committee meetings in parliament, as MPs and witnesses on formerly opposing sides are seen amicably hugging and chatting. This even happens after plenary sittings.

A House committee, in the exercise of its functions, may call any minister or any person holding public office and private individuals to submit memoranda or appear before them to give evidence.

Further, parliament committees have the powers of the High court in enforcing the attendance of witnesses and examining them on oath or affirmation. This is provided for in both the Constitution and the Parliament Rules of Procedure.

Various committees invite or even summon individuals from government ministries, departments and other institutions to appear before them to answer queries or unexplained accountabilities raised by the Auditor General in different financial years.

These same people also appear before committees to present and defend their annual budgets in preparation of the eventual national budget.

Nawangwe found himself before the House committee on Education and Sports investigating allegations of sexual abuse of students by security personnel; and the alleged mismanagement and abdication of duty by the Makerere University management, following a two-week violent strike by the students over a 15 per cent increment in tuition fees.

The decision to ask the committee on Education to investigate these cases arose after debate of a statement by minister Chrysostom Muyingo about the student unrest at the university.

It was evident that the emotional presentations on the floor of the House would be repeated in the committee. It was, however, not anticipated that it would get to the levels exhibited by Hon Zaake, especially as the VC, accused by members of highhandedness, mismanagement and running down Uganda’s oldest tertiary institution, presented himself and answered questions put before him.

It is provided for in the Parliament Rules that House committees “shall have powers to confine for any specific periods any recalcitrant witnesses and cite any person for contempt.”

On several occasions, the public accounts committees have referred witnesses to the (parliament) Police for further questioning especially when they think or realise that the responses given are not satisfactory or inaccurate. Nawangwe, however, did not fall into this category but instead ended up being attacked, by one individual.

The MP’s behaviour is regrettable, and is contrary to what is expected of someone of his stature, as well as the conduct prescribed in the Parliament Rules of Procedure.

In executing their duties, members of parliament are expected to promote and support good governance by leadership and must at all times conduct themselves in a manner that will maintain and strengthen the public’s trust and confidence in the integrity of parliament, and never undertake any action which may bring the House or its members generally, into disrepute.

Parliament comprises of members subscribing to different parties and also independents. The institution attracts various witnesses and visitors who are received and attended to by MPs and staff, who are neutral and non-partisan.

Members, witnesses and visitors should feel safe and must be able to speak freely within the precincts of parliament. The Parliament Powers and Privileges Act provides safeguards on the actions and words of everyone. Irrespective of this, they must be handled courteously, fairly and treated justly.

Police officers and the department of Sergeant at Arms are in place to ensure this. Members of parliament, who are the main political players in the legislative arm of government, should and must at all times work towards maintaining the decorum and behave in a way that will restore the dignity of the institution.

The writer works in the communications department of parliament

When m7 leaves power or he is deposed maybe then the functions of parliament will return.
Report to administrator