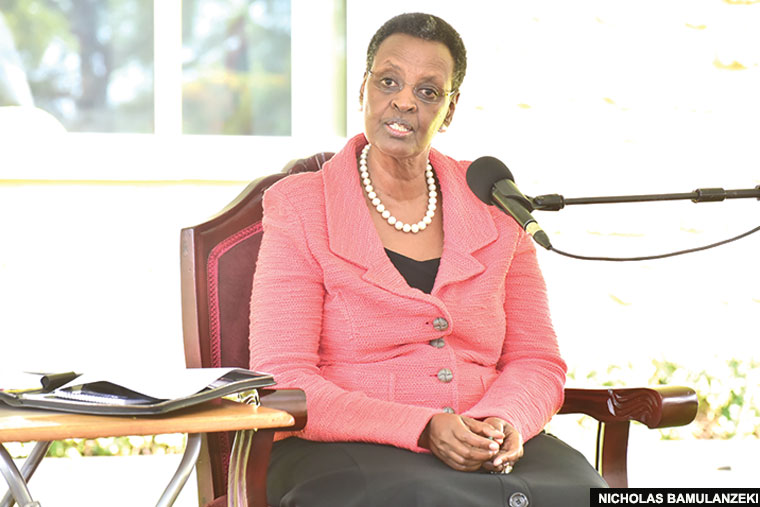 “Sexual violence has become a menace in our society and now, also in our schools where our young children are becoming vulnerable. Many children are exposed to sexual and gender-based violence by fellow pupils, teachers, non-teaching staff and unfortunately parents.”

This is a statement of acknowledgement about the gravity of the problem by Uganda’s minister of Education Janet Kataaha Museveni on September, 26, 2018 while appearing before a select committee of parliament, which was investigating reports of sexual abuses in schools.

What backed her anecdotal submission were the findings carried out by the education ministry in 2015 that showed that sexual violence in primary schools was at 77.7 per cent while in secondary schools at 82 per cent. A similar study conducted by the ministry revealed that 25 per cent of school dropouts were related to sexual violence. This just mirrored the national statistics from the Uganda Demographic Health Survey (2016), which puts the numbers at 25 per cent for teenage pregnancy.

As a mother figure of the nation, minister Kataaha said she would, among others, roll out the National Sexuality Education Framework, implement guidelines for re-entry of child mothers back to school and fast track the conclusion and implementation of the School Health Policy.

Putting her promises to test a year later, it is clear that the ministry scores low on establishing a policy and legal framework on sexual and reproductive health in schools and institutions. I appreciate the strides that the ministry has made, especially in increasing awareness on responsive sexuality and reproductive health through the launch of the National Sexuality Education Framework in May 2018.

While it is also true that the ministry launched the National Sexuality Education Framework, its implementation was halted even before it could get to the schools, especially in the rural areas. The ministry faced a strong protest from the moralists, including religious leaders, family protection agencies among others, succumbing to pressure until now. They are still in consultation with other stakeholders who did not find the framework palatable. Until then, there is little guidance as to what a teacher should teach on matters of sexuality education.

Let us talk about the National School Health Policy, which has gathered dust for the last 18 years, now mature enough to cast a vote in the 2021 general elections. The policy lacks the Regulatory Impact Assessment and a Certificate of Financial Implication, which are key requirements before it is presented to cabinet for approval.

If the Education minister does not prioritize the policy, it could soon make its 19th birthday next year. And speaking of next year, the election fever will be so high that all focus will be on how to sustain the NRM in power.

Until then, young people will continue to grapple with Sexually Transmitted Infections, malnutrition issues, alcohol and substance abuse, teenage pregnancy and child marriages, maternal mortality, rape and defilement which all hinder these young people from realizing their full potential and definitely has a negative impact on the country’s aspiration to attain a middle-income status.

Without the School Health Policy, the future of Uganda’s youngest population cannot be guaranteed, with most of them dropping out of school with no employable skills because of the challenges highlighted above.

Teachers, parents, religious leaders, civil society, pupils and students are walking blindly without the direction of a legal and policy framework regarding sexual and reproductive health education and guidance.

The ministry of Education should urgently expedite the process of finalising and passing the draft National School Health Policy. To finalize the re-consultation process of the National Sexuality Education Framework and come up with a clear Implementation plan for the same.

If “mama” looks away from her children, predators will prey on them one by one that by the time she wakes up, there will be no one left of a generation, which would otherwise have taken this country forward.

The author is an investigative journalist and news anchor