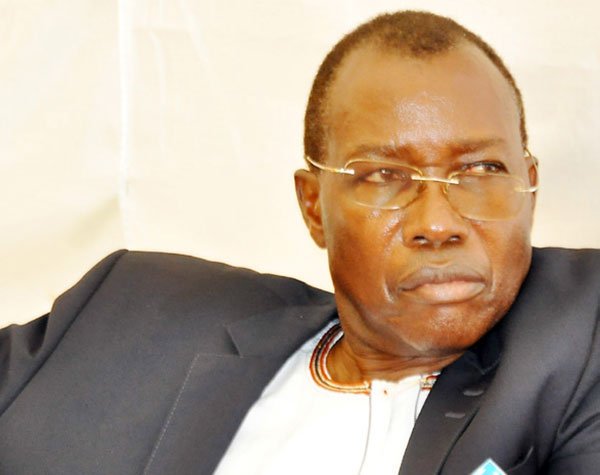 RIP: Prof Lawrence Mukiibi was accused of having sexual relations with his students

A few weeks ago, there were social media reports of a teacher of one of the country’s top schools who allegedly defiled and impregnated one of his students during the recently concluded second-term holidays.

The country was taken aback in May 2017, when, the demise of the owner of one of the country’s prominent private schools brought to light the fact that he had allegedly had tens of children with his former students, and possibly current students at the time.

Almost every day that goes by, the country continues to witness news of alleged cases of defilement in rural schools, among others. According to the statistics from the Uganda Police’s Child and Family Protection Unit, over 51,000 girls were defiled between 2014 and 2017.

The question that comes to one’s mind as regards to defilement cases related to schools is, whether the ministry of Education and Sports is doing enough to prevent such from happening.

Having worked for the National Citizen Service (NCS) in the United Kingdom (UK) during the summer for the last five years, I have carefully observed how the organisation has endeavoured to implement the country’s child protection policies to protect its young people.

NCS is a government program run by private partners which seeks to empower young people aged 15-17 years with different leadership and employability skills. At the end of the summer or autumn programme, the young people graduate with certificates signed by the British prime minister.

Drawing from my experience of working with NCS, here are some of the precautions the organisation put in place to promote the welfare of its young people. Much as these measures could be affected by cultural or legal variations, the ESC could pick a leaf from what is crucial and enhance its policies accordingly.

Firstly, one’s employment to work with children is subject to a thorough Disclosure and Barring Service (DBS) check - renewable every 3 years.

A DBS check is a record of one’s criminal convictions and cautions – carried out by the Disclosure and Barring Service. The information issued is used to determine one’s suitability to perform a designated role. The ESC could suitably adjust this to our Ugandan schools’ context by coming up with more ways of doing a thorough background check before recruiting any member of staff.

Secondly, the organisation has seasonal safeguarding training. This could be applied to our Ugandan context by instituting mandatory child protection training before the commencement of each term.

Thirdly, professionals working with children are not allowed to share their personal contact details or to have a child’s contacts during or outside the professional relationship, that is to say, mobile and social media contacts, among others. Young people are only allowed to contact members of staff through official channels such as their work phones or work email address.

This could be adjusted to suit our Ugandan context by saying that members of staff are only allowed to have personal contacts of students with the explicit and documented permission of their parents, and notification of the school administration.

Fourthly, professionals are not allowed to have any personal or sexual relationships with children even when they become of age in or outside the professional context.

The ESC could adjust this to our Ugandan context by stating that students will only be allowed to have personal contact with their former members of staff on completion of their high school, and on becoming 18 years and above. No sexual relations will be tolerated between members of staff and their former students, among others.

No professional is allowed to share children’s pictures on any platform unless the pictures or videos have been produced via the organisation’s official platforms.

These and more could be discussed and adopted to strengthen the ministry’s existing child protection policies.

+1 #1 Winnie 2019-10-21 00:15
Mr. Kato. Great suggestions. But wrong context. In Uganda, the situation is very primitive. You talk about 'professionalism'. Which country are you discussing?

Uganda? The teachers ride boda boda and teach deprived children as a part time gig. Gig economy. They beat, molest, malign, and assault, usually with the consent of the sperm and egg donors.

Children in Uganda have the status of very dangerous criminal convicts, except that convicts eat better and receive better educational opportunities behind bars.

As you must know, sexual predation is defined as manhood in Uganda. A 15 year old girl with sprouting breasts is considered "fair game", to be hunted, be she in school or not. She can no longer be considered 'a girl child'. She has become a "girl woman". Kale. Start your reforms there.

Also, why do you sanitize the situation with your terminology? It is not "defilement". It is RAPE. They are RAPISTS. That is our situation. USE Teacher RAPERS!
Report to administrator
0 #2 Akot 2019-10-21 20:30
Winnie, understood!

The situation in Uganda will only get worse for girls unless Museveni & the entire system is brought down & Ugandans go for the governance they want & will control to ensure respect, discipline, knowing it's only through EDUCATION that countries develop through common values!

Museveni's Uganda is not what will give Ugandans chance to anything, but more dirt, more rape, more abuse of power, thus complete destruction of Ugandans!

Why don't Ugandans understand they MUST bring down the tribalistic system first & above all, if they want to move to the next step?

As long as the tribalistic system stands, no outsider will say a word about what goes on in Uganda!

Without UNITY of ALL against Museveni, tribes that want a future for their children MUST BREAK AWAY from Museveni's Uganda!
Report to administrator
+1 #3 Lysol 2019-10-21 22:49
Why quote (or give an example) of the UK when its happening every day here in Uganda.

Kato next time write your column based on the facts on the ground. Don't make up shits or just bragging where you have been to Everything happens here in this country, but the corrupt regime does not care.
Report to administrator
+1 #4 Mubiru 2019-10-23 17:24
Reading from his self-proclaimed knowledge and experience of dealing with the youth in UK, this man must be aware that Uk leads the whole Europe in having girls as young as 11 years or even less being impregnated by the young lads in the same age groups.

Very few of them (about 1%) are "ballooned" by big dads. Stop praising UK of which you are still ignorant despite your claims.
Report to administrator