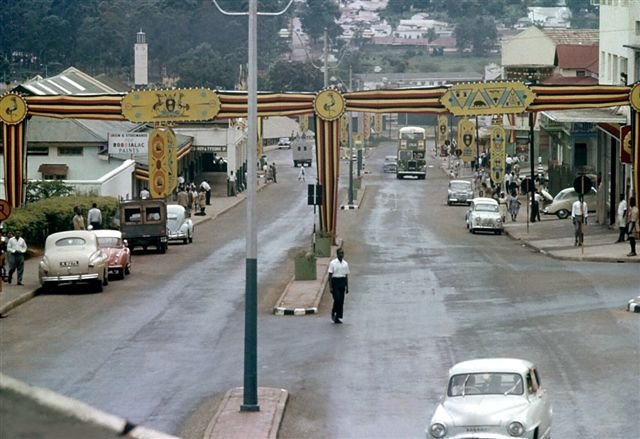 Fifty-seven years ago on October 9, 1962, Uganda became an independent nation and the first indigenous leaders took oath of office.

The British Union Jack ( flag), which had flown over Uganda for 68 years, was hauled down and deservedly replaced by the black, yellow and red flag of the newly independent Uganda at Kololo (now ceremonial grounds) airstrip.

The then prime minister Milton Obote received the instruments of independence from the Duke of Kent, Edward George Nicholas, who represented the Queen of England. Uganda was now governed by Ugandans, not colonial masters.

In his speech, Obote stressed: “Government in whose name I now speak offers you a firm determination to protect your life and property and opportunities for your advancement as individuals and country.”

Obote had a point, with colonizers gone and the days of subjugation behind us, independence meant many things but prominent among them is the opportunity for individual advancement. And this could be reflected in many ways such as education, the quality of health services available to the people and, respect for the right to personal dignity, among others.

Personal advancement has been elusive for majority of Ugandans. To some, job opportunities, especially in the public sector, have not been open to talent and merit but to technical know-who.

It is particularly strange that at the time of independence, the economy seemed stronger buffeted by agriculture and industries. But at the sunset years of 1980s, this pillar collapsed and the economy became speculative.

Independence meant creating stable and inclusive societies where every person can live free from fear and want, in dignity and under the rule of law.

There are categories of Ugandans who have spent over 25 years in the firm grip of war; they have no education to speak of, they became internally displaced in their own country. They are despondent.

This despondency has driven some people to prefer a life under the colonial master. While we pride in being independent, we are saddled with heavy debts from the new imperial masters such as the Chinese who are dangling some silver coins while eyeing our unexploited resources.

The gap between the rich and poor is widening. But even the rich are hinged on pillars mounted in quicksand. A class of untouchable vultures in public service is growing by leaps and bounds.

This particular class has turned corruption into a new entitlement. The state’s efforts to fight corruption have ridiculously fallen short.

But all is not lost, the party in power- which has also led the country for the longest time (33 years and still counting)- can turn this country into a real pearl of Africa. Let us build institutions and discard the mentality of creating personal cults in leaders.

May the 57 years trigger our reflection on how we have betrayed the cause of independence. May this be an opportunity to revamp and realign our country to the proverbial Promised Land!

One of the wisest Ugandan , Mukulu Israel Mayengo , has written a book( Unpopular Ideas) in which he says like this :
" Uganda has been led governments of CRIMINALS , by CRIMINALS , for CRIMINALS".

Only a BLOODY FOOL can celebrate the day when his/her parent got into a horrible accident which left them in a wheelchair for 57 years
Report to administrator
0 #4 Akot 2019-10-09 16:43
Wooden K., agreed, but,

Ugandans can be INDEPENDENT either tribally or in a reformed republic if they want to this time, knowing it's them & them alone who can decide as to what they want!

Until then, conqueror Museveni is at peace & police ensures not even mp Bobi Wine sings to Ugandans! Ugandans just go along holding on to the peace they have under the conqueror!

Museveni has no tribal land in the zone & has nothing to lose, but will NEVER leave unless Ugandans want him OUT!

Is there any reason Ugandans go for next fake election Museveni has already won, when lonely opposition Bobi Wine, is not even allowed, has no ritht,no freedom, to sing to Ugandans?

Why would Ugandans vote in mps again when chief tribal leader Museveni controls every thing?
Report to administrator
0 #5 Akot 2019-10-09 17:20
At this point, it wiser to ask what kind of Independence Ugandans want as they are at peace with conqueror Museveni; tribal leadeers ensure the tribalistic system is solide & Musevedni who has no tribal land in the zone, is their chief & subjects just go along?

The last 30 years seem not too long nor bad for Ugandans & they are still hoping Museveni will serve them!

When Museveni will die of old age, will Ugandans go along with his military son who is now assured of the father's place?

It's Ugandans in police/army ensuring there is no opposition to Museveni!

Ugandans serving in court detain/locke up
Dr S. Nyanzi or who ever defies Museveni!

Ugandans legalise the military dictatorship by electing mps to represent them in fake parliament!
Report to administrator
0 #6 Akot 2019-10-09 17:23
...Ugandans allowed Museveni to introduce Presidential Election that ensures he is the only winner!

Would Museveni rig if Ugandans had maintained the Parliamantary Election that brought to presidency the candidate with highest number of mps?

How can Ugandans even think of going for yet another fake election when the only opposition leader now is not allowed even to sing for them?

Why is the tribalistic system still standing, if Ugandans really don't want Museveni any more, especially as he has no tribal land in the zone to fight back from?

Police/army/court work for imperial conqueror Museveni & our people MUST bring down the tribalistic system & UNITE, to make their stand!

What Ugandans allow Museveni to do to them & the zone formed by their tribal lands, make no sense!

Why are Ugandans helping Museveni destroy them so, especially as long as the tribalistic system stands, no outsider will ever say a word against Museveni?
Report to administrator
+1 #8 Lysol 2019-10-10 20:54
NOT YET UHURU (INDEPENDENCE)UNTIL WE GET RID OF THE CURRENT CORRUPT DICTATORSHIP IN THE COUNTRY. .
Report to administrator
0 #9 Akot 2019-10-13 19:28
Lysol, thanks!

The British didn't tribally divide & rule to ensure Ugandans don't have common National Leadership to lead them to Independence as Museveni does, right?

Subjects don't see they are the main victims of the inhuman system as their so called tribal leaders don't give them public/social services that real nations/governments do!

Ugandans are not aware Museveni will 1 day die & leave the divisive tribalistic system & his military son will move to State House!

Natural land riches on tribal lands belong to Museveni, but Ugandans aren't aware of this!
Report to administrator