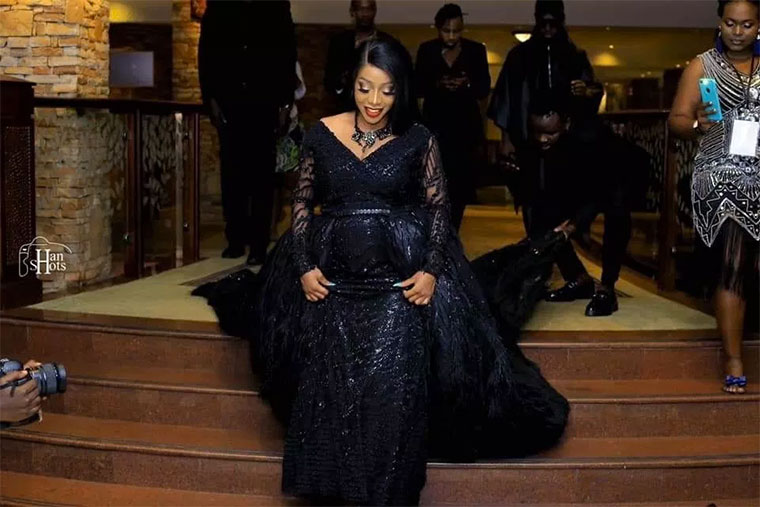 In Chinua Achebe’s Things Fall Apart, there is a story of a maverick colonial missionary, James Smith, taking over from the more careful Mr Brown.

Achebe narrates that while Brown was gentler in his approach to spreading the gospel, Smith was openly aggressive and loud. Smith “saw the world as a battlefield in which the children of light were locked in mortal conflict with the sons of darkness.”

Concluding about Smith’s otherwise terrible approach, Achebe recalls a Yoruba saying, “as the man danced, so the drums were beaten for him.”

Not too long, the village was on fire. Achebe’s indictment here is that drummers never determine the drumming and dancing but, rather, watch very closely the dance steps of the lead dancer and thus their drumming.

If politics were dancing, then the lead dancer is responsible for the entire picnic.  Junior dancers and drummers tend to choreograph themselves after the lead dancer. Let me tell a story to vividly demonstrate where I am going with this Achebe-Yoruba imagery.

Sometime in March, posters of socialite Shanita Namuyimbwa – aka Bad Black – as a potential NRM candidate for the Kampala central woman member of parliament seat circulated in the city.

The beautiful socialite appears in dark blue against a white background with two yellow stripes below and above her head. Namuyimbwa is showed as standing for “peace, unity, and transformation for prosperity” – an old National Resistance Army (NRA) tagline.

Later, Bad Black distanced herself from the posters, announcing that she has never had any interests in politics.  We may never know what really happened after she had declared her intentions to run on the NRM ticket. Being a cunny businesswoman, there are lots of possibilities.  But the fact that Bad Black could fancy – or her name could be mentioned – standing for parliament is telling enough.

Why couldn’t she, one may ask.

Reports that Fresh Daddy plans to stand for a seat in Luweero are circulating. More and more hitherto apolitical fellows have mouthed their ambitions for parliament. In a not-too-distant future, Uganda’s parliament will have honourables not limited to Kato Lubwama and Judith Babirye, but extending to Khalifa Aganaga, Geoffrey Lutaaya, Flavia Namulindwa, Full Figure, comedian Swengere, etc.

Two caveats are in order here: (a) I mention the names above for they are the easily recognisable low-brow apolitical artistes simply seeking to cash in on Uganda’s lucrative politics.  But there are more accomplished nincompoops in the present parliament too obscure despite playing in the big league.

(b) I do not include Bobi Wine because of an intellectual bias, not a personal one: for years, Bobi Wine has crafted himself an identity of a consummate activist or political artiste – giving his compatriots discourse on different societal issues.

But how did we get to this point where low-brow entertainers, sycophants, celebrity thieves, and other clowns dominate our politics? We will return to our story of the lead dancer to answer this question.

In the 1996 and 2001 election, presidential candidate Muhammad Kibirige Mayanja taunted incumbent Yoweri Museveni that his refusal to leave office was because he had never held any other job outside politics. Mr Kibirige Mayanja lost both elections and every time he lost, he comfortably returned to his job as director of planning at Makerere University.

Moving into the 2006 election, Museveni responded to pushing through a law that required public servants to resign their jobs to stand for political office. To return to their jobs in case of loss of an election, one had to wait till the jobs were advertised, that is if they were still available, apply and compete for it openly.

In truth, the spirit was to deny livelihood to political opponents after loss of the election – specifically Muhammad Kibirige Mayanja. It was a furious step – and the drums went mad.

Three things have happened: (a) Since the smartest young men and women tend to join public service after university, they have been locked in public service for the fear of loss of livelihood in case they lost an election is too much to countenance.

(b) politics has thus become a life-and-death affair as the few brave ones who join have to fight blood and tears to win. Losing is not an option. To this end, politics has not only become dangerous, but frighteningly commercialised.

(c) The third consequence has been not only leaving politics to persons only in the private sector (mostly lawyers and merchants), but also creating space for idiots, thieves, idlers and comics. These ones have nothing to lose, and once in parliament, it is simply an opportunity to eat. The drums went mad.

Say hello to Lysol till we meet again when the next artcle appears to torture you
Report to administrator
-2 #43 Winnie 2019-09-22 14:06
If democracy is a market of ideas, a concept which I introduced by the way, then Wooden K, who cannot spell, is unelectable.

Looking at all his input, democracy is mud wrestling while screaming, "don't you know how intelligent I think I am?"

We know. You think you are intelligent. But you are just a parasite with nothing to contribute but your fragile ego and UPE elite background.
Report to administrator
0 #44 Winnie 2019-09-22 20:01
Wooden K' s job is to upload comments manually for the Observer.

That is why the comments take a whole day to appear. 'Intelligent'.
Report to administrator
+1 #45 Juma Kato 2019-09-22 23:32
Yusuf Serunkuma and Dr. Ssentongo must be feeling very proud . They both deserve a pat on the back by Observer for provoking the readersip into such long debates., so many comments

That being said , I wish the quality was better. We could do with less insults from Winnie .

I also think that Winnie should be more concerned about her/ his own poor memory , her/his horrible lack of consistence and poor reasoning

For example , she/ he now claims that she/he introduced the concept of "market of ideas" .

I have read all the comments , so I am very sure that it was Wooden who wrote about "contest of ideas" a common political science concept Winnie sadly failed to grasp.
Report to administrator
0 #46 Opolot 2019-09-22 23:39
Wooden, just ignore Winnie. She only makes sense by accident.

Otherwise, she is the nuisance of the forum. I wonder why such government agents (if they think they are right) do not author articles articulating their responses.

Why are most Ugandan papers dominated by writers with no good to say about government!!! If people like Winnie see the good that others do not, let them publish their views.

But I know the realize that no one will take them seriously; hence they can only write behind pseudonyms
Report to administrator
+2 #47 Wooden K. 2019-09-23 12:05
Good afternoon Opolot !

yes , the head wants to ignore a nuisence , but the heart wants to help.

In places like this one , you get confronted with people who come in armed with tiny brains and big mouths

You take your chances.

"Winnie" thinks that it is a safe tactic to hole up in sweet potatoe garden and throw tantrums therefrom in case you don`t get your way.

As I said , poor " Winnie" is trying to play a game , unaware that some of us know what Winnie is doing.

So, no , Winnie is anything but a government agent.

It is like Tamale Mirundi hiding in a yellow shirt.
Report to administrator
12345