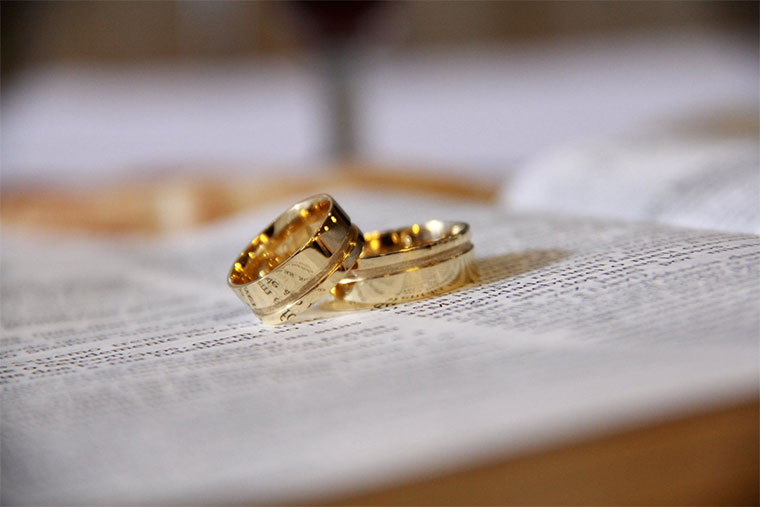 A few weeks ago, the public was shocked with news that over 1,000 couples’ marriages were null and void as the place of worship that purportedly celebrated the marriage was not licensed and gazetted to undertake the ceremony.

There has been a lot of storm on this matter and notwithstanding this, the Church has not made any comment as to the future of the affected Couples. I have received numerous calls and messages concerning this issue and I think it is unfortunate that the Church, which is supposed to exemplify truth and honesty chose to wed couples well knowing that they had not been licensed and gazetted at the time they conducted the marriages. It will be justifiable for all the couples to sue the Church for damages and other reliefs.

In another turn of the events, it has been reported that the MPs raised this issue on the floor of Parliament and the Government’s response was that the position of the law takes precedence and therefore all the couples must re-do their vows before a legally-recognized entity.

But again, the Church has not said anything; their silence is so sickening that has left the couples in distress. Many other churches have conducted the weddings without the license. Many are Born-Again churches, SDA and Anglican. For the sake of the public, we are going to publish this list so that we save the future couples from such similar occurrences.

Couples should always conduct a search to find out whether the place they are to wed is duly licensed by law. I am hoping that the Church is working on practical solutions for the couples in this situation and I also hope that they will pay for all the costs that will be needed to rectify this mess.

There has been talk of the indecent dressing by some female musicians, especially when they hold concerts in schools.

The artistes are usually almost half-naked or they wear tight clothes, which tend to be sexually provocative. I think there should be a difference in dress code for musicians singing to a mature audience and one to the schools.

These kids are the future generation and we need to expose them to the right morals. If this issue is not looked into then the next generation will go astray due to the morals they were exposed to at a young age.

So, together with the ministry concerned with morals, let’s try to inspire our kids by doing things that will shape a better future for them.

The 50 top primary teachers will be rewarded with land tittles, money, certificates and gifts. Motivation is the level of desire employees feel to perform regardless of happiness, and it encourages employees to be productive and effective.

In November 2018, the first National Primary Teachers Conference engaged over 2,500 teachers across the country in meaningful liberations on strategies on how to improve primary education.

The ministry of Education recognized the best 12 teachers in Uganda, who were rewarded with certificates, gifts and money. The government of Uganda together with the Irish Embassy sponsored the best five teachers on a week-long study tour of Ireland courtesy.

It’s great the ministry of Education and Sports has scheduled to hold the second National Primary Teachers Conference from September 5 - 7 2019 at London College of St Lawrence Maya in Wakiso district to recognize and award 50 best performing teachers in Uganda.

The second National Primary Teachers Conference 2019, therefore, will build on the success of the first event to operationalize the Teacher Incentive Framework. It will also provide a platform for primary school teachers to share experiences, leadership skills, entrepreneur skills, promoting technology and best practices and strengthen constructive engagements between the government and the teachers to improve the quality of primary education.

I call upon the invited primary teachers and delegates to respond positively for the Uganda’s national development.

Over 15,000 children were defiled in 2018, according to police statistics. At least 201 of these were infected with HIV. Another 115 were defiled by their guardians. These statistics are so alarming.

Out of the 18-24-year-old Ugandans, 35% of girls and 17% of boys experience sexual violence during their childhood. As a society, we are laying a terrible burden on our children. We must empower our children.

The World Health Organization defines child sexual abuse as the involvement of a child in sexual activity that he or she does not fully comprehend, is unable to give informed consent to, or for which the child is not developmentally prepared and cannot give consent, or that violates the laws or social taboos of society.

Child sexual abuse is evidenced by this activity between a child and an adult or another child who by age or development is in a relationship of responsibility, trust or power, the activity being intended to gratify or satisfy the needs of the other person.

Sexual abuse mainly happens in homes, schools, roads and other places. The biggest number of perpetrators of child sexual abuse are people known to the child. These may include friends, relatives, neighbors, guardians and at times strangers.

The effects of child sexual abuse are enormous. Children may face unwanted pregnancies, dropout of school, STIs, mental health disorders, and trauma throughout their lives. Most perpetrators of child sexual abuse hold positions of power. They threaten the child to suffer in silence. We, as teachers, parents and adults, must help ensure children can speak out.

Start the conversation early: encourage children not to keep secrets about their body parts from you. Establish boundaries: this may entail rules about who enters or shares the rooms with the children.

0 #1 WADADA roger 2019-09-10 08:15
By the time you discover your marriage is illegal, you will be probably contemplating a divorce, in that way, you just move on with your life, find another partner and start a new life, new man and a new legal marriage
Report to administrator