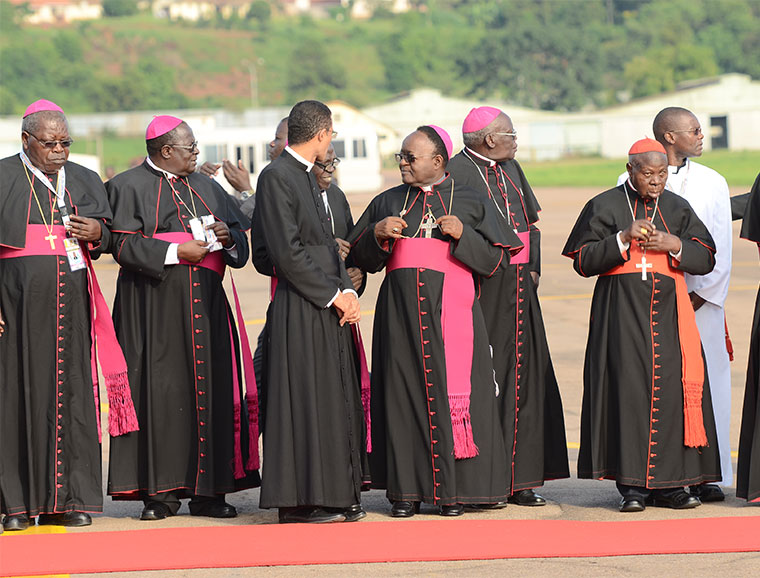 The Government of Uganda has for a while sought to “regulate” religious freedoms under the guise of protecting its citizens.

This has essentially taken the form of the controversial Religious and Faith-Based Organizations (RFBOs) Policy whose proponents are majorly officials in the Office of the President and the Directorate of Ethics and Integrity (DEI) alongside some religious leaders.

However, this policy has serious repercussions in so far as religious freedoms in Uganda are concerned; but first, let us examine the doctrine of separation of religion and state and what this means to an ordinary Ugandan.

The degree of separation may vary but the rationale for the doctrine of separation of religion and state is mainly enhancement of mutual respect, efficacy and freedom of engagement.

Indeed as Thomas Jefferson, the third president of the United States of America, once stated that when the state intermeddles in matters of religion, there is a risk of emptying the church of its eternal meaning and attributes. The state also reduces the church to a more cynical method of acquiring power.

A close look at the RFBO policy explicitly shows a well-crafted plan to undermine the doctrine of separation of religion and state in so far as state interference and control in RFBO activities and religious affairs is apparent.

In fact, one can rightly say that the policy presents a state/national religion in the offing since it seeks to create a universal religion seemingly following the template of the traditionally recognized religions.

For the benefit of those that have not had the opportunity to internalize the RFBO policy, it gives the state immense power to regulate and control religious affairs right from district level to national level.

The policy gives the state the mandate to directly exercise control over religious groups, to vet, oversee and monitor all religious activities, and the mandate to grant, reject or cancel licence to operate, to set terms and conditions for operation, coupled with the power to determine what should and what should not be taught.

All this is buttressed by power to make further guidelines to operationalize the policy, and who knows? Peradventure the state might spell out further control!

For example, the state will rob the Ugandans of the freedom of conscience and they will no longer have the liberty to choose what or how to believe as the state will ultimately determine what is and what is not acceptable forms of worship despite the fact that faith is independent of reason and matters of faith are deeply personal and close to one’s passion.

Even when true religion or worship presupposes subscription to eternal attributes of a mystical God, the state still seeks to interfere and decide for its citizenry how far one’s faith should go.

For a congregant, there might be far-reaching implications if they wake to the news of closing down their place of worship, the discontinuation of their religious leaders from ministering, alteration of the message they have believed in for years, or being told that apparently they subscribe to an inappropriate religious sect.

For those that believe that a call to leadership for their religious leaders comes from a mundane God, the policy is a nightmare since the state purports to assume this supreme authority under the guise of regulation.

The question is: are Ugandan citizens willing to give away their inherent rights or better still their free individual conscience? Indeed, the distance between religion and state can never be too great.

The state should steer clear of attempting to erode religious freedoms to the roots, and adhere to the fact that under Article 7 of the 1995 Constitution, Uganda shall not adopt a state religion.

Most importantly, religion is too important to be a government program or a political pageant.

The author is a lawyer and chairperson of the National Christian Students Association (NCSA).

0 #1 kabayekka 2019-08-21 23:38
One reckons Uganda is a secular state but world wide, according to the Pew Research Center's 2012 global study of 230 countries and territories, 16% of the world's population is not affiliated with a religion, while 84% are affiliated.

A secular state is an idea pertaining to secularity, whereby a state is or purports to be officially neutral in matters of religion, supporting neither religion nor irreligion.

And that is why the judiciary in this country needs to start to have a system of jury as it continues to pass judgment over its citizens.
Report to administrator
0 #2 kabayekka 2019-08-22 14:22
The Catholic Pope in Rome is already in problems with many legitimate states for sexual and child abuse and false faith despite having over one billion devoted religious followers worldwide!

Should the African states just sit down keep quiet and watch such human spectacle pass by in their respective backyards?
Report to administrator
0 #3 citizen 2019-08-22 23:49
Dear Tusiime don't be speculative, state the exact clauses in this law for us to understand your argument better.

we cant have kibweteres of this world selling "holy rice" and many other stuff without state control. There is a need for a law to regulate these people, they have failed to self regulate.

The law for witches is also coming,they can continue advertising themselves of the rations, sacrifice children and we look the other way.
Report to administrator
0 #4 Tracy 2019-08-23 06:55
Dear Kabakyeka

Thanks for your comment. Perhaps for emphasis, the Constitution of Uganda is the supreme law of the land. There is a process as to how any divergence from it or amendments should be handled, if at all.

Secondly, the wording is "neutral" not "secular". A and there's a distinction.

Thirdly, whereas there are alleged/ reported crimes in the version, my intention is neither to dispute or speak to them, I believe there is a sufficient penal law framework to sufficiently handle; well at least in the case of Uganda.
The presumption of innocence would prevail, as as in all common law jurisdictions until pleaded of proven guilty.

Thank you once again.
Report to administrator