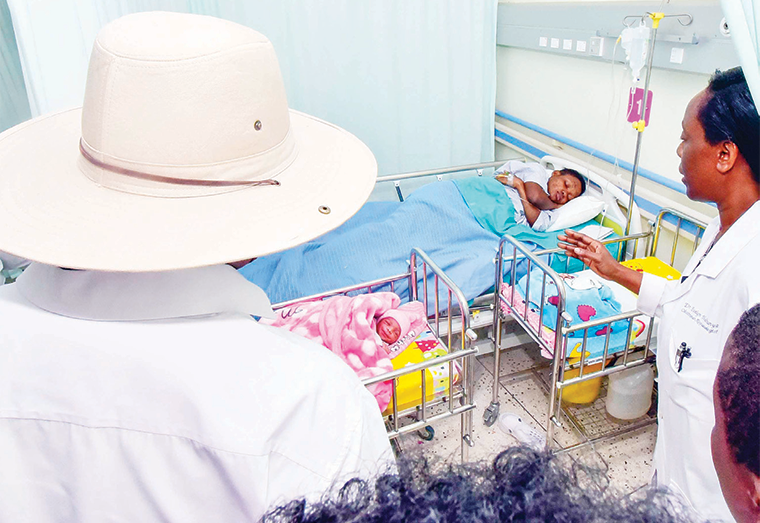 I have witnessed several incidents where hospitals demand a down-payment of the full amounts before a patient can be attended to and some ask for 90 per cent deposit. This is done regardless of the condition of the patient.

I witnessed an incident at one of the so-called major hospitals in Kampala where one had to undergo surgery resulting from the damage occasioned by boda boda hitmen. The hospital demanded that the Shs 4 million be paid before the patient can be operated.

Hospitals are breaching the fundamentals enshrined in the Patient Charter - that lives should be saved first and any other issues handled later. The medical sector and services is a unique one compared to other businesses as it all rotates around life. For one to choose to run it as though it is a kiosk is unfortunate.

We have many medical facilities in this country that are in direct breach of the patient charter and the medical ethos. They misdiagnose patients to make money off unsuspecting relatives, retain patients in the Intensive Care Unit over dodgy reasons to increase the bills, among other unethical habits.

Government needs to intervene to restore order. We need to ensure that all Ugandans access medical services at whatever level without much difficulty if we are to achieve the Sustainable Development Goal Three on health.

The academic year 2019/2020 for most of the universities in Uganda has started. Relatives and friends will counsel many of the new students on what it takes to make it at university.

However, because of the new environment of freedom many of these freshers, as they are usually called, might go astray, engaging in all sorts of immoral activities.

This is disheartening for some parents who had to sell their cattle or plots of land or even get bank loans just to take their sons and daughters to university. Therefore, I am imploring all first-year students at university to desist from the acts that will disappoint their parents.

All in all, let’s not forget our background; let’s understand that we are the hopes of our parents, relatives, clans, villages, tribes, regions and, above all, the whole nation, if not the entire world.

The recent attack on the magistrate by the group of people who are said to be fans of Dr Stella Nyanzi is an act of hooliganism that should not be entertained in civilized society.

If the people are not convinced by the judgment in court, then the right procedures need to be taken, such as appealing in the High court, but not causing commotion and insulting the chief magistrate. Those who attend court need to understand the rules. Failure to follow those rules is punishable according to the law.

When hooliganism undermines the court process, then there is no way we can have the justice that everyone desires. I commend the rules that have been set for the people to be in the court, such as denying those putting on party colours with slogans. This alone can intimidate the person to deliver a biased judgement. This tactic has been used a lot by most opposition groups.

The security sector should be used as a platform for reforms in fragile and crisis times like these where we have our loved ones, spouses, brothers, fathers etc disappearing with plain-clothes men.

Security sector reforms should be conducted at such a time to address the flaws associated with the disappearances of citizens. A comprehensive policy-document that coordinates the planning of all security actors should be developed, and commitments therein implemented.

Without such a comprehensive policy framework, the actions and responses of security actors are not guided by systemic and holistic or a coherently thought-out projection of how ongoing crises are to be managed; how actors should co-ordinate; and which actor is held accountable for action or inaction. In the absence of a coordinated response framework, security issues will be managed on an ad hoc basis.

Worth noting, mechanisms for enhancing public participation are key in the reform of the security sector. Formal engagements should be fostered for the public to meaningfully contribute to the development of the sector.

Likewise, strengthening inter-institutional coordination and sector actors, especially in the gathering and, utilization of intelligence data and services is very important. However, today we see the police carrying out an operation, the military intervenes objecting the operation and maybe a security minister too intervenes rejecting or/and accepting. There is need to coordinate these activities to mutually enforce an operation.

Needless to mention, professionalism of security services is another critical reform that the sector ought to undertake seriously and urgently.

Crime trends have changed with the increased cases of cybercrimes, disappearing of citizens, outright shooting of people during broad daylight etc. However, the capacity of the police and other security actors is still dismal in handling and managing such sophisticated cases, since it requires specialized skills, knowledge as well as a corrupt-free mind.

In a nutshell, the Uganda Police Force should invest in training and retraining of law enforcement agents to equip them with modern investigation skills in a bid to avoid the use of excessive force during interrogation.

Human resource issues such as clear career paths, promotion based on achievement (merit) and competitive salaries need to be addressed if professionalism is to take root in Uganda. Lack of clear career paths and meager salaries have been identified as some of the factors driving corruption and other unprofessional tendencies among security actors in Uganda.