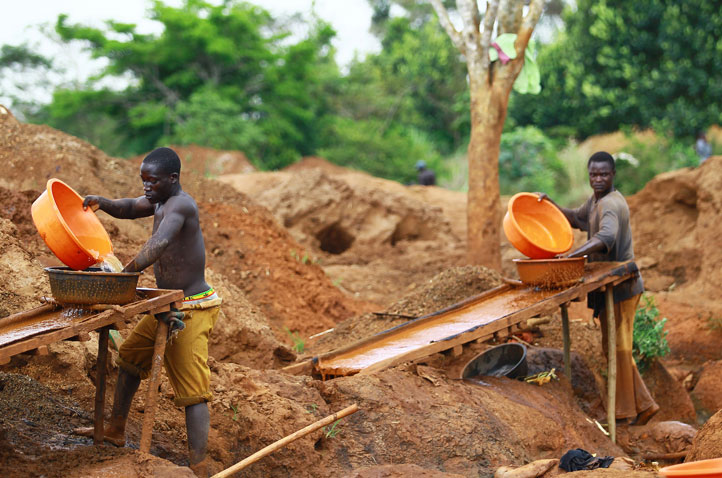 In 2017, Kale Kahiyura, the then Inspector General of Police, created the Police Mineral Protection Unit and appointed Superintendent of Police (SP) Jessica Keigomba to head it.

The creation of the unit came in the wake of escalating conflicts between Large-scale miners (investors) and artisanal and Small-scale miners (ASMs), with the former accusing the later of illegally encroaching on their licensed areas. But two years after its creation, little has been done in execution of their mandate. Instead, it is being accused of aiding illegal mining.

My recent discussion with artisanal and small-scale miners in Katenga mines, Buhweju district, made me wonder why the unit was created in the first place. While some analysts thought it was a duplication of roles such as those of director, Directorate of Geological Survey and Mines (DGSM), not many would have anticipated the rate at which officers from the unit are extorting money from artisanal miners who are toiling to earn a day’s meal.

From interactions with the mining community in the area, officers from the unit seem to be surviving on the sweat of local ASMs.

“Even the little money we are getting, the mineral police are taking it way. Once you give them money, they leave you to continue mining irrespective of whether you are illegal or using inappropriate mining methods,” one of the miners exclaimed.

This makes one wonder whether the mineral police itself is interested in fighting illegal mining or is in a way promoting it. Claims of extortion are not only limited to Buhweju. In Mubende district, after the brutal eviction of artisanal gold miners, one would have expected that the mines were closed.

However, there is evidence that illegal mining is ongoing. One would ask, how do people access the mines yet there is a combined force of mineral police and the army on guard? This reminds me of a story that NTV Uganda aired last year titled, “Gold in clutches of the armed”.

The story revealed how the mineral protection police were extorting money from artisanal miners to offer them protection as they mine under the cover of darkness. According to the story, security personnel normally charge between Shs 500,000 and Shs 2 million as “a protection fee” to allow ASMs to mine illegally.

As usual, those who speak for police tend to be defensive without thorough investigations into such actions. Similarly, in the media, the unit portrays a picture of one that is sensitizing local artisanal miners about the dangers of illegal mining and guiding them on how they can benefit better from Uganda’s minerals. However, mining communities in Buhweju continue to cry out as officers from the unit continue to enrich themselves through extortion.

The unit was established to: implement plans, policies and strategies for effective security of minerals in the country; conduct inspections surveillance and monitoring in order to detect and prevent illegal mining; sensitize mining communities on safe mining, and dangers of illegal mining, among others.

And perhaps one would argue that government was justified in responding to complaints by some investors about encroachment by ASMs on licensed areas. But to what extent has the same government supported ASMs formalize their activities or co-exist with the so-called investors who also mine illegally under the pretext of exploration licenses.

This is thus a call to those responsible for the Mineral Protection Unit to save the name of our police and reorient their officers to be more responsible or otherwise disband the unit and leave the ministry of Energy and Mineral Development in conjunction with NEMA (also questionable) to do their work in a more professional manner.

Otherwise as it is, the poor and mining communities will continue to become poorer as a few selfish officers enrich themselves.  At the same time, government should take due consideration when big investors are introduced into areas where indigenous communities have depended all their life.