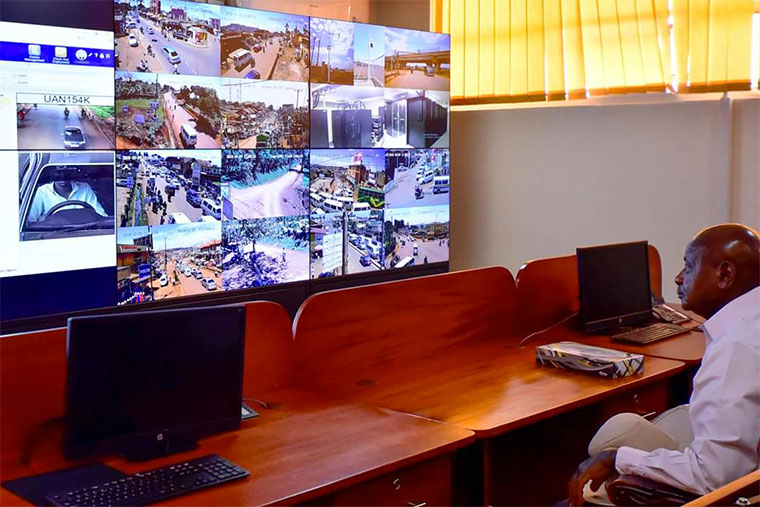 The death of Dr Catherine Agaba was announced the same day we witnessed an entire country come to a standstill to welcome two small passenger planes.

Forgive me fellow countrymen, I was not shocked when Dr Agaba died. I long fastened my belts for these grim moments as surely Anaconda is just opening in theatres around Kampala.

Look, if kidnappers successfully ordered our god [and guns?]-blessed president to back off in the Susan Magara affair, whose parents are personally known to him, what fate awaits a nameless wananchi? It is only God’s grace if an ordinary victim returned alive. As I watched the news that day, I was struck by the coincidence of these two events – how similar they were.

This coincidence reminded me of a time when the state of California in the United States had a ministry of Symbolism. One time, an arguably weak governor of California realised the people he led had normal expectations that his government could unfortunately not deliver on.

As an easy cope-out, together with his cabinet, they agreed to form a ministry of symbolism whose job was to create impressions that the state was doing things when in actual sense nothing was happening.

Mark you, this is not simply public relations, but a real ministry with a budget to do things that are nothing but illusions. Things only appear to be, but are non-existent in actual sense. In drama, this is called ‘the illusion of reality.’ Even novelist Chinua Achebe’s Egwugwus of Umuofia were better for they solved conflicts.

A minister friend of mine in the Ugandan government enabled me to understand this game of symbolism in our context: moving towards an election, the incumbent, Mr Museveni, often moved the heaviest road construction equipment to a location where he had promised a road project.

They would clear the sides of the road for about a month, and thereafter line the juggernauts on the roadside. They would be stationed there for months only to be quietly moved away at the end of the election. The impression that a road construction was underway would have been achieved and concluded – this would have created ground for receiving the new incumbent in office.

My mind kept returning to these stories of absolute deception while we welcomed two small planes, but also had to uncomfortably adjust ourselves to the horror of a kidnapped victim being pulled out of a septic tank.

Look, Dr Agaba’s murder came after many others. On all previous murders, there were phantasmagorical displays of improving security: Kampala is flooding with soldiers [masquerading as protecting wananchi, but actually protecting power].

We have CCTV cameras at major road stops. Hoods were banned. Minister Idah Nantaba recently sorted a motorcyclist (or was murdered on her behalf or a fiasco directly involving her) as recommended by the commander-in-chief – as security measure!

What then explains Dr Agaba’s death – and the many others that have come after her – and the more yet to come – as violence only reproduces itself? Surely, these security games are nothing but the handiwork of the ministry of symbolism.

Enter Uganda Airlines and the fanfare that welcomed these two little planes. A 2016 feasibility report by National Planning Authority signed off by Prof. Kisamba Mugerwa tells an interesting story.

Without being explicit – not to offend the powers that sanctioned it – the study, read slowly and carefully, basically said: Uganda was not ready for an airline. Besides scoring the country poorly on political interference, capacity to manage airline business, airport infrastructure, procurement etcetera, the report concluded that “investment in the National Carrier should be considered as an infrastructure for enhancing the country’s global connectivity and competitiveness, beyond the direct financial benefits. The carrier will play a critical catalytic role in tourism development and promotion, export growth, investment in various priority sectors and global networking.”

There’s a trap in this seemingly positive recommendation, which surrogates are chanting like they were prisoners of war. On ‘global connectivity and competitiveness,’ Uganda does more business in South Sudan, Kenya and Rwanda, where an airline is simply unnecessary. Does anyone realize all talk of the Standard Gauge Railway (SGR) has gone down?

For years, Uganda’s main export was shipped out of the country via rails and trucks, which explains why Coffee Marketing Board owned entire streets in Nairobi and Mombasa. On tourism, with the exception of marketing the natural resources, the sector ranks lowest in budget allocation: our hotels are messy; lake-sides dirty, and waters unnavigable [recently, local tourists simply perished in the infamous boat-cruise disaster], etcetera. Where then does the airline fit in this mess if it were not for its symbolic appearance?! RIP Dr Agaba.

After reading this article, I get the impression that even at government level, such Northcote-type ministries exist.
Report to administrator
0 #2 Lakwena 2019-06-18 09:14
Thanks Yusuf for your continuous insights.

Your intellectual efforts are not in vane: So much so that I sometimes wonder whether to cry or laugh about the current state and future of the country called Uganda.

Because honesty mattered, when growing up, children's idealism is that except during storytelling; it is abomination for adults, parents and especially elders like Mr. M7 to tell lies (mislead) steal (grab) and/or kill.

But now-a-days in Uganda, the principle of deception/dishonesty has become the instrument of leadership and even parentage. Leaders and parents alike, are lying, stealing (grabbing) like maniacs.

The more lies and grabbing you can get away with, the more honors awarded and medals you are decorated.
Report to administrator
+1 #3 Jama 2019-06-20 19:52
After liberating us for their own interest, the NRM regime came with a system known as siasa.

The objective was to convince the people that their cause to fight for their well being. They promised many things among which,we find building a well integrated and self sustained economy.

If all the air sold during that time was realized by now Uganda could have become another Singapore.
Report to administrator