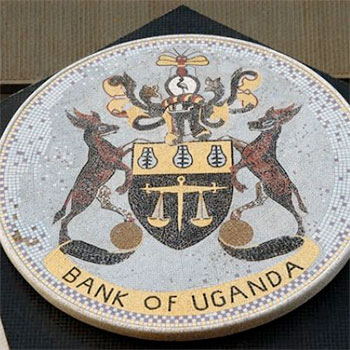 The, 1000 note is the highest and most used denomination in bulk transactions.

“We have assessed the grave concern, our large banknotes — particularly the older Shs 1,000 series are being used for illicit financial flows in Kenya and other countries in the region,” the CBK governor, Dr Patrick Njoroge, announced on June 1 during the Madaraka Day celebrations where he unveiled the new banknotes.

This move is an addition to the already stringent measures against money laundering. Under CBK regulations, commercial bank clients are required to account for withdrawals or deposits above one million shillings (UShs 36 million).

The new measure has caught many unawares especially the corrupt public officials, launderers and those with ill-gotten money. The governor explained that the surprise move is intended to disrupt the illicit financial flows and stymie the criminal enterprise funded by such proscribed money. Ghana and Nigeria have also done the same.

The new regulation means that those who are hiding ill-gotten money in bedrooms, bunkers, and safes may have an uphill task of getting it to the banks or legitimizing it. Many are likely to be stuck with valueless pieces of paper.

Uganda could learn a few things from CBK. It is not unusual in Uganda to find some public officials whose apparent or known official income does not support their acquired property (personal and real estate) worth millions of dollars.

The answer is certainly corruption including, but not limited to, soliciting bribes for award of hefty tenders, falsification of documents and outright fraud. The Leadership Code Act, which requires public officials to declare their wealth, assets, and liabilities to the Inspectorate of Government, needs to be amended to allow public declaration of these assets and liabilities.

The IGG and the law are still fuzzy on whether the declarations should be made public for scrutiny and verification. In the present circumstances, the IGG has no technical capacity to inspect, investigate and verify the declaration. The same law should be amended and the IGG empowered to confiscate suspicious property, which cannot be explained.

It is only in Uganda where a three-year-old child has a $1 million house in Kololo yet his parents have no known rich inheritance, or loans in banks! Where it is proved that the property was bought using taxpayers’ money, then that property should revert to the public.

Since that person is or was holding an office on behalf of the public, it is presumed that the property which was bought by the taxpayer’s money belongs to Ugandans. At that time he was a trustee. The onus to prove ownership should be placed on the accused, and not the IGG.

Certainly, if this is done, some people will cry about the excessive intrusion into their privacy. But a leader who abhors public scrutiny has no business running a public office.

It’s only the wicked and guilty persons who can find excuses of hiding his wealth! If this is done, it could be one of the enduring legacies of the NRM government. If corruption is fought with good faith, Uganda can achieve its middle-class income for its people.

Some of the people hiding piles of cash in their houses are involved in these decisions of changing currency so they know how to play their cards.

The solution is encouraging financial inclusion for all and none-cash transactions which are better to track.

If we can limit the highest note to say 5000 UGX, carrying a billion would need a pickup and it would be very difficult for money launderers and the corrupt to move around.

Even genuine traders who handle large amounts of money will be forced to use non-cash methods to transact business.
Report to administrator