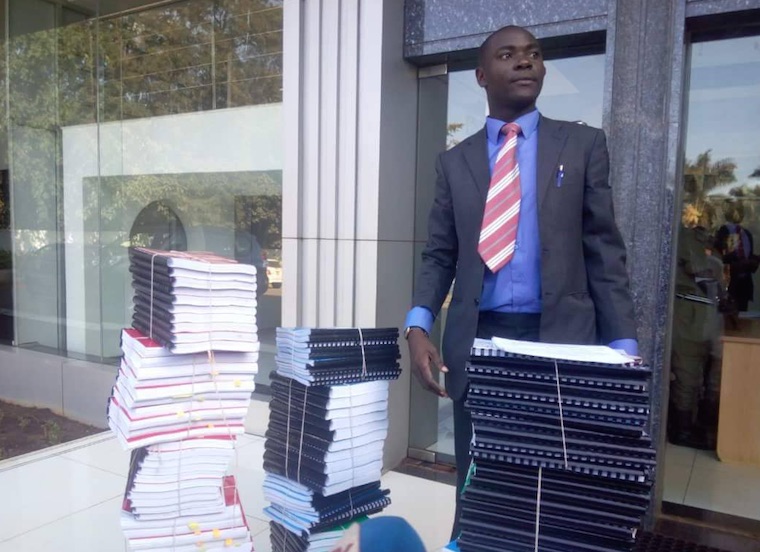 I recently sat through an interesting story on the phenomenal levels of fraud in Nigeria.

One time, a commercial bank published names of persons who had defaulted on their loans. The idea was to expose their non-creditworthiness, and perhaps have them clear their outstanding loan obligations.

To the surprise of the bank managers, their clients with no debt, and other defaulters (whose names had not been published) walked into the bank building complaining about why their names were not on the list published.

Defaulters whose names had been published also went to complain about why the monies indicated as owed were so small: “why didn’t you publish all my outstanding loans?” they would ask.

The reason for this unexpected turn of events was that the list had all of a sudden gained value; it was being used as evidence of wealth in other banks: “Look, I’m worth 25 billion naira, which I borrowed from the other bank; you can give me a 5 billion loan.” And it was working.

I could not miss the power of this story the more I thought about Dr Patrick Wakida and his Research World – in the context of his career as a pollster and opposition political player in Uganda.

The imagery could neither be lost on the youthful and indefatigable lawyer Male Mabirizi. While Male Mabirizi is an obsessive lawyer, Wakida is a consummate pollster. Both men have admirable levels of self-confidence and bravery.

They are proud of their learning and accomplishment in their disciplines. Their resilience and eloquence is admirable. Indeed, in constantly reminding us of the place of the judiciary, and the importance of a poll-driven electoral process, respectively, both have cemented their place in the Ugandan political milieu.

While Wakida has been around for long, Male Mabirizi only recently shot to fame when he took the king of Buganda/Buganda Land Board to court over the new land registration requirement that had been dubbed “kyapa mu ngalo.”

After this unprecedented suit, Mabirizi attracted several column inches and prime time news coverage. His performance in Mbale during the petition against the age-limit removal confirmed him as a man to watch in the Ugandan legal gymnastics. His good sense for dramaties has earned him more plaudits.

Yes, the whole world is a stage; you have seen him ferry voluminous and countless booklets of his suit, and sitting down austere and briskly to append his signature on all of them. He never turns down the opportunity to confront judges for their conflicted selves – and we have cheered him on. Indeed, he has won himself several favourable verdicts, but also lost many.

On his part, the very ebullient Wakida has produced poll after poll in different electoral cycles. Surely, without debating his polling credentials, there is no doubt that polls are a core part of governmentality, and more so central to electoral processes. Indeed, he is credited for producing polls, which ended consistently with the final electoral results.

But here is the difficult part: Wakida is a Forum for Democratic Change (FDC) card-carrying member. This means, he is interested in dislodging the rather “undemocratic” and “dictatorial” government of President Museveni.

Mabirizi, on his part, for challenging the removal of age-limit in the constitution, it could be said he too sees Museveni’s government as undemocratic and unconstitutional. Strangely, both seem oblivious of the times, and the absurdity of their otherwise well-meaning interventions – that they actually achieve the opposite results.

Like the loan defaulters in Nigeria, Museveni uses them as testimonies of his democratic – judicial and electoral – worthiness. Haven’t we heard Museveni’s spokesperson cite Wakida’s polls, and rebuke opposition counsels [epitomised by Mabirizi] for complaining about judicial frailty only after getting negative verdicts?

In an environment where the incumbent rolled tanks into parliament, endlessly teargasses opposition from mobilising, then wears them down with incomprehensible court cases, and can arrest and imprison them at will, it is surely absolute silliness to behave like you were in a levelled political dispensation.

It is an embarrassing contradiction to produce electoral polls under the circumstances described above, and at the same time retain membership to a party which believes electoral processes in Uganda are neither free nor fair.

It is also absolute idiocy to go to the Ugandan judiciary in a case against President Museveni – like you just arrived from the Arctic! The idiocy of these otherwise intelligent practices is compounded in the fact that they actually benefit the one being opposed. Perhaps actors should engage them for personal plaudits as doing something consistent with democracy.

Kagwanjara simon asked kindandala why they are so focusing on Besigye , a man who remains as popular as he was 20years ago and why besigye is still loved by the people-the attacker could not answer the question.

I will answer it for him here- and this is in line for the first time with Andrew Mwenda interview on NBS days ago- Besigye is consistent in his fight against the junta, goes on front line first, he is perhaps the only politician who understands the formula for dislodging the junta although we Ugandans have let him down on many occasions where he has created leadership to demonstrate against the junta.

Wakida falls among the muntu leaning FDC wing that really are career politicians who want to use FDC to give them limelight and jobs that they can keep by lukewarm opposition.
Report to administrator
+1 #2 sula 2019-05-15 19:14
1- ''and can arrest and imprison them at will, it is surely absolute silliness to behave like you were in a levelled political dispensation.''

It is not only Wakida but the media, and many so called politicians who claim that ''museveni has defeated Besigye so many times'' or Besigye has been losing .............''

How could museveni have won Elections which he rigged ? Many of us - Ugandans are morons.
sensible people should at least say : Museveni has been returning to power after controversial /disputed .allegedly rigged elections''
Report to administrator
+2 #3 sula 2019-05-15 19:31
1- Mabirizi is correct : you got him wrong.
- 'silence' means consent .by raising alarm , he is bringing in public very important information to conscientise Ugandans.

2- Regardless of the judgement got , the cause will not rot , after the fall of museveni many issues will be revisited

3- Every controversial case taken to court is also a trial of the court itself. .Mabirizi and many others have helped to expose the hollowness of the Judicial system in Uganda.

It through them that many Ugandans have come to understand that like other institutions the judiciary was captured and it works on the orders of Museveni. Mabirizi is a hero of our time.leave him alone.He is a brave soldier.
Report to administrator
0 #4 Akot 2019-05-17 19:09
sula, thanks, but,

Museveni will not fall unless forced out in UNITY!

True, there are many issues that will have to be handled by Ugandans, but this will only be possible if after Museveni, our people Reforms the Republic!

This means tribal leaders will have to renouce their posts definitely or form Independent Tribal States immediately!

But, only tribal leaders standing down & UNITY will throw Musevnei out first, then there will be chance to a beginning to future plans!
Report to administrator
0 #5 Kirya 2019-05-18 21:16
No it is not the tribal leaders. It is the lack of will by Ugandans to take on m7's machine that corrupts their souls! he talks garbage and the few confused souls take it to heart.
Report to administrator