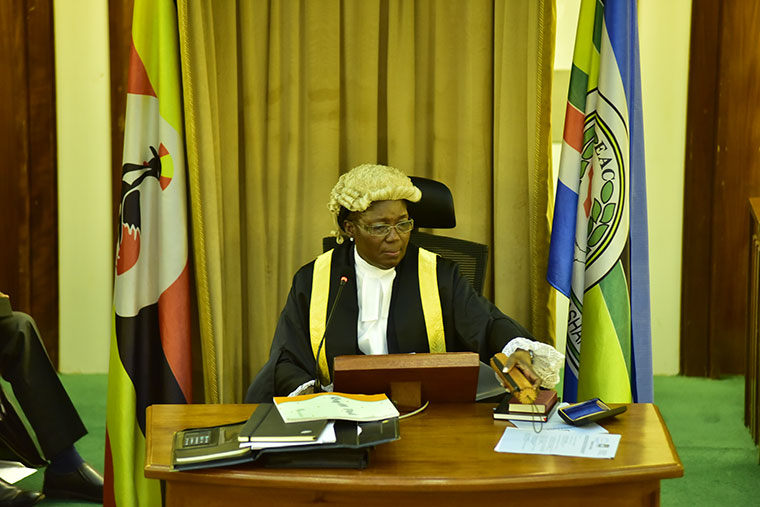 After trying and severally restrained by President Museveni and finance officials, MPs last week threw all caution to the wind, and raised their wages, citing a hike in the cost of living.

They drove up their wages yet majority of Ugandans are still paid modest or stagnant wages for years. In driving up their wages without due consideration to the rest of Ugandans, the MPs came off as vicious vampires living off an already skinny carcass –Uganda. For their mileage alone in the next financial year, the lawmakers want to pocket Shs 63 billion.

We have 450 MPs, but the real legislative work is done by almost 80 MPs. Yes, the cost of living is rising, but it is also true that MPs and ordinary civil servants such as teachers, doctors and nurses who earn a pittance, shop from the same supermarkets, fuel stations, go to the same clinics just like the esteemed legislators.

Police officers and the army’s rank and file are the least-paid public servants yet their sacrifice in terms of blood and time is heavy. But somehow they have had to make do with the peanuts they are paid. One would have thought that MPs should have been keen to work out a scheme that aims to improve the pay cheque of all working Ugandans/taxpayers.

The doctors have gone on strike in the past demanding proper tools and commensurate salaries given the complexity of their job. The MPs have paid lip service to the doctors and teachers’ causes.

Instead, they find it appropriate to increase their emoluments at the expense of other Ugandans. Further, the MPs claim their allowances are consumed by constituents who keep demanding for school fees for their children, among other demands. It is not the duty of the MPs to pay school fees for voters’ children. It is because of self-preservation that MPs seem to be engaged in matters beyond their remit.

They pay fees in order to curry favour with voters in forthcoming elections. Those MPs who don’t respond positively are usually punished in the next elections. It is the MPs who have nurtured this culture of bribing voters in advance. The MPs shifted the focus of politics from being issue-based to an income-generating venture. They should therefore, be prepared to take the heat. However, the truth seems to lie somewhere. MPs incur heavy debts to finance their campaigns.

From the very day they are sworn in, moneylenders start knocking on their doors. Others have mortgaged their family property in order to raise cash for their campaigns; so, some of them hardly earn a decent income. Most of the money in the first four years is spent paying debts or rescuing mortgaged property.

MPs believe that if they increase their salaries and other allowances, they will be able to pay their debts, and live a decent life. It is high time we made the job of an MP less attractive and a part-time duty. It is also high time we amended the constitution, re-demarcated the constituencies and reduced them to 150 seats.

We have not got value for money in having 450 MPs. Their higher salaries are hemorrhaging the national purse. Please MPs, tame your insatiable appetite for money. This country belongs to all of us.

0 #1 Lakwena 2019-05-18 08:55
In other words Editors, in Uganda inflation and/or incremental cost of living only affects the MPs and their family members. The rest of Ugandans can go to hell.

E.g. a year ago medical doctors asked for a raise, but they were accused of being unpatriotic and threatened with being replaced with Cuban doctors.

Otherwise, in my angry opinion; any public servant who earns more than Shs.10 million a month, should meet the costs of their communication and transport.

In other words, MPs and/or cabinet Ministers and all the Directors of Statutory Authorities would pay for their own phone bills, buy, fuel and service his/her car.
Report to administrator
0 #2 Lakwena 2019-05-18 09:43
It is in the primitive culture of poverty, especially in Africa, where most people; especially political leaders spend over and above what they can ordinarily afford.

It is in the culture of poverty where austerity is not part of social economic consciousness.

As if there will be no tomorrow; It is in the culture of poverty where compulsive and instant gratification is a way of life.

While in other countries public money/property is sacrosanct therefore, an abomination to steal and/or spend it without justification; but in Uganda, abusing. stealing and grabbing public money and/or properties, is e.g. the birthright of Mr. M7 and his Ministers and NRM Mps.
Report to administrator