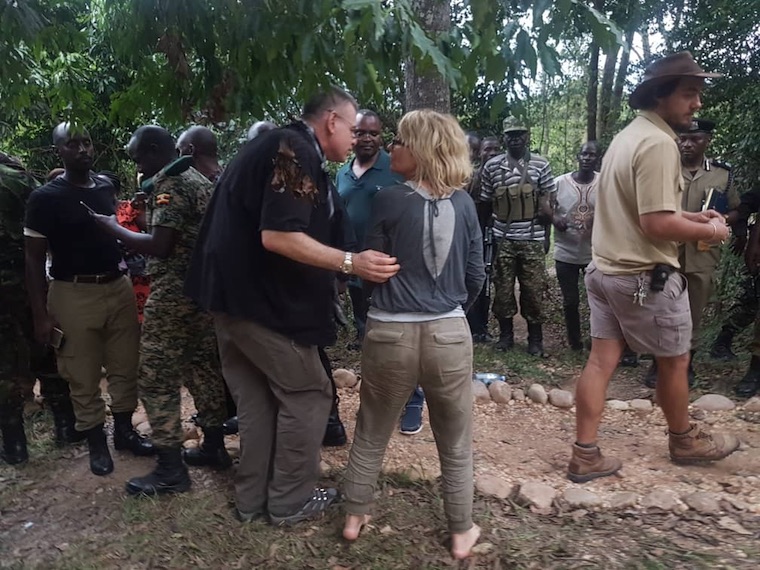 That the American tourist Kimberly Sue Endicott and tour guide Jean Paul Mirenge were rescued without any bodily harm must be laudable.

This particular incident thrust Uganda into the international spotlight for all the wrong reasons. This unwelcome spotlight came on the coat-tails of a publicity blitz created last October by visiting celebrity couple Kanye West (aka Kanyesigye) and his wife Kim Kardashian.

Fortunately, the Western media, which plays a crucial role in informing the travel decisions of tourists, didn’t whip up a storm of unnecessary gloom intended to paint us as an unsafe tourism destiny.

The US State Department too, didn’t issue prohibitive travel advisories about Uganda. On the positive note, President Donald Trump posted a tweet calling on the Ugandan government to hunt down the kidnappers and bring them to book. But certain questions ought to be asked of our security agencies and the Uganda Wildlife Authority (UWA).

First, the park, Queen Elizabeth, is hedged between a hostile environment. It borders the Democratic Republic of the Congo, where the rebel Allied Democratic Forces (ADF) has been launching on-and-off attacks on Ugandan territory.

That alone should have nudged the security agencies to turn the park into a priority surveillance site. Two, even though we have an arrangement of sharing tourists within the East African Community (EAC), it is natural that the inherent urge to compete cannot be ruled out.

Therefore, whereas at the transnational level, the tourists sharing arrangement may seem great, there are small but important players, such as tour companies and guides, who may be put out of jobs and, therefore, may want to frustrate the flow of certain traffic to certain destinations.

Point is, the park is very vulnerable and a fertile ground for all manner of dirty schemes and security services should be cognizant of that as they work to secure the park.

Further, kidnapping in the country has taken on a worrisome dimension. In the past, some women, businesspeople and children have been kidnapped. In some cases the rescue missions have turned fatal.

The most recent and ugliest being that of Susan Magara whose captors asked for a ransom of one million dollars. She was still killed even after some money was paid. It appears the police, army, UWA rangers and intelligence services have been sleeping on the job or if not, they have been overwhelmed. Perhaps this underscores the need to increase the numerical strength of the police and intelligence services within the parks.

If the intelligence services were up-to-date with information, it is unlikely the kidnap would have happened or if it happened, it wouldn’t have taken that long to rescue the captives. Let us face it; the underworld of terrorists is growing not only in numbers but also in sophistication. Emphasis is no longer placed on mighty arms but on the stealth and invisible methods of executing terror.

Therefore, it goes without saying that intelligence services need to keep pace with new trends through special training to counter the sophistication and intelligence of these high-profile kidnappers.

The Observer is worried that these kidnappers might get away with their deeds, yet modern intelligence tools to track them down are available. We ask the ministry of Information and Communications Technology (ICT) and that of Science, Technology and Innovation to take up this challenge.

Kidnappers usually use phones and the internet to contact families of victims for ransom. The telecommunications companies must be able to give precise locations of these kidnappers, and or we would like to be assured by the men and women of the shadow world, with their powerful bags of tricks, that this mess would not return to our land.

0 #1 Wante martino 2019-04-11 10:55
editorial, i only agree with you that Security has for what ever reasons SLEPT on their jobs because, f.y.i there are Armey Detatches at Rwenshama, Mburameizi bordering DRC, Kisenyi landing site, Kyambura, another is opposite Amama Mbabazi's home and even in Kanungu!

All these were meant to stop any intrusions from across the border, but the fact thet some goons not only crossed illegally but with Guns and were able to take hostages across the border beats my understanding too!
Report to administrator
+2 #2 Lysol 2019-04-12 22:29
The biggest unanswered question; was the ransom paid and by whom?

Something smells fishy here, and it falls within Museveni's play book.

The Americans under Trump have ignored M7 and he had to do something crazy and desperate to seek attention the Amin's way?
Report to administrator