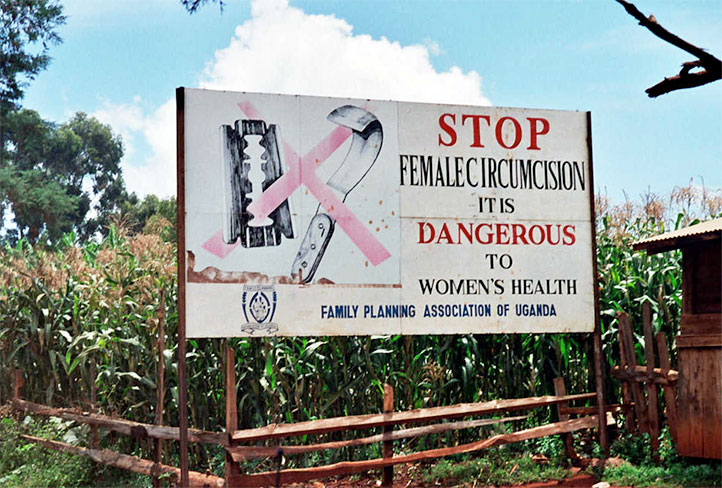 Media reports have been awash with the resurgence of female genital mutilation (FGM) in the Sebei sub-region, with the highest number of victims reported coming from Kween district.

Unconfirmed estimates have put the number of those mutilated at almost 400. The nation is shocked because many thought the practice was a thing of the past.

To many observers, it may seem like after the enactment of the FGM Act in 2010, FGM ended. After the law became operational, the authorities began arresting individuals involved in the practice in order to send a clear message that the practice is a public health problem and a gross violation of rights!

Much as the approach seemed to work, it is important to note that such deep-rooted practices do not disappear overnight. The communities that practice FGM cherish it as an important rite of passage that defines a woman’s social status.

Women and girls who have not undergone FGM are often stigmatized. Because of these social realities, outlawing the practice without transforming social norms, beliefs and behaviors that perpetuate it, drove the practice underground, rather than stopping it.

To avoid being arrested, community members changed the times and sites of cutting; they became discreet about it by avoiding the public festivities done prior to and after the cuttings.

Some health care workers and police officers in these communities still believe FGM is a vital traditional practice that must happen. Some health workers think they can use their sterilized equipment to cut so as to minimize the health risks, while police officers will tend to look on helplessly even when they hear of suspected incidents.

Rather than them playing a preventive role, they will claim that there is no complainant or that they lack the resources to follow up on these suspected crimes.

Results from a 2018  formative research conducted by Center for Domestic Violence Prevention (CEDOVIP)  in Kween and Moroto districts, indicated that quite often, community members portray FGM as a practice with mystical powers that brings abundant blessings to the family and the community while at the same time they believe that not doing it leads to family and community disasters such as stillbirths, barrenness and famine, thus the social pressure for the girls to undergo FGM, explaining why severe social sanctions for those who have not undergone the cutting are in place.

Such family and social pressure compels the girls and women to undergo the cutting so that they are socially and culturally right and accepted in their communities.

Because of this high tolerance of the FGM practice, it was also learnt that the age at which girls are being cut has changed from when they are teenagers to after they have been married off.

Currently, the cutters (mainly traditional birth attendants and older women) are also big beneficiaries of FGM activities because of the reputation they gain, the material gifts given to them and most importantly, the social ties they develop with the families of the ‘successful’ candidates.

Because of the revered status of the cutters, their actions are not questioned. They are responsible for the identification of the uncut girls and women and reminding their relatives to prepare the women and girls for cutting, as well as setting the schedules for the cutting as was the case with the most recent occurrences in Binyiny town council, Kween district.

FGM is caused by a combination of drivers operating at different levels of the social ecology. These risk factors include a person’s developmental history and attitudes or beliefs; their relationships and household dynamics; community factors such as social norms and levels of poverty; and macro-level factors such as gender regime and market forces that affect realities at all the other levels.

Therefore, preventing FGM calls for urgent transformation of the social norms and beliefs that perpetuate and sustain it as well as response actions to support the survivors as well as holding of the perpetrators of FGM accountable to their actions. This means that interventions must work with the entire community across the ecological model.

The interventions need to be intensive enough to address the myths and stereotypes, challenge the unequal power dynamics as well as transform the current negative norms to create positive changes that will enable community members create new value systems and social norms that equally value women/girls and men and boys and recognize the right for women to live free of violence.

CEDOVIP’s SASA! program is one of those key interventions that is working with the communities to be proactive at creating this change.

The writer is the executive director of CEDOVIP.

0 #1 WADADA roger 2019-03-25 12:57
Just look at the tools used in FGM on that bill board, that is indeed barbaric but i can also add my voice and out of what i have seen with my own eyes that FGM is the worst thing any one can do to a woman's private parts.

Scooping out that particular organ is like removing a gear box from a car and then leave its engine with nothing to power it.
Report to administrator
0 #2 Ahabwe 2019-03-26 13:58
I think men, should pro actively join the struggle. sometimes, the girl will fear losing her marriage if she thinks men like that.

Naturally and emotionally, females will do everything to align with the interests of men. My question is, do men prefer a female who has undergone FGM or not?
Report to administrator