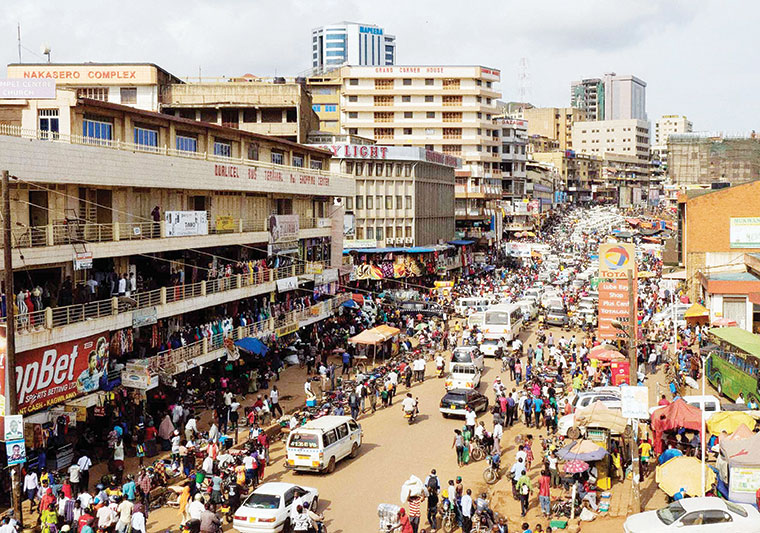 The subject of African Studies has a significant problem to engage collectively, explicitly, and critically with the thing that is ever more a point of discussion around the world: capitalism.

There is a significant shortage at the heart (and top) of the African Studies community in Western Europe, and arguably across the entire Global North, of an explicit, focused, sustained, large-scale collective exploration, about the many, multifaceted features of contemporary capitalism on the continent, and about characteristics of African societies as capitalist societies.

For example, in countries such as Uganda and Kenya, and especially in their major cities, one can find plenty of social phenomena that are typical of contemporary capitalist society across the world.

Can some African countries be regarded as capitalist countries from the point of view of observable social phenomena in everyday life, in the big cities? The answer I would give is an emphatic yes, of course.

What else do you think these examples point to: pre-capitalist, feudal? Earlier this year I attended the Mwalimu Nyerere Intellectual Festival at the University of Dar es Salaam. The festival theme was the following: “The Second Scramble for Africa: The Quest for Socio-Economic Liberation of the Majority Poor.”

Although not using the C-word directly, the use of the term “scramble” is a very direct reference to the topic of imperialism on the continent, and therefore to a major general phenomenon in capitalist political economy.

The political difference between this gathering’s title and the typical titles of European conferences that I have encountered over the years (headlined with words such as mobility, connections, flows, engagement, creativity, transformation, past-present, etc.) was striking.

If one breaks it down to particular countries, the literature on capitalism in contemporary Uganda, for instance, is sparse. The scholarly situation is not much different in neighboring Kenya.

I regard South Africa as an exception in this regard. We could also extend this discussion to the issue of the many political-economic, social and cultural aspects of imperialism in Africa as well. In my view, there are major deficits and gaps here too.

Before I conclude, I want to share with you one final bit of data we assembled. Conference titles are one thing, but what about African Studies journals? Does capitalism get some significant analytical attention in the published work?

To start with, how about the top-ranked journal: African Affairs? Let’s find out. This is how my collaborator Nataliya summed up her research and analysis: Through some basic word searching I counted how many research articles had a term (at least) once in either title or abstract in the last five years (2013 – 2017).

I focused on words “capitalism,” “capital,” “neo-liberal/neoliberalism,” “class” and “market.” In the leading African Studies journal, African Affairs, the word “capitalism” appears in two articles in this period: one by Alex Beresford in 2015 and the other one by Anne Pitcher in 2017.

This amounts to about 1.77% out of all the 113 studied articles. So, to pick out just one figure for the purpose of analytical narrative: the rate of capitalism for African affairs speaks to the earlier finding coming out of the conference analysis, capitalism—as a phenomenon, theme, or concept—is peripheral, at least in the vital title and abstract section.

Which term then is the top-term in this top-journal? Today, we have no time for that important question. And, in this text I can also not analyze relevant conferences that are taking place on the African continent or relevant journals produced in Africa.

I end with one closing thought: if indeed capitalism is in town, then the status quo, the business as usual in African Studies is, in analytical terms, with every passing day ever more inadequate, for capturing this fast-moving empirical reality: the expansion and intensification of capitalism in the cities and beyond.

Much of what goes on regarding capitalism in countries like Uganda or Kenya remains unstudied. As the history and science of capitalism tells us, it is a system that constantly expands and permeates, throughout the globe.

Welcome to capitalist Africa, then! And, African Studies, let’s talk…

The author is a professor at the University of Leeds

I also think globalisation has replaced all these other stuff. Africa has opted for following the herd her own story will never be heard am afraid.
Report to administrator