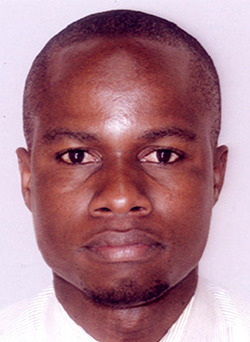 There is a Saudi satirist and vulgarist called Ghanem Almasarir. [Yes, vulgarism is a form of satirical artistic expression with a long history].

Almasarir’s form of protest against the excesses of the Saudi prince, Mohammad bin Salman (also MBS) takes the form of online YouTube videos – the Ghanem Show.

In these videos, Almasarir, in graphically seasoned language and brief skits, insults, ridicules and torments the fledgling prince and the entire Saudi leadership. He has recommended “farting in the face of the prince.”

He is seen in one video, staged in a public square, bending over blowing away loudly for an imaginary prince, whom he has called a “tubby teddy bear,” which actually means, having a doll’s brains!

His shows open with a clip of MBS and his father King Salman wheeling in a garbage dump. Like Uganda’s Stella Nyanzi, whose critical social media posts of the ruling family – husband and wife – tend to gather thousands of hits, Almasarir’s show attracts millions of viewers. Some attract over 200 million hits, which is half the population of the entire Middle East.

Farting for the prince is disgusting imagery as is wheeling in a garbage dump. Again, like Stella Nyanzi, Almasarir has actually attracted the wrath of the Saudi state. Self-exiled in Great Britain, two weeks ago, Almasarir was violently assaulted on the streets of London by Saudi agents.

Nyanzi has gone through this several times too. True to form, Dr Nyanzi is arguably Uganda’s best vulgarist of the modern time. Perhaps a dying form of artistic/literary expression, Nyanzi has ingeniously resurrected it. This form of expression often comes to life in moments of strong emotional recollection over a specific subject.

It is quite Wordsworth-ian and could be categorized as romance poetry. It could be performative or expressive. The form thrives on the traditions of a community by turning them upside down. Like comedy, it is the incongruence, out-of-placeness and bizarreness of vulgarism that pleasantly jolts us into attention.

It radically and aesthetically exploits an inversion of convention. Note that there is a fine line between vulgarism and plane profane speech – mostly discernible in panache of the latter.

The great Okot p’Bitek was a seasoned vulgarist but never explored the form to the core. His poetic affront on modernity in Song of Lawino is more poignant as vulgarism in the original Acholi version of the poem, Wer pa Lawino.

His attacks on the modernized girl, Tina, take the form of subtle vulgarism. But Okello Oculi’s poems where an anti-colonial fighter threatens to f**k the queen, or DC’s mothers if he were lucky to find them on the streets of Gulu are better examples of vulgaristic poetic expression.

When Dr Nyanzi launched her acerbic-vulgarist vitriol against Janet Museveni in 2017, among other things, she made bold and graphic comparisons to her own pudendum, weighing it against that of the very enigmatic First Lady.

Perhaps the most vivid of her vulgarist expression came in her 2018 birthday poem to President Museveni, wishing Museveni’s mother had suffered a miscarriage—among other possible birth calamities—and not given the world the boy who would go on to become president of Uganda.

Rhymed, musical, hard and revolting, the poem spread like a wildfire, attracting thousands of hits. Nyanzi was picked again. But why is the world attracted to these otherwise “insane” and “uncultured” poets and essayists?

It is surely not because they are dirty-mouthed, and profanity spread so fast. It is a combination of the craft of their methods—an inversion of sacred tradition and the ingenuity of the poetic qualities—and the imagined sacredness of the object of their attack.

The ferociousness with which the Saudi government responds to dissent is so lethal that silence is the preferred option. Janet Museveni, for example, has also crafted an image of the most fearsome public official in Museveni’s Uganda – way beyond reproach.

Launching those beautiful vulgarist tirades against such targets is often sweet for both the vulgarists and the wananchi. The vulgarist is rewarded with catharsis for the release of these powerful emotions.

The oppressor suffers the mockery of their otherwise (illusively) neat images. As a form of everyday protest, vulgarism emerges in a context of excessive power and impunity on the part of the imagined oppressor.

They do not believe it is possible for one to be honest or sincere. So they do what comes so naturally to them. They steal the honesty and sincerity of others and fraudulently masquerade it as their own.

Imagine, we even steal honesty in Uganda!!! So greedy are we for accolades, that we will abuse our offices and positions so that we lie better to the world about who we are.

But in the end we discover that we have only lied to ourselves. There is nothing so painful as looking into the mirror and seeing a lying thief staring back at you.
Report to administrator
+3 #12 Wooden.K. 2018-11-08 13:16
Good afternoon Wainanchi !

you are the only one here who sees things that the rest of regular commentators do not see.

I think you have a special brain -like Dr. Nyanzi.

Just like she does , when you see somebody who does not agree with you , you select , target and bombard them with all sorts of insults and vulgarities.

Dr.Nyanzi uses body parts to hit her targets ; you demean your targets by calling them Swines , crooks and even suggest that they deserve to be shot.

Do I think that the way you write makes you a mental case ?
Not yet !
On the contrary, if I were looking for somebody to teach Nyanziology , I would choose you.

I greet you Mukulu Fuller !

I thank you for commending my take on this one.

Truth must be said every now and then: H.E.Super Glue and his dear wife should be thankful that we, Ugandans, are very polite and patient.

The things Dr. Nyanzi says are nothing compared to things that other countries do to ovetstaying, overbearing , overselfish , over in-word-looking ruling families. In most cases , the Nyanzis of there do not just vulgarize, harrass, or insult, they do things do worse.

Benito Mussolini, Pol Pot, Mobutu, Nicolae Ceausesco, Milsevic,Claude Duvalie ,Saddam Hussein, Gadhafi , sergent Doe and many others all claimed to be the only ones who knew how to "lead"

Where are these strong men and their wonderful families now is the question..

Don`t all them wish they had listened to the Nyanzi`s of their time ?

No, I did not open a can of worms ; What I opened was a bottle of Aftershave/ cologne. Smells right .

" Mukulu" in Buganda , is a title that you give to someone to show respect. The literal meaning of Mukulu is "Old One". The socialogical meaning is " Chief" "Boss","Mzee" "Elder" etc.

Whare are you from ...again ?
Report to administrator
+2 #15 Jama 2018-11-10 14:57
Is this vulgarism more criminal than the torture inflicted on some mothers by special force criminals during the people power electoral campaign in Arua?
Report to administrator
0 #16 Treva 2018-11-12 14:40
In Uganda, 'academics' and newspaper 'editors' conspire to commit the fraud called plagiarism regularly.

It is a scandal. One day it will burst open. But the stench of it is already all around. What is done I darkness will be brought into the light!
Report to administrator
0 #17 Lakwena 2018-11-14 15:25
Quoting Treva:

Plagiarism is the worst crime in academia!!!!! It exposes hypocrisy!!!! In our 'context' it exposes the critics of corruption as themselves being corrupt!!!!

What is terrible to see is someone pretending to have insight! It is disgusting!

But Treva, your cynicism begins from nowhere.

In other words, In as far as your 'Plagiarism" allegation is concern, whom are you referring to?

The author or the subscribers?
Report to administrator
12