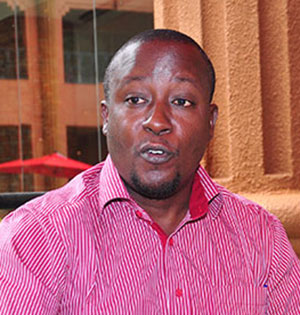 The best thing Museveni has done for Uganda is not grooming a successor.

The few people he has considered for that role - probably family members - are too busy at the dining table adjusting their napkins and switching from one piece of cutlery to the next to concern themselves with what happens in the kitchen.

Consequently, Museveni is the centrepiece without which the puzzle falls apart. Nobody in his proximity has the cohesive power to hold the pieces together.

The only other person who, perhaps, could have kept the system alive, albeit on life support, was former prime minister Amama Mbabazi. But the man from Kinkizi is only a fixer, and not a politician and this job requires both qualities.

The proverbial succession queue which Kizza Besigye was supposed to have jumped was written in sand and has since been washed away by a wave. The generals who waited on their turns have gone to look after their cows, silent in their disgruntlement.

The bolder ones are writing memoirs, mostly about the bush war, blinded to the reality that even the few Ugandans who were alive in 1986 (only 30 per cent) have moved on. Someone who has been stuck in an abusive marriage for 32 years has no interest in reminiscing the courtship or revising the wedding albums. That’s what those memoirs are to us, tales of broken promises.

But there is good news amidst all this. When the old man is out of the way - and he will be sooner rather than later - this battered nation will have an opportunity to start afresh; with no succession queue to follow and unencumbered by generals who feel entitled to their loot because they gave up sausages for five years.

Imagine having to endure another five or ten years of a president schooled on Marxist ideology which uses poverty as a political weapon. Imagine having another president who lists Che Guevara and Mao Zedong as his idols, and uses outdated words like ‘liberation.’

Imagine suffering a similar fate to the Democratic Republic of the Congo, and the parallels are scary. After three decades of strongman rule, change came to that country and found its people woefully unprepared. Twenty years later very little has changed.

The promise of democracy has since vanished over the horizon and their people are back to the escapism of music and outlandish fashions. Ask around and you will find a good number who look back nostalgically to the days of Mobutu Sese Seko.

What concerns me is the fact that many young and intelligent Ugandans are too preoccupied with feeding the outrage industry here on social media to think about life after Museveni. The trouble with outrage is that it disempowers our creative minds and feeds into a narrative determined by the object of that outrage.

So, when the behemoth falls, as it will, will it find us like Kenya after Daniel Toroitich arap Moi or like DRC after Mobutu.

Imagine ten years down this road and we are looking back to the ‘good old days’ of Museveni. The very thought of it gives me an ulcer. But if we do not re-channel our energies, it is a distinct possibility.

The author is the founder Watchman Ministries

Yes, for Uganda, its only possible if your are voting with your head deep in the sand the Kirya's way. Thanks
Report to administrator
0 #14 eric L 2018-09-11 18:28
Just like Wooden K, I must confess I was taken by surprise on this intelligence.

My point of difference though is that the human in us cannot allow for every thing to seem like its ok yet indeed we have been tear gassed, burnt, beaten and maimed.

Truth is I pray the period for the change to happen does not take long otherwise if it does then the cost to reverse a nation that considers defiance as the only means of communicating dissent will be inevitable.
Report to administrator
12