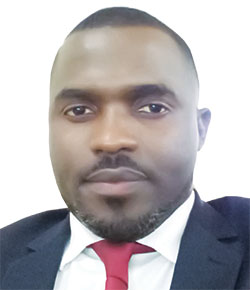 A lot has happened since the arrest and detention of Hon Robert Kyagulanyi Sentamu aka Bobi Wine and 32 others on August 15, 2018.

Bobi Wine was arrested by the military and charged in the General Court Martial. The charges were unlawful possession of fire arms and ammunition, which are a monopoly of the Uganda Peoples Defence Forces (UPDF).

The relevant question to ask is, whether Bobi Wine as a civilian, can lawfully be tried by the General Court Martial. Parliament is mandated under Article 210 of the Constitution to make laws regulating the Uganda Peoples Defence Forces (UPDF).

In fulfilling this mandate, Parliament enacted the UPDF Act 2005. It is this law that creates the General Court Martial under S. 197.

If Parliament made this law to also cover civilians, it would be exceeding its constitutional mandate as far as the UPDF Act is concerned. S. 119 (1) (h) of the UPDF Act 2005 states that every person found in unlawful possession of fire arms, ammunition or equipment ordinarily being a monopoly of the defense forces is subject to military law.

The constitutionality of this provision was challenged in the Constitutional Court and the Supreme Court of Uganda.

In Uganda Law Society V Attorney General court affirmed that trying civilians in the Court Martial would be contravening Articles 210 and 126 of the Constitution. Court went further to state that the General Court Martial had no jurisdiction to try civilians because it was created to regulate the UPDF.

A court without jurisdiction over a matter is incompetent and incapable of offering one a fair trial within the meaning of Article 28(1) of the constitution.

The Supreme Court pronounced itself on the same matter in the case of Attorney General v Uganda Law Society (constitutional Appeal No. 1 of 2006).

In that case, Justice Mulenga JSC emphasized the Constitutional Court’s position, that trying civilians in the General Court Martial contravened Article 28(1) and Article 44(c) of the Constitution. These provisions protect the right to a fair trial.

For there to be a fair trial, it must be before a court with the requisite jurisdiction. Court asserted that court without jurisdiction isn’t a competent court.

The Supreme Court accentuated that there can’t be a trial at all let alone a fair one, if the court before which it is, is incompetent or has no jurisdiction. According to Article 2 of the Constitution, any law or provision that contravenes the constitution is null and void and is of no effect.

The UPDF Act 2005 creates many offences over which the General Court Martial has indisputable jurisdiction. They are referred to as “service offences”.

The statutory definition of a service offence is an offence under the Act committed by a person while subject to military law. The offence of unlawful possession of firearms can be tried under the Fire Arms Act cap 299.

The supreme court in Attorney General v Uganda Law Society further states that “For an offence under an Act other than the UPDF Act to be within the Jurisdiction of the General Court Martial, it must have been committed by a person subject to military law” (emphasis is added).

Bobi Wine as a civilian isn’t subject to military law. It would be, therefore, unlawful to try him in the General Court Martial.

In Mr, Museveni's mind these only exist for manipulation to suit his purposes in the quest for personal enrichment and his life presidency project.

The very act of arraignment of civilians before a military court is to intimidate Ugandans into submission.

Just like when the serious charge of treason is always brought up with the hope that they can legally hold suspects charged under this for close to a year on remand if the case is before a yellow judge.
Report to administrator