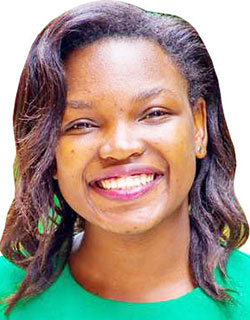 While growing up, it was common to come across tales of a chap called Kapere.

He was a poor man who hardly owned anything. One day, as he occasionally did, he made his way to the lake to take a shower. On that fateful day in the lake, Kapere noticed a smoother rock than the one he occasionally stood on while he showered.

So, he decided to make use of the smoother rock. Despite several warnings from his friends and desperate attempts to tell him that it may not actually be a rock, Kapere paid a deaf ear. Clothes off and halfway through scrubbing himself, the ‘rock’ began to move and turned out to be a hippopotamus.

One may wonder of what relevance Kapere’s story is to us today. This stems from the looming religious policy to regulate faith-based organizations.

So, the current interplay with the policy may turn out to be a replay of the Kapere incident by some of our religious leaders that are trying to support the passing of this oppressive policy into law.

It is incomprehensible that any Christian leader should vehemently support a bill whose provisions largely curtail the move of the Holy Spirit.

Some of the provisions of this policy require one to first obtain a license before doing the work of God. Additionally, this license may not be granted without the approval of the Inter-Religious Council, or the general public.

This is turning a blind eye to the multi-religious society Uganda is, and the fact that there will always exist a degree of cross-intolerance on the side of some individuals.

Contrary to Bible principles, individuals will also be evaluated on the basis of their past deeds before they can be regarded as fit and proper. Needless to point out is the fact that this policy seems to specifically target one main sect – Christians.

This will eventually turn out to be a classic case of handcuffing oneself and bending to the whims of a fallen society as a hopeless prisoner.

Allow me draw your attention to a certain case that has come to be known as the Speluncean Explorers case. Similar to the recent incident of the young Thai boys and their soccer coach that got trapped in a cave, a group of five cave explorers gets buried in a collapsing cave. Expecting to be rescued within a few days, the explorers wait patiently to no avail.

Ten days later, after running low on supplies, one of the explorers, Roger Whetmore, suggests that they cast lots to choose who amongst them should be eaten to save the rest of the team.

After contemplation, he retracts his suggestion, but his colleagues reject his retraction. The lots determine Whetmore as the one to be eaten, and by the time of a miraculous rescue of the group, almost little or nothing was left of Whetmore.

Similarly, Grace Ibingira’s agonizing experience in the 1960s also comes to mind. As a parliamentarian, Ibingira was one of the most vocal members who pushed for the passing of the Deportation Ordinance into law. All cries from opposing house members fell on deaf ears. Ironically, in 1966, Ibingira fell prey to the very law he passionately advocated for.

Do not get me wrong; it is not that we should not advocate for laws and expect to be exempted because of our contributions. However, like Ibingira, when you passionately advocate for an unfair, archaic and oppressive law, it is likely to come knocking at your door at one point.

This incident is likely to play out should the religious policy be passed into law. As a law, it will not be applied in isolation of who contributed to its passing, and who did not; it will be applied uniformly to all, including the hungry oppressors behind it.

It will be an ironic boomerang on some of these religious leaders that have misguidedly and vociferously pushed for its passing when they are caught in the crosshairs of some of the ridiculous provisions in this bill. If I may, we may have the ‘ghost of Ibingira’ hovering over some church leaders in Uganda. What may start out as seemingly protective of traditional faiths will eventually turn out to be a booby-trap.

It is for this reason, therefore, that I call upon the proponents of the religious policy to rethink their actions.

+3 #1 TengTenga 2018-08-10 17:33
This too reminds me of the Public Order Management Act, to which it's chief Architect and passionate supporter (JPAM) was one of it's first victim!

Talk about rearing a monster!!
Report to administrator
0 #2 Ugthinker 2018-08-10 20:48
Self regulation on the side of self made religious leaders has occasioned lots of abuses to their followers.

For that reason any right thinking Christian should embrace regulatory measures to weed out rogues.

Lumping the Holy Spirit in this is doesn’t hold, mere policies can’t hinder the Holy Spirit I know of. No straightforward pastor, religious leader should worry about regulation of religious activities. No amount of regulation can hinder God in my view.
Report to administrator
0 #3 Wooden K. 2018-08-11 14:17
Nkulusizza nnyo Omuyivu Anne Tendo .

Nobody is banning religion . If you are a true christian , you would support the idea of protecting Christ`s church from being abused by all kinds of adventurists and money hunters.

If you are a true lawyer , you should not speak against the notion of regulatory law.

If you are a real Ugandan, you should know that there are crooks who have started "churches" in order to manipulate , extort and defraud some vulnarable members of society.

!
Report to administrator
0 #4 Wooden K. 2018-08-11 14:19
If no Ugandan can just start a Bank without having been screened , no one should start a church unless his/her background , intergrity and intentions are examined.

Yiga , for example , is a stunty conjuror who spreads HIVin Jesus`s name .He is a bloody stain. Is that what Jesus intended when he died on the damn cross ?

This too reminds me of the Public Order Management Act, to which it's chief Architect and passionate supporter (JPAM) was one of it's first victim!

Talk about rearing a monster!!

There is no amount of man's intervention that can jeopardize the work of Christ in His Bride (The Church).

Instead of working so hard to defend the so called religious laws, please do your best to prepare yourself as an individual for the imminent coming of our Lord and Savior Jesus Christ.
Report to administrator
0 #7 Johnson K. Grace 2018-08-13 15:15
“But we have this treasure in jars of clay to show that this all-surpassing power is from God and not from us” (2 Corinthians 4:7).

We have no power within ourselves to stand against decades of seeking the approval of others. However in Christ all power is given to us to overcome the desire of pleasing people more than pleasing God.

We will need to put our prayer and Bible study reflections into action through the power of the Holy Spirit.

He will enable us with the right words and actions to bring home the point that we are His children and created for His purposes.
Report to administrator
+1 #8 Betty Nalubega 2018-08-13 16:05
Joram Ocen dear ,

if you are right , it means that Ms Anne Tendo`s article is unneccessary.

For the rest of who are human , its natural to think that mere faith cannot overthrow law.

Some of us do not believe that because "you believe" or is "posessed by the Holy spirit" you have the individual right to do whatever you want in the name of God.

Personally , I bet that Anne Tendo would be among the first lawyers to protest if somebody ruled that anybody who "understands law" ( claim to ) should be left free to practice law.´under the claim that law is a common-sense art or a talent that is gifted to some individuals from God.
Report to administrator
0 #9 Paddy Musana 2018-08-13 18:47
Oh Uganda! You mean there is crafting of such a policy? If it is true, there are some milking the cash cow. That is the game of some shrewd Ugandans.

Let it be stated here that there should already be enough laws and regulations that should deal with matters religious since these are matters social.

We need to interrogate the origin and purpose of such a policy. As a Ugandan religious student, anyone thinking of developing such a policy is just after financial gains.
Report to administrator
+1 #10 Shammah Kitiibwa 2018-08-14 21:36
Uganda is a secular state such a policy will not work, people can believe and worship whomever/whatever they want.

It's true that some people in the Church are exploiting their followers however this isn't new, the Word of God warns us that such will happen in these last days (2 Peter 2, 1 John 4:1-6)

This is a matter of the heart, people who lack knowledge and wisdom will always be exploited. If anyone is concerned with what is happening in the Church, they should go out teaching the true undiluted Word of the God.

Christ can protect His Church without help of man and those that are His know his voice.
Report to administrator