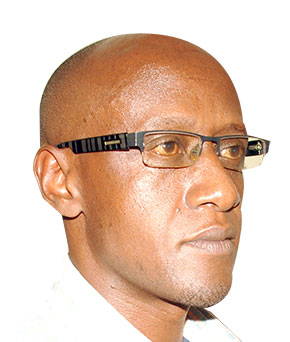 Relations between countries look easy on the surface but are complicated in reality.

That is why we see the diplomatic movements between Uganda and Rwanda as a very sobering experience for the two neighbours.

Such relations have always been a difficult bravado given the historical relations between the two countries’ leaders and geographical proximity.

The Uganda-Rwanda relationship has always been intertwined with political developments that have spanned decades. At the center of the relationship is the very important and sensitive question of protection of refugees and those who flee from persecution. Uganda has been a home to Rwandan refugees from way back in 1959 to date.

And these refugees as of necessity are interested in what is happening in Rwanda. So, when you hear anecdotal statements such as “there is no fundamental problem between Uganda and Rwanda”, just know that there is a big problem.

The failure by President Museveni to attend the African Union extraordinary summit in Kigali last week and the refusal of President Paul Kagame to attend the East Africa Community summit in Kampala earlier are telling of whence the relationship between the two countries has gone.

So, there has been some disquiet between Kampala and Kigali for some time now.  Kigali has been unhappy ever since a group of about 40 young men were intercepted intending to travel through Tanzania and Burundi using Ugandan passports with intentions of going over to Democratic Republic of Congo, where there are simmering tensions over the security of Rwanda.

Uganda, on the other hand, has its own version of what it considers irrevocable things that Rwanda has done on a number of individuals who have sought asylum in Uganda. Because of the proximity of the two countries and their geographical and social relations, it is easy to know what happens over the border.

So, when I saw the aura and seemingly easy meeting between President Museveni and Paul Kagame over the weekend, it dawned on me that it was diplomacy at its best.

But behind the curtain are very serious unresolved matters and given time and space, the same matters will raise their ugly faces once more.

Currently, President Kagame is the chairperson of the African Union and has been spearheading reforms of the continental body.

So, for him to find the humility to decide to visit his old mentor, and not Museveni visiting him, is a sign of maturity. And that Museveni skipped the AU summit in Kigali that was essentially discussing a topic close to his heart was also telling.

Does Kampala lose anything by being at odds with Kigali? Does Kigali lose anything by quarrelling with Kampala? If the geographical, political and economic factors were well understood, it makes sense that Rwanda keeps safe relations with Uganda.

Other than being its easiest friendly neighbour and the route to the Mombasa seaport, Uganda has a long historical affinity with Rwandans, particularly those in government.

Kampala could easily be counted as the second home of the major actors in Rwanda and, given the geographical setting in the region, there is no other place Rwanda would like to look.

Save for Uganda, the other neighbours of Rwanda are not very friendly. Burundi, with President Pierre Nkurunziza, has  not minced words about its relationships with Kigali. With counteraccusations of harbouring dissidents and supporting opposition elements, Kigali has not known how well to deal with Bujumbura.

Across the other border of DRC lies possibly the most worrying group for the entire Rwanda, with the threat of Hutu rebels lurking near the border. It’s a matter that will hang around for some time, now 24 years after the 1994 genocide.

On the eastern part of the country lies Tanzania, which is simply unpredictable, depending on the temperament of the leader in office.

When immediate former president Jakaya Kikwete suggested that Kigali holds dialogue with the Hutu rebels based in DRC, Kagame nearly went to war with Tanzania. At one point, President Kagame showed grit and anger when he said he would get Kikwete and strike at him hard where it hurts most.

Thus, for all this, Uganda becomes the safest and natural easy border that affords Rwanda the rear that is needed. The East African Community configuration notwithstanding, there are more Rwandans that have social and economic affiliations to Uganda. So, keeping the doors open works well for them.

I was recently at Chanika post on the Uganda- Rwanda border in Kisoro that is probably one of those places where you wonder why we have border posts.

Locals crisscross this imaginary border with ease without the hassles of identity; the only identity you need is for you to look like an ordinary villager and not cause any sort of suspicion. Just don’t look affluent. And as a good national, don’t argue with any customs or immigration official. You will be safe.

The author is a human rights expert.

And as is with our politics and the way state affairs are conducted and in this case personalised it effectively boils down to : Does Kagame owe M7 , and does M 7 owe Kagame.

Ugandans on the most part feel that the Rwandese owe them on two fronts, firstly hosting them or providing them with are a home when they were refugees, and also making it possible for them to launch the attack that enabled them to go back home.

And rightly the Rwandese were treated better in Uganda than in any of the other countries where they ended up as refugees.

The Rwandese on the other part feel that they played a big part in helping us ( read M 7) come to power, but on the other hand feel that in some cases some of them were treated purely as refugees and undesirables.

This, like said earlier gets a little complicated then when egos come into play as well as sense of entitlement.
Report to administrator
0 #3 Ssebunnya Fredrick 2018-03-28 17:24
The two gentle men suffer from paranoid personality disorder !

truthfully a person's theories and practices are strongly influenced by attitude and personality keeping other factors constant !
Report to administrator
+2 #4 Jama 2018-03-28 17:58
After conquering power in Uganda in 86, then Rwanda which was a peaceful and stable multiethnic nation.

The next step was DRC ,where they installed Dezire kabila as a puppet president.

But.the later foiled their plan ,after training several Congolese army Battalions. He kicked them out of Kinshasa and they.later formed rebel groups in eastern Congo.

So kabila fortified his grip on power,with the help of Zimbabwe, Angola and Namibia against a mono ethnic leadership from Uganda, Rwanda and Burundi.

The defeat in Kinshasa was the of the decline of this empire. This brought division,with Uganda and Rwanda each creating a Congolese puppet group to support.

The adventure which claimed millions of lives and some termed as an African world war.

Don't forget the two armies battled in Kisangani with Uganda suffering heavier casualties. Another blow to the extension of this empire came when nkurunziza a member of the opposite ethnic group,was elected in Burundi.
Report to administrator
+3 #5 Jama 2018-03-28 18:07
The relationship between the two men is like father and son.

Master and student.But of no interest to any patriotic Ugandan.
Report to administrator
0 #6 Akot 2018-03-29 13:37
ejakait engoraton, agreed!

What will happen to Ugandans when museveni will own Uganda & Rwandese not wanted by Kagame-Tanzania-DRCongo will have Uganda as their country?

Museveni wants to show Kagame that he too, can be a real dictator in a country of his own!

What a pitty Ugandans don't see they are losing their country to rwandese!!!

Congolese woke up but they still have to UNITE around just 1 leader to be in force face to Kabila!

Until then, there will be more & more Congolese fleeying to Uganda, unaware it's the last country they should take refuge in because it's in the hands of rwandese too!

Yet as it is, Kagame-museveni-Kabila won't stop trying to make the entire zone rwandese territory, unless Ugandans-Congolese stop them!

What is the use of being tribal leader in Uganda when ALL will be tribal landless/foreigners in the end?